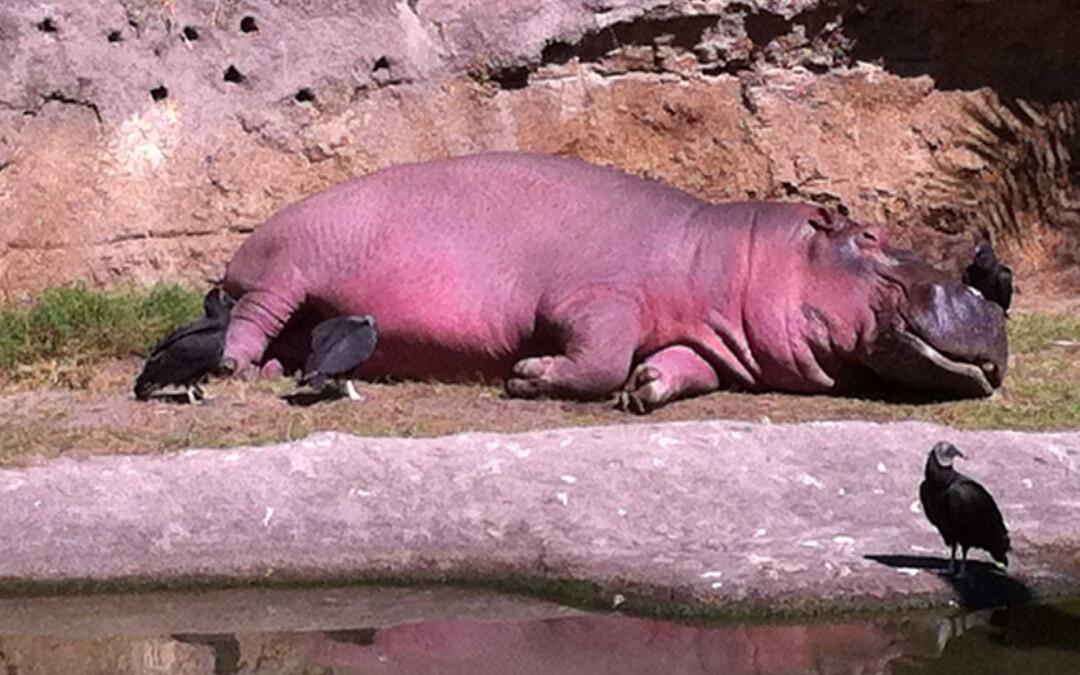 Hippopotamuses are among the largest living land mammals, being only smaller than elephants and some rhinoceroses. Unlike most other semiaquatic animals, the hippopotamus has very little hair. The animals’ upper parts are purplish-gray to blue-black, while the under parts and areas around the eyes and ears can be brownish-pink. Their skin secretes a natural sunscreen substance which is red-colored. On its skin are pores, which exude droplets of moisture containing red pigment. As light is reflected through these droplets they appear red, giving rise to the statement that hippos “sweat blood.” The secretion is sometimes referred to as “blood sweat”, but is neither blood nor sweat. The hippo version of sweat, which is red-orange, contains pigments that can block microbial growth and some ultraviolet light. This secretion is initially colorless and turns red-orange within minutes, eventually becoming brown. Two distinct pigments have been identified in the secretions, one red and one orange. The two pigments are highly acidic compounds. Both pigments inhibit the growth of disease-causing bacteria; as well, the light absorption of both pigments peaks in the ultraviolet range, creating a sunscreen effect. Nevertheless, this natural sunscreen cannot prevent the animal’s skin from cracking if it stays out of water too long.