Climate change could cost U.S. $2 trillion each year by the end of the century, White House says 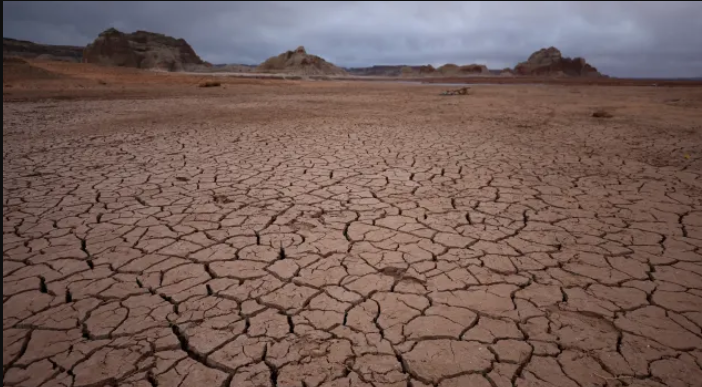 Floods, drought, wildfires and hurricanes made worse by climate change could cost the U.S. federal budget about $2 trillion each year — a 7.1% loss in annual revenue — by the end of the century, the White House said in an assessment on Monday.

The analysis by the Office of Management and Budget, which administers the federal budget, also warned the U.S. government could spend an additional $25 billion to $128 billion each year in areas such as coastal disaster relief, flood insurance, crop insurance, health-care insurance, wildland fire suppression and flooding at federal facilities.

“The fiscal risk of climate change is immense,” Candace Vahlsing, the OMB’s associate director for climate, and Danny Yagan, its chief economist, wrote in a blog published on Monday.

“Climate change threatens communities and sectors across the country, including through floods, drought, extreme heat, wildfires, and hurricanes that affect the U.S. economy and the lives of everyday Americans,” they wrote. “Future damages could dwarf current damages if greenhouse gas emissions continue unabated.”

The OMB’s analysis warned that intensifying wildfires could increase federal fire suppression costs by between $1.55 billion and $9.60 billion each year, representing an increase between 78% and 480% by the end of the century. Meanwhile, more frequent hurricanes could drive up annual spending on coastal-disaster response to between $22 billion and $94 billion by 2100.

Additionally, 12,000 federal buildings across the country could be flooded by 10 feet due to rising sea levels, with total replacement costs of more than $43.7 billion, the analysis said. That scenario would be on the high side, though. A 2021 report from the U.S. National Oceanic and Atmospheric Administration predicted a range of sea level rise in the U.S. between 0.6 meters (nearly two feet) and 2.2 meters (just over seven feet) by the end of the century.

President Joe Biden last week released his 2023 budget proposal, which called for nearly $45 billion in new funding for climate change, clean energy and environmental justice programs. The budget, which includes an increase of nearly 60% in climate funding over the 2021 fiscal year, comes as Biden’s core legislation to address climate change is stalled in Congress.

The climate portion of the $1.75 trillion House-passed bill, called the Build Back Better Act, would be the largest-ever federal clean energy investment and could help the U.S. get about halfway to the president’s pledge to curb emissions in half by 2030, according to the nonpartisan analysis firm Rhodium Group.

Earlier this year, Biden said he would likely need break up the plan, but maintained that he believes Congress would still pass parts of it, including $555 billion in climate spending.