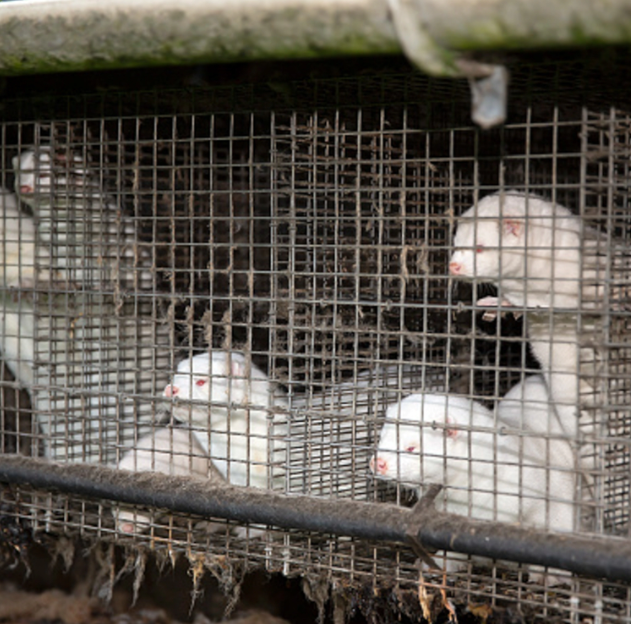 A trove of government documents obtained by National Geographic provides the first behind-the-scenes look at the U.S. Centers for Disease Control and Prevention’s (CDC) investigation into a suspected COVID-19 animal-to-human spillover event in Michigan in late 2020. The documents, and the agency’s statements in response to them, make clear the CDC was aware that mink on a fur farm may have infected humans at least three months before it quietly updated its website in March 2021.

Coronavirus researchers say the delay in publicly sharing this suspected spillover event may have hindered their ability to effectively monitor spread of the SARS-CoV-2 virus, which experts warn could take hold in another species, mutate, and then jump back to humans as a more dangerous or transmissible variant.

“This should keep reminding us that transparency is important, and the quicker you know things, the quicker you can act,” says Scott Weese, the director of the Centre for Public Health and Zoonoses at the University of Guelph, in Canada. Earlier information about the suspected spillover cases could have helped other countries improve their pandemic surveillance and responses, he says.

These thousands of pages of documents, released under the Freedom of Information Act and largely redacted, include emails between the CDC and Michigan public health officials, who formally requested the agency’s help on October 8, 2020, after the state confirmed that mink on a fur farm were infected. Emails show that within days, the CDC sent four veterinary epidemiologists to Michigan, where the team took virus samples from mink at the farm and people in the surrounding area as part of an investigation into how the virus spread.

Ultimately, genome analyses of virus samples from two mink-farm workers and two people with no known connection to mink showed that they were infected with a unique coronavirus variant previously identified in mink and in mink-to-human transmission in Europe. (Read more: Widespread coronavirus infections among mink on fur farms have cast doubt on the future of the industry.)

The CDC defended its decision not to make a formal public announcement of the findings, which got little media coverage beyond a story in the Detroit Free Press in April 2021—a month after CDC updated its website. Spokesperson Nick Spinelli told National Geographic in an email that all “relevant information” was eventually posted on the CDC’s website and that because similar cases had been documented in Europe, the news wasn’t “surprising or unexpected.”

Spinelli added that the genomes of those four virus samples were public knowledge because they’d been uploaded to GISAID, a public global coronavirus database, between November 4, 2020, and February 23, 2021. The database, however, requires users to register for an account, know how to navigate the site, and understand genome sequence mapping.

Throughout the CDC’s investigation, the agency’s spokespeople repeatedly told National Geographic that there was “no evidence of mink-to-human spread in the United States,” including in an early January 2021 email. Yet internal emails and statements from Spinelli indicate that wasn’t the case: By November 4, 2020, the two Michigan farmworkers’ virus genomes were known to have the mink-associated mutations, and by late December, the third case’s genome had been sequenced and uploaded to GISAID as well.

No increased risk
There’s no indication that mink play a significant role in the spread of the virus among people or that the mink-associated variant circulated in the Michigan community long-term, Spinelli says. And Michiganders did not need to take any additional precautions at the time, according to Angela Rasmussen, a virologist at the University of Saskatchewan, in Canada, because safety recommendations, including wearing masks and social distancing, would have remained the same.

These four cases in Michigan are the only suspected mink-to-human coronavirus infections in the U.S., according to the CDC. Beyond mink, the only other animals believed to have passed the virus to humans are a white-tailed deer in Canada and a hamster in Hong Kong.

A growing number of other species—including lions, tigers, gorillas, hyenas, dogs, and cats—have been found to be susceptible to the coronavirus, but it’s unlikely that they’re playing a big role in the spread of COVID-19 among people, the CDC and other experts have said. (Read more: Why you shouldn’t worry about your pet giving you the coronavirus—or vice versa.)

Lack of information
Spinelli says the CDC can’t say with certainty that mink passed the virus to humans. “Because there are few genetic sequences available from the communities around the farm, it is impossible to know for sure whether the mutations came from mink on the farm or were already circulating in the community,” he says.

But other experts say that although mutations occur randomly, it’s unlikely the variant came from anywhere else. “The more mutations you get, the less likely that it [happened] by random chance,” Weese says.

The lack of definitive answers in investigations like this underscores the need for more investment in genome sequencing of the virus—from infected humans as well as animals, Rasmussen says. With more genome sequencing, epidemiologists could better fill holes in their mapping and understand how the virus moves from one person—or animal—to the next.

Little is known about the four people in Michigan, but the fact that two of them—who live in the same house, the CDC says—got the mink-associated variant despite having no connection to the mink farm suggests the variant had spread beyond the farm and into the community and continued to circulate for months.

All four people have made a full recovery, Spinelli says, and the affected farm’s surviving mink later tested negative for the virus.

The emails also show that Illinois initially was reluctant to allow mink pelts from the Michigan farm into the state—though it eventually accepted more than 17,000 in November 2021. The correspondence also makes clear that the CDC and public health officials in several states were concerned about the mental health of mink farmers, who have seen widespread outbreaks of the coronavirus in their animals and growing calls for the end of the mink fur industry.

In February 2022, the U.S. House of Representatives passed legislation that would ban mink farming nationwide. It has yet to pass in the Senate but has strong support from animal welfare groups that charge the industry is both too risky for humans and inhumane.

Ireland passed legislation in March that would ban fur farming. And in 2020, Denmark and the Netherlands, both major mink breeders, killed their millions of farmed mink because of coronavirus spillover concerns. The Netherlands voted to end mink breeding immediately, speeding up the planned shutdown of its mink industry