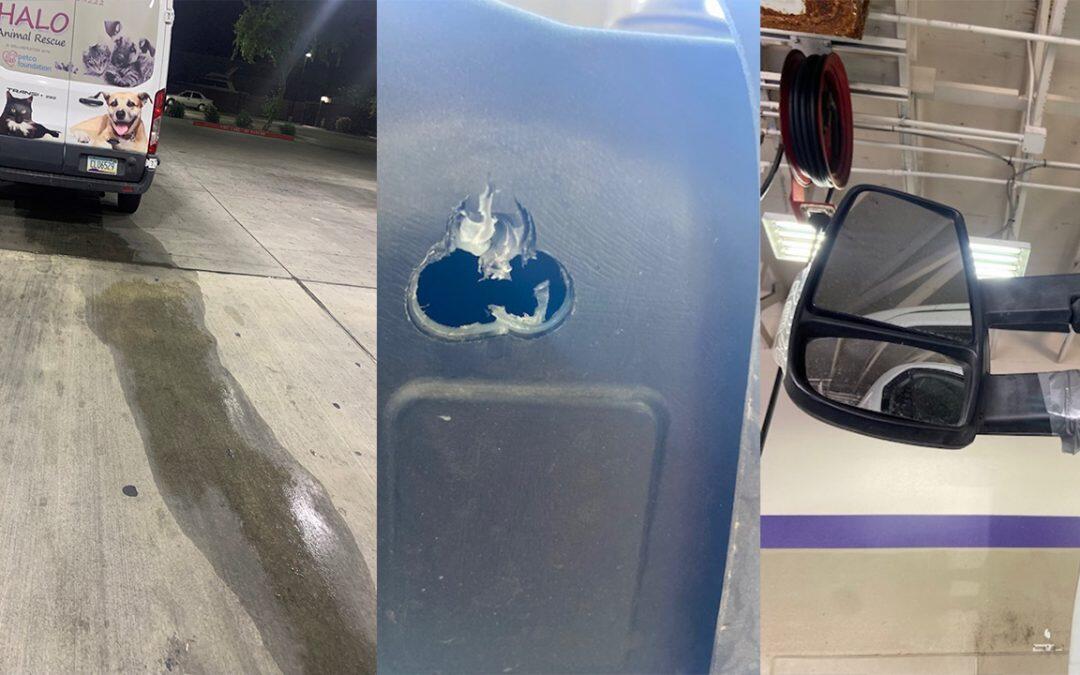 A Phoenix area animal rescue was vandalized, and officials with the organization say it was their cars that were targeted.

The act was discovered after crews noticed their transport vans were leaking fuel. Staff members say someone drilled holes in their gas tank, and also caused damage to one of the mirrors

“You know, we really want to focus on rescuing and not having to deal with, you know, calling the police and dealing with insurance and being down a vehicle, just all of the juggling that goes along with it and the feeling of being violated,” said Heather Allen, President and CEO of HALO Animal Rescue.

HALO Animal Rescue’s transport team in north Phoenix was just leaving for a trip to pick up 35 rescue dogs in Rocky Point, Mexico when they noticed something wasn’t quite right.

“Stopped at the gas station to fill up, and as we were pumping the gas, we noticed that it was just landing onto the ground,” said Allen.

After taking it to a repair shop, they learned someone had drilled holes into their van’s gas tank, and also caused damage to the drivers side mirror…

“I suspect that somebody did it because they feel very desperate,” said Allen. “Gas prices are pretty high. It’s not really an excuse. I mean, I feel like people need to, you know, find a legitimate way to get what they need, and it is very sad.”

The incident that was discovered on March 31 was not the first time HALO Animal Rescue was targeted. About a week ago, their security footage picked up someone detaching a hose from their gas tank to siphon gas. Officials with the animal rescue are now worried it could happen again.

For now, however, the non-profit is forced to delay their trip to Mexico to deal with the huge repair bill.

“We work very hard to raise the money that we have, and we want the money to go towards saving the animals, and you know, this gas tank has to be purchased from a dealership. They don’t make aftermarket gas tanks. So, it’s $2,500 to repair it, and it’s just sad,” said Allen