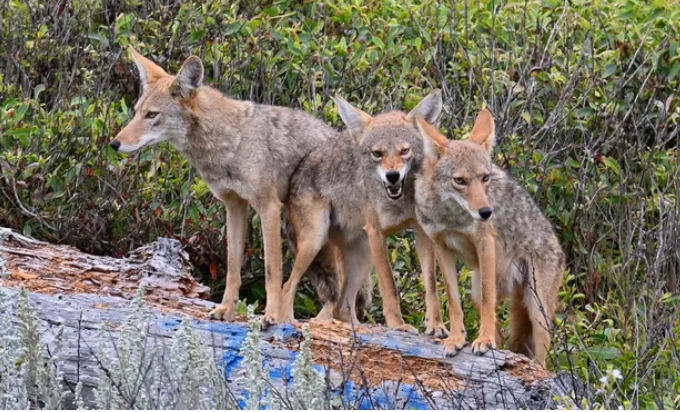 Activists condemn Wildlife Services, a division of the USDA, which says deaths necessary to protect farmers and public health

An obscure division of the US government had a busy – and ruthless – year in 2021, killing more than 1.75 million animals across the country, at a rate of about 200 creatures every hour.

The latest annual toll of Wildlife Services, a department within the US Department of Agriculture, has further stoked the fury of conservation groups that have decried the killings as cruel and pointless. Wildlife Services maintains the slaughter is necessary to protect agricultural output, threatened species and human health.

The 2021 toll shows the killings span a Noah’s Ark of species, including alligators, armadillos, doves, owls, otters, porcupines, snakes and turtles. European starlings alone accounted for more than 1m of the animals killed. A single moose was shot, along with a solitary antelope and, accidentally, a bald eagle.

Wildlife Services targets certain invasive species that it considers a threat to ecosystems, such as feral hogs and a type of giant swamp rodent called nutria, but it also, controversially, kills vast numbers of America’s native species.

Plenty of animals are killed unintentionally, too, with 2,746 unfortunate creatures, including bears, foxes and dogs, exterminated by accident last year. This is partly down to the methods used by Wildlife Services, which deploys leg hold traps, snares and poisons to target animals. The agency uses a variety of other approaches too, such as rounding up and gassing geese or shooting coyotes from helicopters or aircraft.

“It’s stomach-turning to see this barbaric federal program wiping out hundreds of thousands of native animals,” said Collette Adkins, carnivore conservation director at the Center for Biological Diversity. “Killing carnivores like wolves and coyotes to supposedly benefit the livestock industry just leads to more conflicts and more killing. This is a truly vicious cycle, and we’ll continue to demand change from Wildlife Services.”

Last year’s death toll was, in fact, fairly low by the standards of recent years. In both 2008 and 2010, Wildlife Services killed 5 million animals, and as recently as 2019 it killed around 1.3m native animals, a total much higher than last year. Wildlife Services, which has a mission to “resolve wildlife conflicts to allow people and wildlife to coexist”, often acts at the behest of ranchers, state agencies and airports to eradicate animals considered to be damaging to the environment, economic activity or public safety.

But this approach has long been opposed by conservationists who argue the killings are indiscriminate and degrade America’s environment.

The targeting of predators such as coyotes and bears, for example, can disrupt ecosystems and even aid the spread of invasive species. Various and pieces of legislation have failed to curb Wildlife Services’ activities, however, although opposition has placed restrictions in some states, such as California and Washington.

Most contentious is the department’s use of M-44 cyanide “bombs” to kill certain animals. The devices, described by Wildlife Services as an “effective and environmentally sound wildlife damage management tool”, are essentially canisters placed in landscapes that eject a cloud of sodium cyanide when tugged at by animals. It will typically kill foxes, coyotes and other targeted species within five minutes.

The use of M-44 canisters can go awry, however, such as when pet dogs inadvertently trigger them. In 2017, a 14-year-old boy, Canyon Mansfield, was covered by the toxic powder when he encountered one of the devices while walking his dog Kasey behind his home in Pocatello, Idaho. The incident injured Mansfield and killed his dog, prompting calls by environmentalists, so far rebuffed by the federal government, to ban the use of M-44s.

… we have a small favour to ask. Millions are turning to the Guardian for open, independent, quality news every day, and readers in 180 countries around the world now support us financially.

We believe everyone deserves access to information that’s grounded in science and truth, and analysis rooted in authority and integrity. That’s why we made a different choice: to keep our reporting open for all readers, regardless of where they live or what they can afford to pay. This means more people can be better informed, united, and inspired to take meaningful action.

In these perilous times, a truth-seeking global news organisation like the Guardian is essential. We have no shareholders or billionaire owner, meaning our journalism is free from commercial and political influence – this makes us different. When it’s never been more important, our independence allows us to fearlessly investigate, challenge and expose those in power. Support the Guardian from as little