Turning your old tech into cash 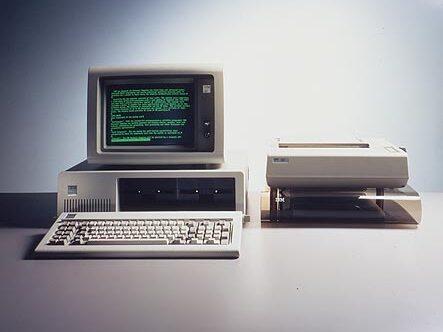 If your junk drawer or cupboards are filled with old tech, you may just be able to turn that tech-trash into some cash.

Marc Saltzman, tech expert and the host of 580 CFRA’s Tech Talk, joins us regularly on CTV Ottawa’s News at Noon to keep us up-to-date on ‘the updates.’

I asked Marc about if he could tell us about potential “tech treasures” stuffed into our closets and attics.

“There are some rare items that can get you a lot of money but it’s not even just tech, anything you have in your home at spring cleaning season, could be valuable to somebody,” says Saltzman.

“Not only are you decluttering in your home, which feels very refreshing, but you’re also putting some cash back in your pocket.”

Know what you are selling and present it well, advises Saltzman.

While a lot of the older technology is just that, old, out-of-date tech, there are some absolute finds.

If you happen to be a forgetful shopper. If you bought some video games a few decades ago, tucked them away and forgot to gift them, you may be in a position to receive a payout, or payday, from a collector.

“If you still have it, and it’s unopened, or at least in mint condition, we’ve seen some (games), I think the record last year was $1.56 million US, for an unopened copy of Nintendo’s Super Mario 64 game for the Nintendo N64 platform, from the mid-90s. That got a record at an auction.”

While that is, of course, a rare find, other games can still hold their value and fetch a nice little profit decades later, as well.

“If you have unopened or mint-condition games or game consoles – like Atari, ColecoVision, Intellivision or Sega — anything like that from the 80s or 90s, wow, go online, places like eBay they’ll give you a rough sense of what you could expect,” explains Saltzman.

“And, as you likely know, eBay lets people bid. It is not a one-time purchase where you likely set your price. People can bid on it.”
An unopened, original iPod may also be worth a ‘pretty iPenny’.

Maybe you bought one as a gift for a girlfriend and that relationship fizzled before you presented it 20 years ago.
If it has been in the dresser drawer all this time, you may feel a bit better about getting dumped way back.

“The original iPod classic–one of them went for $90,000 US. The U2 edition, I think. It was unopened,” says Saltzman.

When I told Marc that my nephew got really excited that my Dad hung onto the old Commodore 64, I asked if that basement find had more than nostalgic value, he said, “Maybe, depending on its condition.”

Old vintage computers – the VIC- 20, the Commodore 64, the original Apple, or Apple IIe – can also get you some cash but don’t expect tens of thousands, says Saltzman.

“But it could be worth a couple of grand, which is still nice but that’s probably what you paid for it in the 80s anyway,” chuckles Saltzman

“Definitely, if it’s in good condition working condition, there are collectors out there who will pay for old tech, including personal computers.”

While it doesn’t count as tech, old turntables do put a glint in the eyes of the 20-somethings. Do they hold value?

“Unless it was a rare one, vintage turntable or something really old that’s in great condition but the vinyl may hold value.”

Here’s an example that will have you shake, rattle and rolling all the way to the bank.

You can say happiness again if you were the seller of this one-off pressing album.

“It was open but it was in mint condition. So yes, if you have old vinyl and it’s not scratched, there are places you can go online that will give you a rough idea of what it goes for among collectors,” Saltzman advises.