A Healthy Dose of Guilt 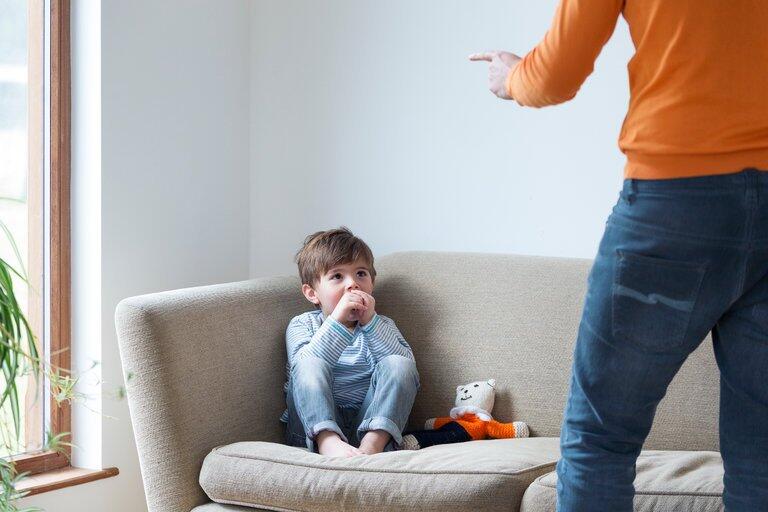 Guilt can be a complicated element in the parent-child equation; we feel guilty, they feel guilty, we may make them feel guilty and then feel guilty about that. But certain kinds of guilt are a healthy part of child development.

Tina Malti, a professor of psychology at the University of Toronto who has studied the development of guilt in children, considers guilt an emotion similar to empathy.

“Moral guilt is healthy, good to develop,” she said. “It helps the child refrain from aggression, antisocial behavior.”

A child who has made another child cry might have an empathic reaction, she said, and feel bad because the other child is sad. Or he might feel guilty because whatever he did to the other child violated his own standards of right and wrong. “Those two reactions can be entirely independent, or can go together.”

There is a developmental pathway for guilt, Dr. Malti said; very young children may cry if they break a toy, but children do not have enough understanding of other people’s perspective to experience the more complex emotion of guilt until around age 6. By then, she said, most children report guilt in response to transgressions, and that can help them treat other people kindly. “There’s lots of evidence that healthy guilt promotes children’s prosocial behavior,” she said.

Guilt and shame, two qualities completely lacking in the current version of the Republican Party and its Clown president.

A complete lack of empathy or a sense of guilt or shame allowed Donald Trump to become president.Obviously for the children of Generation…

Count this as another area where our parents and grandparents probably had it easier than parents do today — they probably didn’t worry too much about making their children feel guilty. They might even have invoked the S-word — shame — as in, “You should be ashamed of yourself.”

I don’t know about you, but that one wasn’t actually in my parental armamentarium. If I had said it, I would probably have felt — wait for it — guilty.

The usual distinction is that guilt is the internal emotion, what you feel inside when you know you’ve done wrong or caused harm. Shame is external; it’s what you feel before the judgment of other members of your family or your society who know of your transgression. But that distinction is a little simplistic, said Roy Richard Grinker, a professor of anthropology at George Washington University, because “in the absence of an audience, we can feel shame just imagining it.” Part of growing up in your culture is “a kind of internalization of the values that a society holds,” he said.

For Colin Leach, a professor of psychology at the University of Connecticut, both guilt and shame are loaded terms. “What really matters is the way adults and also kids think about missteps or mishaps,” he said, “how much they believe they themselves or their relationships can be improved with effort.”

Dr. Helen Egger, chairwoman of the department of child and adolescent psychiatry at New York University, said that guilt reflects what is called “theory of mind,” that is, a child’s developing understanding that other people have feelings and a point of view; “children have to have developed a theory of mind, self and others, to be able to feel guilt.” And rarely, if a child doesn’t develop the capacity to feel guilt, she said, “when you have lying or lack of guilt, the child seems to have a reduced capacity for empathy.”

For example, she said, you might worry about a child who shows a pattern of more deliberate aggression, hitting another child in order to get something, rather than out of anger, then not responding to the other child’s distress.

Guilt is part of children’s normal development, and we don’t actually want to see children grow up without it, but we also worry that they may judge themselves too harshly, or feel responsible for things that are well beyond their powers (the classic one would be the child who blames himself for his parents’ fighting, or even divorcing).

With younger children, Dr. Egger said, guilt can get mixed up with magical thinking and a sense of their own omnipotence, as when they feel responsible for a sibling’s illness or disability. And as children grow, that kind of worrying can be linked to anxiety disorders, she said, especially to generalized anxiety disorder, in which children feel “a sense of being almost always hyper aroused, looking for threats, but also feeling responsible.”

Young children with anxiety are at increased risk of developing depressive symptoms, and “overwhelming guilt is a key symptom of depression,” Dr. Egger said.

So how can parents nurture the development of conscience and moral feelings, but avoid weighing children down with dark feelings of doom? Guilt when it’s constructive should give a child an appropriate sense of power and agency, a realistic determination to do things differently. Focus on specific actions, and not on the child’s character; the message is not that there is something wrong with the child, but that the child chose to do something wrong, with certain results.

Dr. Malti talked about guilt “induction,” in which parents explain the consequences of actions very clearly: “your sibling is crying, and this is because you have damaged his toy.” As a clinician, she said, she has worked with children who showed a lack of guilt, and induction can be very helpful. On the other hand, she has also worked with children weighed down with dysfunctional guilt, in which they feel responsible for the sufferings of other people well outside their control.

“If parents are fighting,” Dr. Malti said, “it’s important to say how this is not related to the child’s behavior.” Otherwise the child may continue to worry, and “this can lead to a more existential type of anxiety or depression.”

Children have to be able to look at their behavior and their relationships, to understand what is actually their responsibility. “They have to have an accurate gauge,” Dr. Leach said. “Feeling a little bad about it can motivate us, but retrospectively ruminating about where we’ve fallen short or being paralyzed by that tends not to be productive and tends to be really psychologically painful and harmful.”

And some children, just like some adults, he said, are more inclined to negative thinking and to blame themselves: “I can’t do anything right … why do I always ….?” Parents and teachers should think about how they respond to mistakes, because the language adults use can either interrupt or reinforce the child’s negative way of thinking. Avoid “language that sends kids the message that something’s wrong with you, as opposed to giving kids concrete strategies for being better going forward.”

“Sometimes children and adults don’t take enough responsibility, some blame themselves too much,” Dr. Leach said.

“Typical kids actually do feel bad when they’ve done something to hurt another person or done something wrong,” Dr. Egger said. “The focus shouldn’t be on making a person feel guilty.” The important developmental step is “their capacity to know right and wrong, to behave in that right way, and when they don’t, to repair it with honesty and straightforwardness.”