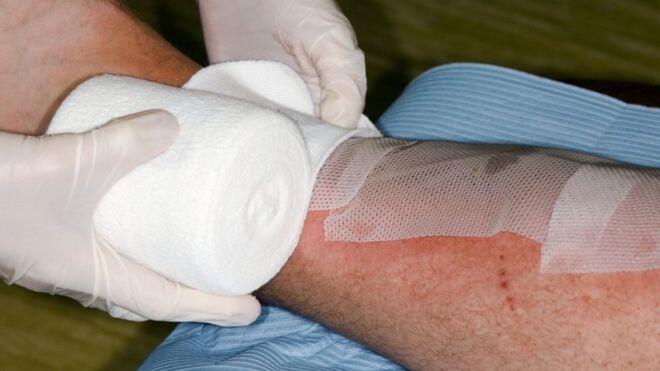 Wounds heal more quickly if they occur during the day rather than after dark, a study suggests.

It found burns sustained at night took an average of 28 days to heal, but just 17 for those that happened in daytime.

The team, at the UK’s MRC Laboratory of Molecular Biology, said they were astounded by the difference they saw in 118 burns patients they studied.

The effect was explained by the way body clock ticks inside nearly every human cell across a 24-hour cycle.

It showed the average 11-day difference in healing times between people hurt at night and during the day.

Fibroblasts are the body’s first responders, rushing to the site of injury to close a wound.

During the day they are primed to react, but they lose this ability at night.

Dr John O’Neill, one of the researchers, told the BBC: “It is like the 100m. The sprinter down on the blocks, poised and ready to go, is always going to beat the guy going from a standing start.”

The researchers think they could use this knowledge to improve surgery.

Some drugs, such as the steroid cortisol, can reset an individual cell’s body clock and may be helpful in night-time procedures.

And everybody’s body clock runs to a slightly different pattern or “chronotype”.

So, it might make sense to schedule operations to keep in time with the patients’ 24-hour “circadian rhythms”.

Both ideas are still untested, though.

Dr John Blaikley, a clinician scientist at the University of Manchester, said: “Treatment of wounds costs the NHS around £5bn, which is partly due to a lack of effective therapies targeting wound closure.

“By taking these [circadian factors] into account, not only could novel drug targets be identified, but also the effectiveness of established therapies might be increased through changing what time of day they are given.”