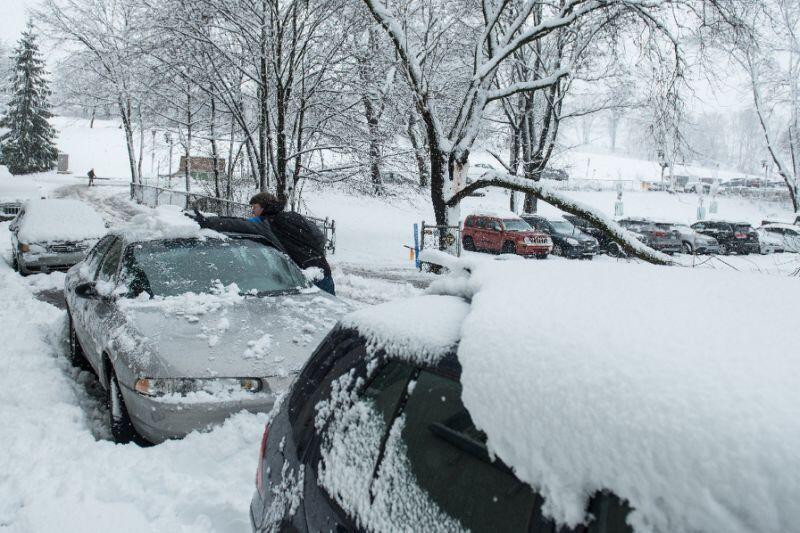 The first major snowstorm of winter slammed eastern Canada from Quebec to the Atlantic island province of Newfoundland on Thursday, causing travel and power disruptions.

The snowfall, which began on Wednesday, was expected to leave significant accumulations by Friday, weather services said.

In Quebec City and along the Saint Lawrence seaway, as much as 30 centimeters of snow was forecast, while the Charlevoix massifs and the Gaspe Peninsula could get more than 40 centimeters.

The storm also blanketed the Canadian Maritimes provinces of New Brunswick and Prince Edward Island as it tracked toward Newfoundland, leaving clogged roads and downed power lines in its wake.

Public transit was brought to a standstill in several cities including Fredericton, New Brunswick, and Quebec City.

Secondary roads in eastern parts of Quebec have been closed, while truck traffic has been banned on the highway network until the snow is cleared and visibility, reduced by blowing snow, returns to normal.

Some 70,000 households, meanwhile, have had their electricity cut off as heavy, wet snow knocked down tree branches and power lines.