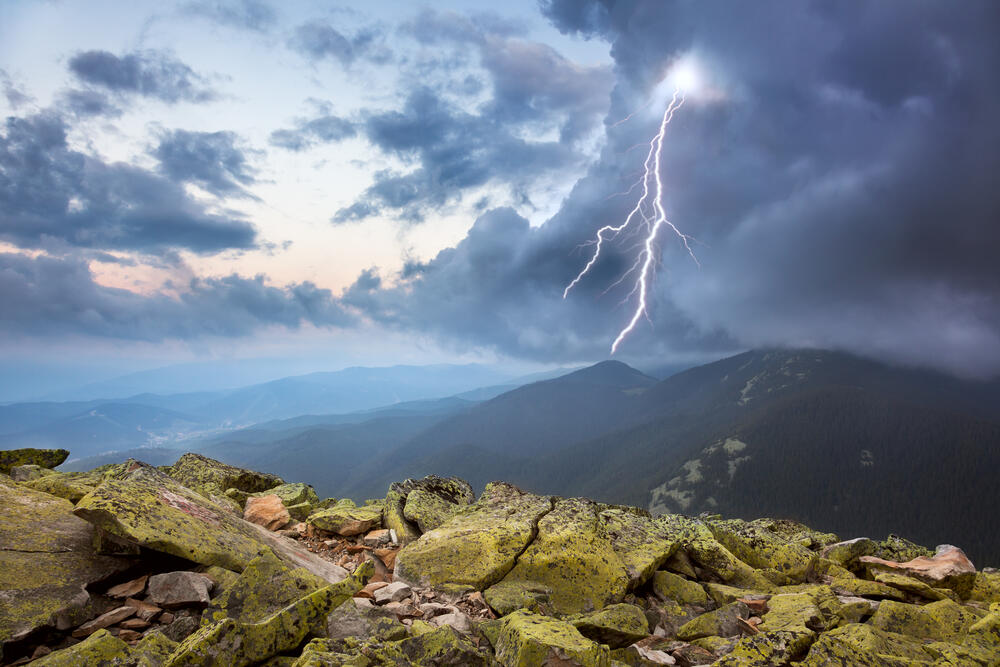 The World Meteorological Organization has published a detailed analysis of the global climate in 2011-2015 – the hottest five-year period on record – and the increasingly visible human footprint on extreme weather and climate events with dangerous and costly impacts.
The record temperatures were accompanied by rising sea levels and declines in Arctic sea-ice extent, continental glaciers and northern hemisphere snow cover.
All these climate change indicators confirmed the long-term warming trend caused by greenhouse gases. Carbon dioxide reached the significant milestone of 400 parts per million in the atmosphere for the first time in 2015, according to the WMO report which was submitted to the U.N. climate change conference.
The Global Climate in 2011-2015 also examines whether human-induced climate change was directly linked to individual extreme events. Of 79 studies published by the Bulletin of the American Meteorological Society between 2011 and 2014, more than half found that human-induced climate change contributed to the extreme event in question. Some studies found that the probability of extreme heat increased by 10 times or more.
“The Paris Agreement aims at limiting the global temperature increase to well below 2 ° Celsius and pursuing efforts towards 1.5 ° Celsius above pre-industrial levels. This report confirms that the average temperature in 2015 had already reached the 1°C mark. We just had the hottest five-year period on record, with 2015 claiming the title of hottest individual year. Even that record is likely to be beaten in 2016,” said WMO Secretary-General Petteri Taalas.
“The effects of climate change have been consistently visible on the global scale since the 1980s: rising global temperature, both over land and in the ocean; sea-level rise; and the widespread melting of ice. It has increased the risks of extreme events such as heatwaves, drought, record rainfall and damaging floods,” said Mr Taalas.
The report highlighted some of the high-impact events, citing statistics on losses and damage provided by other United Nations organizations and partners. These included the East African drought in 2010-2012, which led to an estimated 258,000 excess deaths, and the 2013-2015 southern African drought. Approximately 800 deaths and more than US$40 billion in economic losses were associated with flooding in South-East Asia in 2011. Heatwaves in India and Pakistan in 2015 claimed more than 4,100 lives. Hurricane Sandy, in 2012, led to US$67 billion in economic losses in the United States of America. The deaths of 7,800 people were associated with Typhoon Haiyan in the Philippines in 2013.
The report was submitted to the Conference of the Parties of the United Nations Framework Convention on Climate Change. The five-year timescale allows a better understanding of multi-year warming trends and extreme events such as prolonged droughts and recurrent heatwaves than an annual report.
WMO will release its provisional assessment of the state of the climate in 2016 on 14 November to inform the climate change negotiations in Marrakech, Morocco.

Highlights
2011-2015 was the warmest five-year period on record globally and for all continents apart from Africa (second warmest). Temperatures for the period were 0.57 °C (1.03 °F) above the average for the standard 1961–1990 reference period. The warmest year on record to date was 2015, during which temperatures were 0.76 °C (1.37 °F) above the 1961–1990 average, followed by 2014. The year 2015 was also the first year in which global temperatures were more than 1 °C above the pre-industrial era.
Global ocean temperatures were also at unprecedented levels. Globally averaged sea-surface temperatures for 2015 were the highest on record, with 2014 in second place. Sea-surface temperatures for the period were above average in most of the world, although they were below average in parts of the Southern Ocean and the eastern South Pacific.
A strong La Niña event (2011) and powerful El Niño (2015/2016) influenced the temperatures of individual years without changing the underlying warming trend.

Ice and snow
Arctic sea ice continued its decline. Averaged over 2011-2015, the mean Arctic sea-ice extent in September was 4.70 million km2, 28% below the 1981–2010 average. The minimum summer sea-ice extent of 3.39 million km2 in 2012 was the lowest on record.
By contrast, for much of the period 2011– 2015, the Antarctic sea-ice extent was above the 1981–2010 mean value, particularly for the winter maximum.
Summer surface melting of the Greenland ice sheet continued at above-average levels, with the summer melt extent exceeding the 1981–2010 average in all five years from 2011 to 2015. Mountain glaciers also continued their decline.
Northern hemisphere snow cover extent was well below average in all five years and in all months from May to August, continuing a strong downward trend.

Sea level rise
As the oceans warm, they expand, resulting in both global and regional sea-level rise. Increased ocean heat content accounts for about 40% of the observed global sea-level increase over the past 60 years. A number of studies have concluded that the contribution of continental ice sheets, particularly Greenland and west Antarctica, to sea-level rise is accelerating.
During the satellite record from 1993 to present, sea levels have risen approximately 3 mm per year, compared to the average 1900–2010 trend (based on tide gauges) of 1.7 mm per year.

Climate change and extreme weather
Many individual extreme weather and climate events recorded during 2011–2015 were made more likely as a result of human-induced (anthropogenic) climate change. In the case of some extreme high temperatures, the probability increased by a factor of ten or more.
Examples include the record high seasonal and annual temperatures in the United States in 2012 and in Australia in 2013, hot summers in eastern Asia and western Europe in 2013, heatwaves in spring and autumn 2014 in Australia, record annual warmth in Europe in 2014, and a heatwave in Argentina in December 2013.
The direct signals were not as strong for precipitation extremes (both high and low). In numerous cases, including the 2011 flooding in South-East Asia, the 2013–2015 drought in southern Brazil, and the very wet winter of 2013-2014 in the United Kingdom, no clear evidence was found of an influence from anthropogenic climate change. However, in the case of the extreme rainfall in the United Kingdom in December 2015, it was found that climate change had made such an event about 40% more likely.
Some impacts were linked to increased vulnerability. A study of the 2014 drought in south-east Brazil found that similar rainfall deficits had occurred on three other occasions since 1940, but that the impacts were exacerbated by a substantial increase in the demand for water, due to population growth.
Some longer-term events, which have not yet been the subject of formal attribution studies, are consistent with projections of near- and long-term climate change. These include increased incidence of multi-year drought in the subtropics, as manifested in the 2011-2015 period in the southern United States, parts of southern Australia and, towards the end of the period, southern Africa.
There have also been events, such as the unusually prolonged, intense and hot dry seasons in the Amazon basin of Brazil in both 2014 and 2015, which are of concern as potential “tipping points” in the climate system.