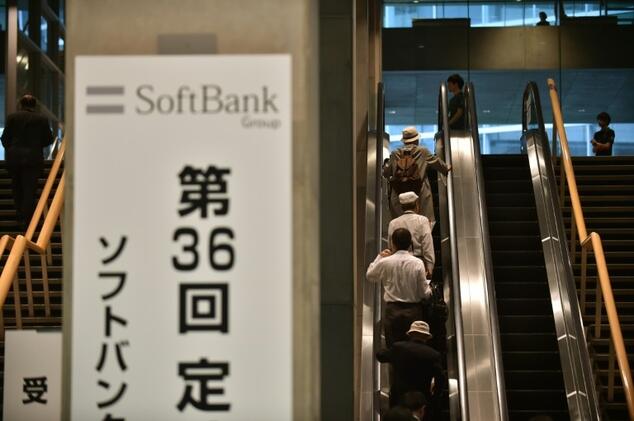 The sharp drop bucked an upward trend in the broader market after a three-day holiday, tracing another record close on Wall Street.

The firm said it would offer £17 for each ARM share, a premium of around 43 percent compared with Friday’s closing price, sending ARM rocketing more than 40 percent in London.

But Softbank’s stock took a pummelling as investors turned up their nose at the bid price, reigniting concerns about its balance sheet after a string of earlier acquisitions — including US-based mobile giant Sprint — raised fears over its finances.

SoftBank has been selling off some assets, including gamemaker Supercell and trimming its investment in China e-commerce company Alibaba.

But it had more than $100 billion in debt at the end of March.

“The deal on ARM is causing (the plunge), as the price was rather expensive which led to concerns over interest-bearing debt and possible downgrading of SoftBank’s rating,” Hiroaki Hiwata, strategist at Toyo Securities, told AFP.

The all-cash offer was unanimously backed by ARM management, and British Prime Minister Theresa May declared that the record Asian investment proved “Britain is open for business”, just weeks after the country voted to leave the European Union.

ARM develops and licenses technology central to digital electronic devices, including those made for Apple and South Korea’s Samsung.

Analysts said the vast weakening of the pound, in particular against the dollar, since the referendum result is making British companies attractive for foreign groups.

But the deal left some analysts scratching their heads.

“This is not internet, this is not e-commerce, this is more on the chip design licensing which is completely divergent from (previous deals) so it is highly inconsistent with was it has done so far,” Atul Goyal, senior equities analyst at Jefferies, told Bloomberg TV.

A broadly weaker yen helped exporters. The dollar was at 105.92 yen in Tokyo, against 106.14 yen in New York but well up from the levels around 100 yen seen at the start of the month.

“US stocks and currencies have been moving calmly, and it looks like Japanese shares will be able to do well after the three-day weekend,” said Toshihiko Matsuno, chief strategist at SMBC Friend Securities, told Bloomberg News.

Japanese financial markets were closed Monday for a public holiday.

Nintendo soared 10.79 percent to 30,780 yen, becoming more valuable than Sony, with its shares doubling since July 6 at the time of the release of the wildly popular Pokemon Go smartphone game.

McDonald’s Japan jumped 9.37 percent to 3,325 yen after it started giving away Pokemon figurines such as Pikachu with sales of Happy Meals on Friday.

“Investors are flocking to Pokemon-related stocks and McDonald’s Japan is one of those benefiting from the boom,” Mitsushige Akino, a Tokyo-based executive officer at Ichiyoshi Asset Management, told Bloomberg News.