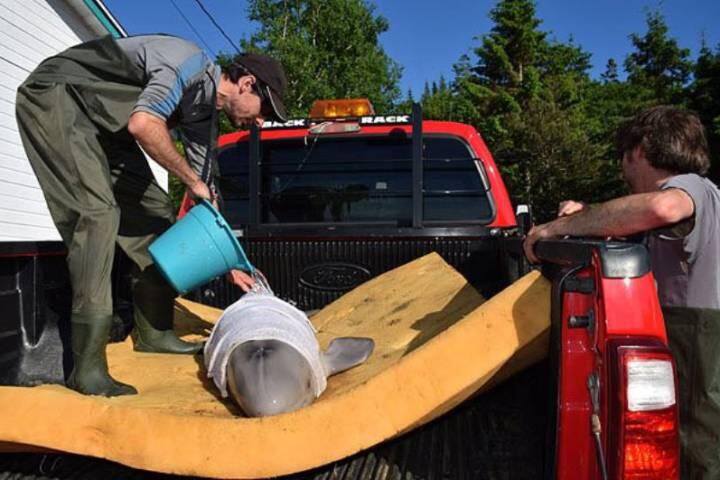 A marine team in Quebec was called in to help a baby beluga whale found stranded on the beach on the St. Lawrence River.

Officials at the Group for Research and Education on Marine Animals (GREMM) received a call from vacationers who found the female calf in Riviere-du-loup around 1 p.m. ET Thursday.

While the calf integrated into the pod, no female showed signs of adopting it.

“For now, we do not yet know the outcome of the story,” Michaud told Le Devoir.

“It is estimated that the probability of a rescue like this works are very low.”

He said there were already two female whale carcasses found this year, and there is a unusally high mortality rate among the whales.

World Wildlife Fund Canada says the belugas are endangered and said they are affected by pollution in the water.

“In fact, toxins in belugas reach such high levels that some beluga carcasses have had to be classified as ‘toxic waste,’” WWF-Canada representative Emily Giles wrote in a blog post.