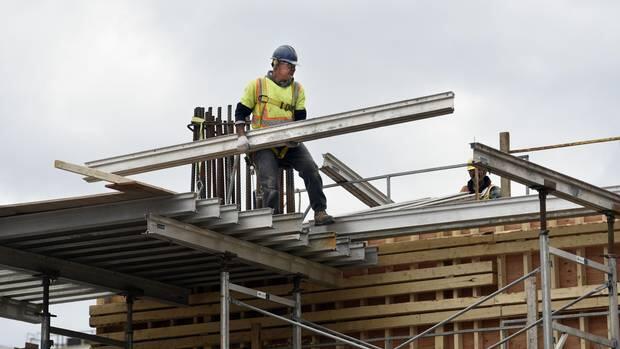 Canada’s unemployment rate dropped to its lowest level in nearly a year but Alberta’s labour market took another beating in wake of the wildfires and low oil prices.

The country’s jobless rate fell to 6.9 per cent in May from 7.1 per cent in April, marking its lowest level since last July. A net 14,000 jobs were created last month, thanks to a surge in construction and public administration positions, according to Statistics Canada’s monthly labour report.

Alberta, however, shed 24,000 positions in May, with half of the declines in the natural resources sector. The province was already suffering from the oil downturn before wildfires burned down parts of Fort McMurray, forcing more than 80,000 people to leave the area and shuttering oil sands production.

Alberta’s jobless rate jumped to 7.8 per cent from 7.2 per cent, while the number of hours worked across the province fell 5.1 per cent, the largest monthly drop in three decades.

The government’s labour report, released on Friday, provided the first glimpse of the fallout from wildfires. But because Statscan was unable to conduct its monthly survey in Fort McMurray, the full extent of the damage was unclear.

“The net effect of the wildfires was understated in this report,” said Benjamin Tal, CIBC’s deputy chief economist.

Royal Bank of Canada said the monthly report “does not reflect the direct impact of the wildfires though it did capture some of the ‘knock-on’ effects elsewhere in the province.”

Statscan said the impact of not collecting data in the region was minimal on employment estimates given the oil sands city accounted for 2 per cent of the province’s population. The agency plans to conduct another survey that looks specifically at how the wildfires affected workers in the Fort McMurray area.

Nationally, factory jobs rebounded after two consecutive months of losses, although over the past 12 months employment in the manufacturing sector is down 1.4 per cent.

The public sector created 30,000 new jobs while the private sector lost 5,400. However, some of the public sector jobs are temporary and were created to conduct the 2016 census.

Although this was only one month of losses, one economist warned that if this becomes a trend that could spell problems for the province’s housing market.

“The fate of the housing market is very much linked to the health of the labour market,” Charles St-Arnaud of Nomura Securities said. “The only way housing is sustainable is you need income to stay at the same level. The biggest risk to the housing market is if you see a string of losses,” he said.

The Bank of Canada warned this week that soaring home prices in Vancouver and Toronto are unsustainable.

Analysts polled by Bloomberg had expected the economy to create 1,800 jobs and the jobless rate to rise one notch to 7.2 per cent.

Source: The Globe and Mail