Stephen Hawking tells the world what is more dangerous than Trump 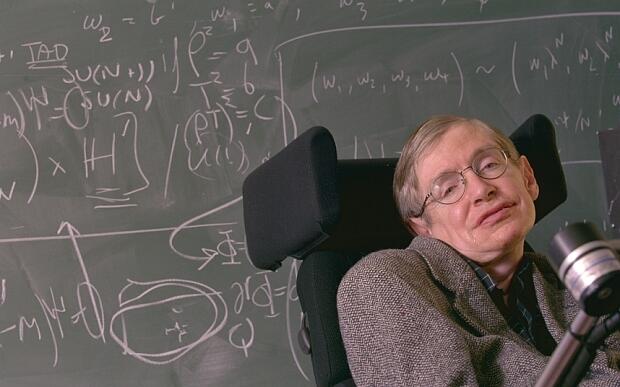 Stephen Hawking; you might have heard this name many times, and you might as well know that he is a very famous person without knowing what he is really famous for.

Hawking is an English theoretical physicist, cosmologist, author and Director of Research at the Centre for Theoretical Cosmology within the University of Cambridge.
Hawking was the first to set forth a theory of cosmology explained by a union of the general theory of relativity and quantum mechanics. He is a vigorous supporter of the many-worlds interpretation of quantum mechanics.
He has a rare early-onset, slow-progressing form of amyotrophic lateral sclerosis (ALS), commonly known as motor neuron disease in the UK, that has gradually paralyzed him over the decades. He now communicates using a single cheek muscle attached to a speech-generating device. Hawking married twice and has three children.
“Can’t explain Trump’s Rise”

Whatever this man says is considered very important to study, and is considered “confirmed” information. He is regarded by many people as the smartest person in the world. His explanation of the deepest theories of time and space has made many people follow his words, and adopt them. What is the newest saying by Hawking? And why is it going so viral on social media?
It is known that the Republican presidential nominee Donald Trump is hated by many people around the world, due to his discrimination and hatred speech towards refugees, Muslims, and many other people in the world. But what does Stephen Hawking have to do with this?
In an interview with the British news station “ITV News”, the famous physicist said that “he can’t explain Trump’s rise,” adding that “He is a demagogue, who seems to appeal to the lowest common denominator.”

“Climate Change is the real threat… and not Trump”

According to Hawking, “the greatest threat in America or the world is not Donald Trump, but human-caused climate change.”
Now many scientists, studies, and research, have been confirming that climate change is a real danger, but how about hearing it from Hawking?
The physicist said that “A more immediate danger is runaway climate change,” adding that “A rise in ocean temperature would melt the ice-caps, and cause a release of large amounts of carbon dioxide from the ocean floor. Both effects could make our climate like that of Venus, with a temperature of 250 degrees.”
The media outlets in many parts of the world, did not focus on Hawking’s warnings about climate change, but instead, they focused on his warning about Donald Trump. This makes us think about the world leaders’ real concerns about the environment vs. politics, and those of the media as well.
While Scientists say that the impacts of climate change will include sea-level rise, more extreme weather, food shortages, and increased violent conflicts, Hawking has also been speaking about his concerns of the impacts of climate change since 2007.
In January, Hawking noted that though the chance of a disaster on earth in a given year could be low, and that the possibility adds up over time. He listed nuclear war, climate change, and genetically engineered viruses among the top possible causes for our demise.
On the other hand, Trump thinks of climate change in a very twisted manner, to an extent that made him announce that “he will undo essentially every major climate policy developed in the last decade if elected president”. The controversial presidential candidate has also said that “I do not believe climate change exists.”