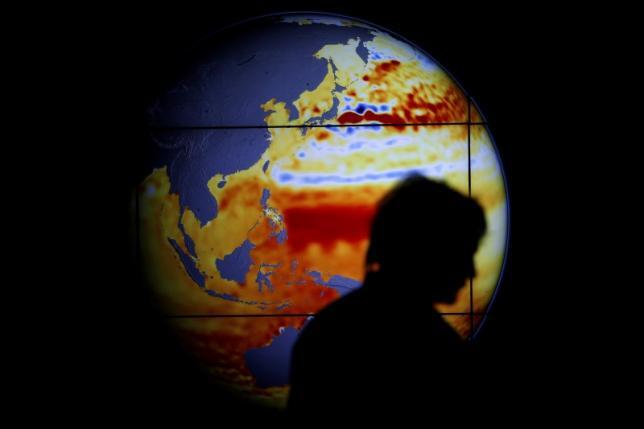 In what became to be the largest ever signing ceremony at the United Nations headquarters in New York, representatives of over 170 countries gathered to sign the climate change agreement reached in Paris last December on Friday 22 of April. With regards to the Arab World, many countries seized the opportunity to reaffirm their commitments to the fight against climate change, among them are: Jordan, Lebanon, Morocco and Qatar.

It has only been four months since the hard-won deal was put together in Paris yet there has been no shortage of extreme whether events, exacerbated through man-made climate change. From record-breaking cyclones in the Pacific to deadly heat waves in India and the worst case of mass coral bleaching across the Great Barrier Reef, the detrimental consequences of climate change show no signs of letting up.

“It is positive to see increasing support for climate action and momentum building behind the Paris Agreement, but now governments have to roll up their sleeves and get to work aligning national climate and development policies with the 1.5C degree warming threshold – which requires a swift and just transition from fossil fuels to 100% renewable energy as well as concerted efforts to bolster the global climate treaty itself,” said Safa’ Al Jayoussi, Head of climate campaign at IndyACT & CAN Arab World Coordinator.

IndyACT is the leading Arab non-governmental organization working on climate change policy. It has engaged in the climate change negotiations since 2008. IndyACT has become a reference for Arab World climate policy to a number of international networks and organizations, such as Climate Action Network International.

Middle East and North African countries are projected to be amongst the worst hit by climate change; making it even harder for nations to provide fresh water and food for their people “Since the 22nd Conference of the Parties to the UNFCCC (COP 22) will be held in Marrakech, Morocco, it is of paramount importance, for our region to finally come together in a show of solidarity and take the lead on this global challenge” Al Jayoussi added.

With the new Global Muslim Climate Network, launched last year, a breath of new hope is starting to blow across the region. The goals of this groundbreaking Climate Network is to advance cooperation and foster engagement of the Muslim community in climate action at local, national and international levels. It could also potentially play a key role ahead of the next major round of climate negotiations.

Furthermore, there are a number of opportunities this year of which governments in the region can capitalize on to boost their national and international climate action and NDCs such as the Arab League Summit in Mauritania, the UNFCCC session in Bonn, and the international climate change negotiations in Marrakesh.

It is also worth noting how far countries such as Jordan and Morocco have come regarding the promotion and implementation of clean energy legislations and projects over the past several years. For instance, Jordan inaugurated the largest utility scale wind power plant (The Tafila Wind Farm) in the Middle East just last year. While Morocco has switched on the Ouarzazate Solar Power Station (OSPS) the world’s largest concentrated solar power plant earlier this year. It is projects such as these that are improving energy security in both countries; putting them on the path towards potentially becoming energy exporters.
“This year, we will be concentrating our efforts and exerting pressure on the Arab governments to go even further in adopting bolder renewable energy targets” said Al Jayoussi.