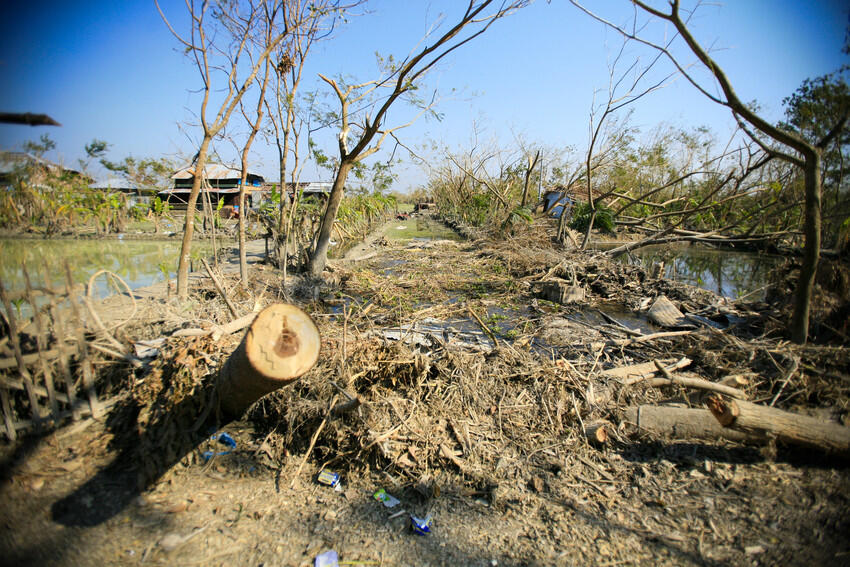 The Islamic Climate Change Declaration will be presented today at the United Nations Headquarters to the President of the UN General Assembly, Mr Mogens Lykketoff.

The occasion will also mark the official launch of the Global Muslim Climate Network as support for climate action within the world’s second largest faith group continues to grow. Today representatives of more than 150 nations including 60 heads of state will sign the Paris Agreement on Climate Change adopted at the UN Climate Change Conference in Paris on 12 December 2015. This will be a record attendance in UN history for a treaty signing ceremony.

The Islamic Declaration on Climate Change being presented was drafted and adopted by the International Islamic Climate Change Symposium (Istanbul 17-18 August), an event co-sponsored by Islamic Relief Worldwide, GreenFaith and the Islamic Foundation for Ecology and Environmental Sciences. It has since been endorsed by over 80 Muslim leaders. The Declaration, being presented to the UN, calls for all nations with the greatest responsibility and capacity to lead the way in tackling climate change to phase-out the use of fossil fuels and shifting to 100% renewable sources of energy.

“Islam teaches us that ‘man is simply a steward holding whatever is on earth in trust’,” says Nana Firman, Co-Chair of the Global Muslim Climate Network. “The Declaration calls upon all nations and their leaders to drastically reduce their greenhouse gas emissions and support vulnerable communities, both in addressing the impacts of climate change and in harnessing renewable energy.”

The new Global Muslim Climate Network, launched today, will strengthen cooperation and advance engagement of the Muslim community in climate action at local, national and international levels – from setting up global grassroots initiatives such as the Green Ramadan project to encouraging Muslim governments to show leadership in the fossil fuel phase-out and transition to renewable energy. This new network can play a key role ahead of the next major round of international climate negotiations ie. the 22nd Conference of Parties to the UN Framework on the Convention on Climate Change (COP 22) taking place in the Muslim-majority country Morocco between 7 -18 November.

“There is a real grassroots movement building across Muslim communities across the globe to reverse the effects of climate change” says Lamia El Amri, Vice-chair of the Board of Trustees of Islamic Relief Worldwide. “With COP 22 taking place in Morocco, the onus is on the governments of Muslim majority countries and religious leaders to step up and play their role in this growing movement.”

Several Muslim leaders were amongst the 270 signatories of the Interfaith Climate Change Statement to world leaders presented to the President of the UN General Assembly at a formal ceremony at the UN Church Center on Monday 18th April – see more at: www.interfaithstatement2016.org