At Oberpleis, a village south of Bonn, in Germany, all the cherry trees are in full bloom. Compared to the opulence of their blossoms, two rows of small-leaf linden trees in a nursery look modest, bare and lean. Still, one of these lindens — “Tilia cordata” in Latin — is growing up to have a a big role at the secretariat of the UN Framework Convention on Climate Change (UNFCCC). As part of a global campaign, it is going to be planted at the Bonn headquarters as a lasting symbol of humanity’s need to resow the earth with forests and woods, which act as the biggest natural absorbers of carbon dioxide from our greenhouse gas heavy atmosphere. 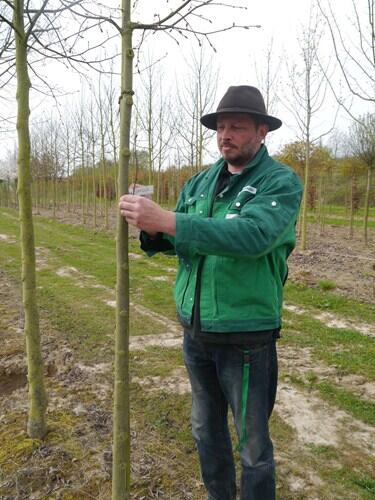 In New York, on April 22, a record number of governments sign the new Paris Climate Change Agreement en route to it coming into force, the same day as millions of people around the globe mark annual Earth Day. “In support of Earth Day — International Mother Earth Day for many — and the signing of the Paris Agreement, governments, cities, companies and citizens have been planting trees; photographing their favourite species or sending and sharing images of trees”, said Nick Nuttall, Head of Communications at the UNFCCC secretariat.

Earth Day’s theme this year is focused on trees with the aim of mobilizing nearly eight billion plantings, or one for every man, woman and child alive by 2020. The young Tilia will soon be on its way to Bonn, to be planted in between the building that hosts the UNFCCC and the Rhine.

“The UNFCCC, in support of this endeavor and to underline the crucial role trees and forests play in all our lives, will be planting our tree in mid-May. This is when governments across the globe meet in the UN city of Bonn for the next round of climate negotiations in order to power up their ambition to implement the landmark Paris Agreement, “  Mr Nuttall added.

For now, UNFCCC’s Tilia cordata looks as if it is still a bit cold in the early spring sun. The nursery’s history is a reflection of the need to reverse the fact that humans are destroying up to 15 billion trees a year, according to latest research. At the tree nursery, which opened in 1968, there are between 3,000 and 5,000 trees but there were 15,000 at its high point. Gardens are getting rarer and smaller in Europe. The last large delivery of trees went from the nursery to a cemetery.

From May 27 onwards, UNFCCC’s symbolic Tilia shall grow at the UN premises at Bonn, reminding any passer-by that trees are humanity’s most important allies for combating climate change and meeting the Paris Agreeement’s goal of restoring the ecological balance of our planet – as early as 2050, if we make the right efforts. Forests are crucial for absorbing carbon, cleaning and cooling the air; acting as natural water pumps to sustain river flows; stabilizing soils; recycling nutrients for agriculture and supporting habitats for wildlife.

It will take 10 years, depending on soil and caring, until the little Tilia will be a grown-up tree, the gardener smiles. But by 2050, it will stand strong on its roots, breathing in atmosphere which by then should still have a nice amount of CO2 for a tree but not too much for the future of a human.