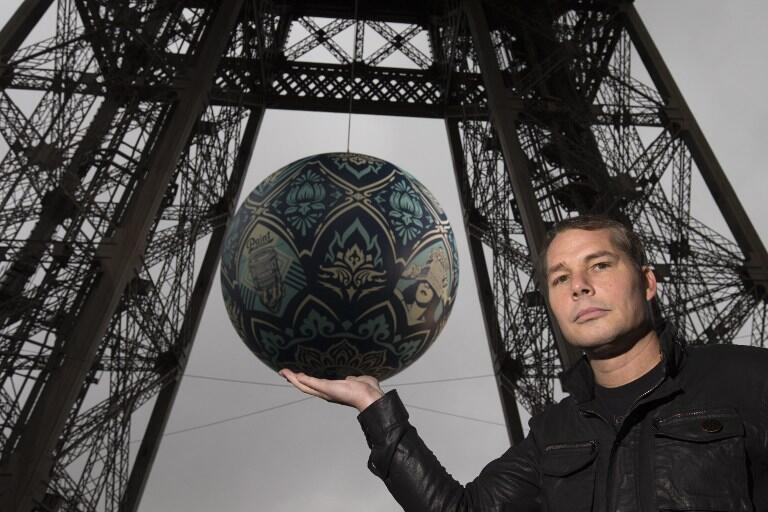 More than 100 companies, including leading global giants, expressed their support today for the Paris Agreement on climate change and called for swift action on the Environmental Protection Agency’s Clean Power Plan, a proposal aimed at significantly cutting carbon pollution in the United States.

The 110 companies, including IKEA, Mars Incorporated, PG&E, Salesforce, General Mills, Kellogg Company, HP, and Starbucks, released a statement organized by a coalition of groups, including the nonprofit sustainability organization Ceres and World Wildlife Fund, during a teleconference today. The statement comes two days before 150 world leaders gather at the United Nations in New York City to sign the Paris Agreement.

“The Paris Agreement represents a turning point for business. It is the beginning of the long-term framework needed for business to transform their operations and invest in low carbon products and services for the future,” said Steve Howard, Chief Sustainability Officer at IKEA. “Now it is time to translate this framework into clear policies and actions. At IKEA, we are committed to do our part. We will continue to invest in renewable energy and to transform our business. By 2020 we will produce as much renewable energy as the energy we consume in our own operations.”

In the statement, the signatories pledged to do their part to “realize [the Paris Climate Agreement’s] vision of a global economy that limits global temperature rise to well below two degrees Celsius.” They also called on U.S. leaders for an investment in the low-carbon economy at home and abroad to give financial decision-makers clarity and to boost investors’ confidence worldwide.

A full list of signatories can be found here.

“Business must continue leading by example, and we at Mars have already declared our own decarbonization commitment to eliminate the use of fossil fuel energy and greenhouse gas emissions from our operations by 2040,” said Barry Parkin, Chief Sustainability Officer at Mars Incorporated. “We are hopeful that continued leadership and progress by the business community will encourage the U.S. to follow through on its COP21 commitment and to successfully implement the Clean Power Plan.”

The Clean Power Plan is a key component of the U.S. pledge to meet emissions reduction targets under the Paris Climate Agreement. Specifically, it would reduce carbon pollution from electric power plants by 30 percent by 2030.

Earlier this year, the U.S. Supreme Court decided to put a “stay” on implementation of the Clean Power Plan until legal challenges in court are resolved.

“We have no time to waste in pointing our economy, our entire economy, down a low-carbon path,” said Mindy Lubber, President of Ceres. “The message we are delivering today is clear: the business community stands firmly behind a plan that will help us get there.”

Earlier this week, investors from across the globe released a letter backing the Paris Agreement and calling on world leaders to sign and accede it quickly.

“Coming out of Paris, momentum is on our side,” said David McCauley, World Wildlife Fund (WWF) senior vice president for policy and government affairs. “While the Clean Power Plan will create the incentives for significant U.S. emission reductions, it is the private sector adjustment to the realities of a carbon constrained world that will enable the U.S. and other nations to meet the promises made in Paris. The grand transition has begun, and these companies are leading the way.”

Today, We Mean Business, a coalition of organizations working with businesses and investors, highlighted the significant increase in climate action in the aftermath of the Paris Agreement, and released a detailed analysis titled, What Paris Means for Business. The analysis provides insight into what companies should expect as the economy continues to undergo a deep transformation post-Paris.