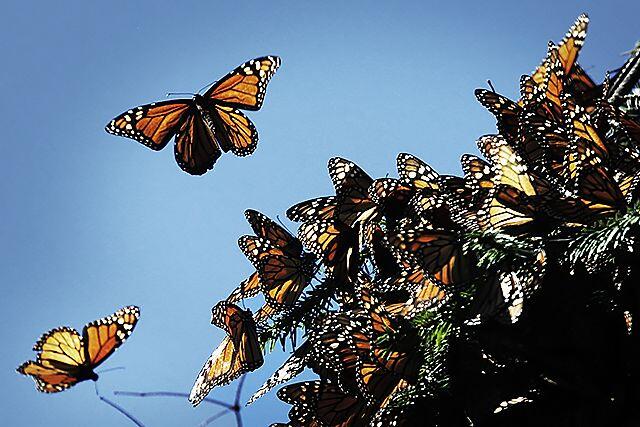 North America’s monarch butterflies are on a rebound and the number of the plucky orange and black creatures, which gather in Mexico before flying north to Canada, could soon stand at around 150 million, a new survey showed on Friday.

The survey from a scientist at Natural Resources Defense Council (NRDC) is the second this month to show the numbers on the mend, but the population is still well below a high in the 1 billion range two decades ago.

The monarch’s recent comeback is due to favorable weather and the planting of more milkweed, an important plant to keep numbers up on its migration route, the NRDC survey said.

“Today’s news provides a hopeful indication that we are helping them head in the right direction and curbing the loss of this magnificent butterfly. But we must be careful not to declare victory too soon,” said Sylvia Fallon, a senior NRDC scientist.

She based her findings in large part on studies showing areas where the butterflies congregate when they spend the winter in Mexico’s Oyamel forest. They have suffered mightily over the years from the expansion of farmland, sprawling housing developments and the clear-cutting of natural landscapes along their migration path, experts say.

Monarchs lay eggs only on milkweed plants, which grow wild throughout the United States. But the milkweed, on which their larvae feed, can cause stomach problems for cattle that eat it, so ranchers and farmers destroy it, NRDC researchers said.

The butterflies congregate in Mexico and then go through several generations as they fly north on their long migration to Canada.

Their plight has become an international issue. In February 2014, the United States, Mexico and Canada agreed to set up a joint task force to protect the butterflies.

While an estimated 1 billion monarchs migrated in 1996, only about 35 million made the trip in 2013, according to Marcus Kronforst, a professor of ecology and evolution at the University of Chicago who has studied monarchs.