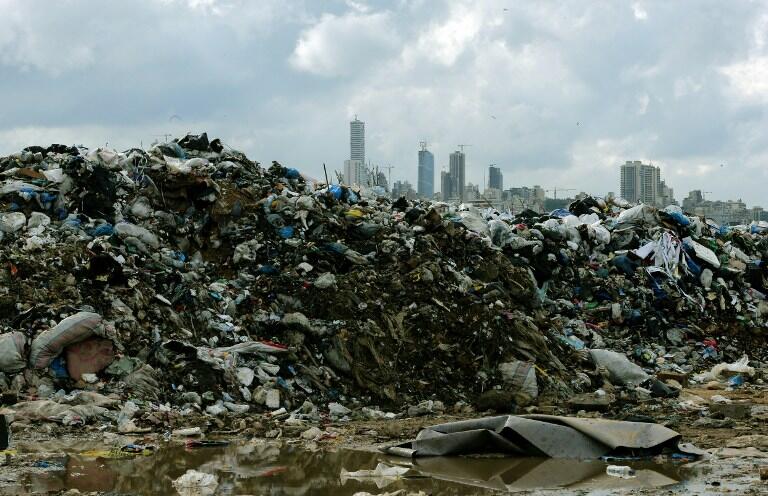 For many years, Lebanon has experienced voluntary or involuntary dumps fires that are found in various regions, which caused the issuance of their hazardous pollutants in the atmospheric air, thus threatening human health and the environment by greater risks.

The risks of this phenomenon increased with increasing its pace and widening since the start of the latest crisis that has persisted since July 17, 2015 and until now.

We can be the first to raise our voice alerting large risk from the incineration of waste piled up in the streets of Beirut and other cities, and in the vicinity of residential areas in different regions.

Greenarea.me was the first among the other media put the spotlight on this case, calling the inhabitants, municipalities and relevant ministries, including the Ministry of Interior, the Ministry of Environment and Ministry of Health, involved and responsible for protecting the health of citizens of the great risks associated with exposure to highly toxic pollutants emitted by random fire of waste in the streets in residential areas and on the plateaus nearby villages.

We called all the media and social networks to act in an urgent manner, we also invited the people to refrain from treating their waste in this way, stopping immediately the procedures. We also invited the authorities at all levels to play their role and their responsibilities in preventing and combating this practice because surely some risk to human health. And despite our commitment not to use many scientific terms, we have clearly identified the major risks arising from the issuance of fine and ultrafine particles, as well as heavy metals and toxic chemicals and polycyclic aromatic compounds causing serious diseases, apart compounds of dioxins and furans are highly toxic, causing serious diseases even at concentrations of infinitely low. Moreover, these emissions spread in residential areas cause cases of suffocation, allergies and worsening the situation of patients with heart and lung diseases, such issues usually affect the sick, the elderly, children, infants and pregnant women.

The results of a scientific study conducted by the joint research unit at the American University of Beirut and the National Council for Scientific Research on air quality have recently been published. This important study involved data and very disturbing findings on levels of pollution, caused by the practices of the random waste combustion.

The results of this scientific research have claimed widespread concern already felt. They thus indicated through numbers, percentages and risk indicators, the large expected health crisis.

This research has studied the rate of ultrafine particles expressed by particles smaller than 10 microns PM10 and smaller ones having a diameter less than 2.5 microns PM2.5. There is also another kind constituted by waste incinerators, especially micro-particles having a diameter less than 0.1 micrometers unstudied by research PM0.1, claiming that their amounts may be very small or order to avoid the complexities of taking samples and study their concentrations, requiring very specific techniques.

Note that these are all highly toxic particles as they easily penetrate the respiratory system and accumulate in the bronchi and alveoli of the lungs, causing several kinds of long-term lung cancer. Some of these particles are able to move with the blood stream to be propagated in all organs of the body causing significant disease. Adverse impacts of said particles are related to their chemical nature and their influence related to their size and physical measurement of one hand, and that they contain as the adsorbed chemical compounds, stuck to the surface and which are also toxic chemicals on the other. Their risks are therefore twofold.

The results of this study on various particle sizes show that their concentrations are ten times greater than the acceptable rate and sometimes exceed a hundred times. This of course causes a great risk to public health.

Pollution caused by the random burning

The study also investigated the concentrations of heavy and toxic metals, which are generally issued by the technical incineration of waste as random. The results showed very high levels that exceed hundreds or even thousands of times the “acceptable” level in the atmosphere. This is associated with a significant threat to the health of the vulnerable population.

Similarly concerning polycyclic aromatic chemical compounds, known for their carcinogenic and toxic activity in various organs of the body, which cause serious chronic diseases, as well as the well-known dioxins as being highly toxic chemicals which cause cancer and many other serious diseases, even to ultrafine concentrations which exceed, according to the study results, a thousand times the rate “acceptable” of these substances in the atmosphere.

This important study also compared cancer risks with global indices to conclude that the risks of random waste combustion increased 18 times in Lebanon, and this represents a high-risk conclusion.

While the reader has noticed that I put the “acceptable” in quotation marks when speaking of the “acceptable” rates adopted by the World Health Organization or other international protection legislations.

Put this word in quotes expresses great book and I want to explain the causes of this reservation.

First, because we speak of three kinds of the most dangerous pollutants for human health, especially small ultrafine particles, heavy metals and toxic, aromatic chemicals and highly toxic dioxins.

Second, because the World Health Organization in many of its reports, and in many studies in toxicology, indicates that many of these pollutants cause toxic effects even at concentrations of very low levels, so one cannot speak of levels safe exposure.

The adoption of “acceptable” levels in preventive legislation is a statistical indicator directive that reduces risk without canceling them. It also reduces the likelihood of having a toxic effect but does not cancel completely. It is also to demonstrate the need to reduce exposure as much as possible. We note, with the evolution of Toxicology materials research and the various pollutants in all levels that the tendency is always to reduce their levels of “acceptable” constantly.

Thus, these reported rates “acceptable” are not absolute safety, exposure to these can often cause great damage.

The risks of environmental pollutants

Third, because the levels are “acceptable” for the substances are determined in the light of toxicology studies on each substance separately. So exposure to this matter alone, at concentrations at or below the limit considered “acceptable” is relatively safe, but not absolutely safe.

But in life, and especially in everything related to exposure to environmental pollutants we are exposed to hundreds or thousands of pollutants simultaneously. That will be, in this case, the acceptable level of these toxins taken together at the same time?

Here the term arises from the synergy, which means that the toxic effect of all substances we are exposed to, is greater of the sum of effects of each. Thus, exposure to many pollutants simultaneously is more risky to hundreds of times and threatens human health.

Fourth, because the toxic effects of pollutants and materials is related to the concept of dose, and the dose refers to that amount of a substance or substances that have entered the body relative to the weight of the body, and here the possibility that the amount of toxic contamination occurs for one, but it is non-toxic or less toxic to the other with a body weight greater and different individual and health characteristics.

And according to this understanding, infants and small children are the most sensitive and the most exposed to toxins and pollutants, and for the sick, the elderly and pregnant women as they are vulnerable and more susceptible to toxins and pollutants, especially as some of these pollutants are easily move through biological barriers in the body, penetrate the placenta and move to the fetus, causing damage to the natural growth and sometimes life.

When the search is for the risk of environmental pollutants in the atmosphere or in other environments, it is clear the difference between the different groups of people affected by these pollutants, according to the power of the toxic effects and risks threaten their health. However, and with the passing of pollution levels hundreds or even thousands of times the “acceptable” levels, we are indeed facing a health catastrophe that threatens the general population. That’s what we caution against the crisis continues to pollution from all sources, particularly the continuous waste crisis, with attempts of some people to spread the concept of pollutant and not safe incinerators in the different Lebanese regions.