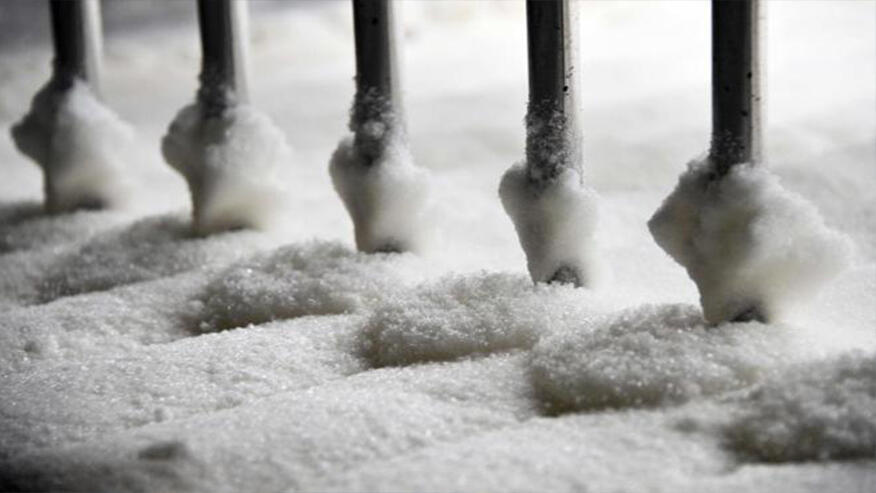 Today, the famous Greenpeace giant polar bear was brought to Le Bourget to add pressure on governments to agree an ambitious climate deal.
“With less than three days remaining, negotiations must not stall.  Ministers have to bring ambition to the long term goal, so that we have full decarbonisation by 2050, and financial support for the most vulnerable,” said Kumi Naidoo, Executive Director of Greenpeace.
The bear stood over civil society activists and representatives of Indigenous Peoples from north and south, demanding climate action and for the rights of Indigenous Peoples to be specifically included in the text.
“It is unfair that the rights of Indigenous Peoples are not included in the text,” said Vyzcheslav Shadrin from the Yukagir people in the Russian Far East.  “We are on the frontline of climate change, and are suffering its first and worst impacts. So we have a right to be recognised in this international forum.”

Kumi Naidoo, Greenpeace Executive Director, added:
“As we fight to protect the climate, we must also fight for the rights of Indigenous Peoples, who are on the frontline of the growing climate crisis.

“We must come together to protect the people who are suffering first and most brutally from the impacts of climate change around the world.  This means the rights of Indigenous Peoples to be upheld which is why Greenpeace supports its specific inclusion. We must push our elected leaders to respect the calls of justice and push for a world powered by renewable energy rather than dirty and dangerous fossil fuels. When this polar bear roars, she roars for billions of people, and she roars loudest for those on the frontlines of climate change.”

The Indigenous Peoples represented at the event were:

The bear – named Aurora – last appeared in public when Oscar-winner Emma Thompson helped pull her through London streets and position her outside the Shell HQ. The bear stayed there for a month, until Shell announced it was withdrawing from the Arctic.