MPs warn of another trash pileup if crisis not resolved 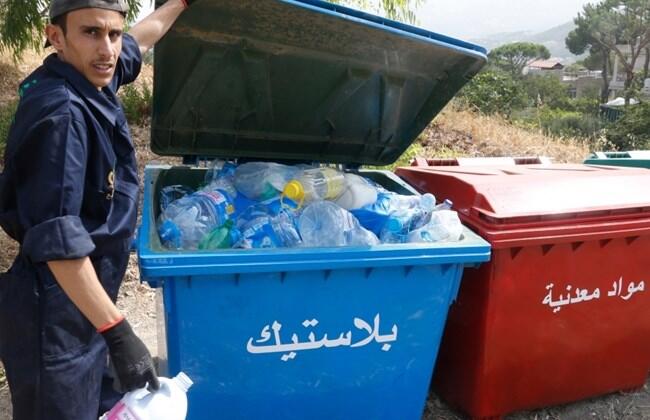 Beirut MPs urged Environment Minister Mohammad Machnouk to hurry the Cabinet’s efforts to resolve the ongoing trash crisis Monday, as Health Minister Wael Abu Faour warned that the makeshift dumps in the capital and Mount Lebanon were “starting to reach full capacity.”
The MPs warned trash could again accumulate on the capital’s streets and expressed concern it could take weeks to implement the favored solution, exporting the waste. “Nothing is certain yet about exporting by sea,” Beirut MPMohammad Qabbani told The Daily Star following a meeting between the MPs and the environment minister. “Our information is that it needs time. There are EU regulations [to study and meet], for example. It could take 15-20 days or a month to begin. We need to have a government.” Last Thursday, the Beirut Municipality Council authorized Sukleen, the waste management contractor for Beirut and Mount Lebanon, to gather the capital’s garbage in Karantina while officials search for a more sustainable solution. Qabbani warned that the space in Karantina could run out in days, though. “We need a solution for three to five days from now,” he said. Tourism Minister Michel Pharaon, who also attended the meeting as a Beirut MP, said at a news conference afterward: “Some experts from France are studying this matter [exporting] intensely. … This matter does not allow for any delay, and we desire a solution within 24 hours, because this disaster is lasting and will explode again within a week or 10 days.” Both Pharaon and Qabbani sounded notes of despair about the government’s competence. “We don’t have faith about what’s going on,” Qabbani said. Trash collection was halted for 10 days in July after theEnvironment Ministry closed the main landfill for Beirut and Mount Lebanon without identifying new disposal grounds. Mounds of garbage fouled the streets, and municipalities began to dump in valleys, forests and populated areas. The region of Choueifat is disposing its trash in an open plot of land near the Rafik Hariri International Airport in Khaldeh. Abu Faour said Monday he had called Interior Minister Nouhad Machnouk Sunday night and warned him that “we are approaching the red line and we cannot keep throwing trash in [the airport] area. It will affect navigation and aviation safety.” He said that the unresolved crisis poses “enormous” health risks to the country. “We cannot overlook the health hazards and the deterioration caused by the [trash crisis],” Abu Faour said at a news conference. Beirut Governor Ziad Chebib said in the event the lot in Karantina filled up, he had other disposal sites within Beirut in mind. But he said these were just stopgap measures. “This is not a solution. These are measures to remove trash from the streets,” Chebib said. “I am obliged, as long as there is no solution [from the Cabinet], to keep on finding new places to put the garbage, so that we can minimize our exposure to its harmful and damaging effects.” The head of the Association of Maritime Agents Hasan Jaroudiwarned in a letter to Prime Minister Tammam Salam Monday that the price to export trash could exceed $200 per ton, after all costs, from collection to disposal, are considered. The Daily Star