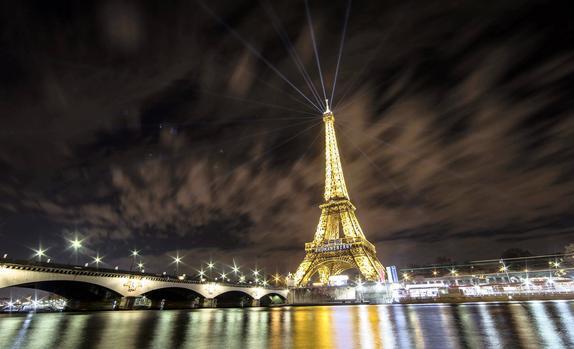 Yet they may soon have to – from rising seas that could engulf the world’s honeymoon island resorts to changing weather patterns hitting the vineyards of France’s Champagne region, climate change poses a threat to many romantic traditions.

Here are five that are in jeopardy.

HONEYMOON ISLANDS: Sandy golden beaches are a popular escape for honeymooning couples, but romantic destinations such as Bali and the Maldives are under threat from rising seas.

Ocean warming is also causing coral bleaching, and scientists say pollution and over-fishing could contribute to the loss of as much as 90% of global reefs by 2050.

CITY OF LOVE: Paris is the quint­essential city of love. But in recent years the famous cityscape has been regularly shrouded in smog, prompting authorities to periodically ban traffic on the Champs Elysees.

Almost 85% of the about 10 million people living in the greater Paris region were exposed to levels of pollution higher than national objectives in 2017, according to Airparif, a government monitoring body.

Air pollution is responsible for 48000 deaths a year across France, making it the nation’s third biggest killer after smoking and alcohol consumption, according to a 2016 study by the French National Public Health agency.

CHOCOLATE: As supermarket shelves groan under the weight of fancily wrapped boxes of chocolate before February14, it is hard to imagine the world could ever run out.

Cocoa thrives in warmer weather but requires rainfall and shade to grow, and producers say deforestation and a changing climate are threatening world supplies.

Mondelez International, the US confectionary company behind the Milka and Cadbury brands, has warned that cocoa-producing regions could become unsuitable for the crop in the next 30 years if urgent steps are not taken.

That includes Ivory Coast and Ghana, which currently produce 60% of world cocoa output.

CHAMPAGNE: Winegrowers in Champagne – the region of eastern France where the famous sparkling wine is produced – say warming temperatures mean they are having to harvest their grapes earlier.

Some have started buying up land in southern England as an insurance against climate variations that could change the distinctive flavour of champagne, 310 million bottles of which are sold every year.

Scientists warn that world temperatures are likely to rise by between 2ºC and 4.9ºC this century compared with pre-industrial times, which could increase the pressure on agriculture globally.

VENICE: The floating Italian city famed for its romantic gondola rides and historic St Mark’s Square is at risk from floods and storms exacerbated by climate change, say experts.

Italy is building flood barriers to protect the fragile city, one of several Unesco World Heritage sites in the Mediterranean region that are threatened by coastal erosion and flooding as oceans creep higher.

The UN panel of climate scientists has projected that sea levels may rise globally by as much as 59cm by 2100.