Abolition of institutes of technology is an act of senseless violence 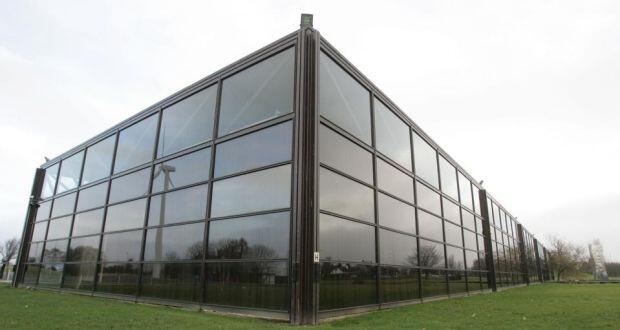 We are living in the final days of the Irish institutes of technology (IoTs). It looks increasingly likely that the Technological Universities Bill will escape from the Oireachtas to the President’s pen. Ten of the fourteen institutes are expected to merge into four new technological universities. By doing so they will bring the curtain down on institutes that have done tremendous good in Irish society since they came into being 48 years ago. Being felled in middle age is an awful thing.

There is a startling silence surrounding the passing of these institutions that educate 40 per cent of all Irish higher-education students. The graduates will not mourn, because these remarkably functional entities do not see the value in harassing alumni with mawkish begging letters.

Contemporary students get to grips with what their institution is only as they are about to be handed their hard-earned graduation parchment.

In the face of the perma-austerity of the sector, lecturers have narrowed their input around what they can control – typically their work with students, their teaching and research. Management is cowed by the Higher Education Authority, key performance indicators and compacts, as well as the aftermath of the sacrificial defenestration of a few colleagues.

Over the past few years the Government has thrown its weight around. However, there is no evidence of voices from the sector participating in this once-in-a-generation transformation of Irish higher education.

We are a long way from 2005, when the sector had narrowed the gap with the country’s universities. In truth, both types of higher-education bodies had grown towards each other over the previous three decades. Universities have changed beyond recognition from the pre-1970s bastions of conservative privilege.

The IoTs grew up, following the contours of the radical transformation in Ireland – from awarding certificates for factory workers to primary and masters degrees, PhDs and research centres serving the hypermodern knowledge economy. By 2005, IoTs were finally in the sun, with new Celtic Tiger-era buildings, and replenished human capital. Then Hunt happened.

The 2011 Hunt report, National Strategy for Higher Education to 2030, was interpreted by the sector as the universities attempting to put IoTs back a 1960s working-class box. This devastating vision of the sector is made durable in the Technological Universities Bill. The IoT sector’s bright future has been formally cancelled.

Inexplicably, the people leading this redesign have not offered any explanation or justification for what they are attempting. It comes across as senseless violence.

The last Minister for Education to attempt to micromanage the sector was Pádraig Faulkner, who in 1971 gathered all the regional technical college principals for a showdown in Moran’s on the Weir to dole out a specialism to each college. So Athlone was to develop a singular specialism around toxicology, Waterford was allocated construction and so forth. After a fashion, the principals ignored him and since that meeting each RTC/IoT has shaped its own academic destiny – responding to local pressures and a sense of feudal care and duty for their place and territory.

The Department of Education had no hand, act nor part in shaping the academic profile of the colleges – and they thrived. It takes a highly educated mind to argue that the problems of Irish higher education can be found in the most efficient, thrifty, functional and effective sector. At a time when there is a national panic about regional economic development we are taking out the educational engine of the regions.

In a few years each IoT will be forced into an arranged marriage. There is no reason or argument for these mergers. Institutions that have forged their identities around regional communities will turn inwards to the civil wars that these poorly-thought-out mergers will bring. Hidden in this transformation will be a remarkable centralisation of control – robbing the sector of its entrepreneurial zeal.

These institutions, which have done so much good for Irish society and the country’s economy, will be beaten back, as will the regional communities they serve.