Secrets of Lake Vostok in Antarctica, an underworld at 4,000 meters depth 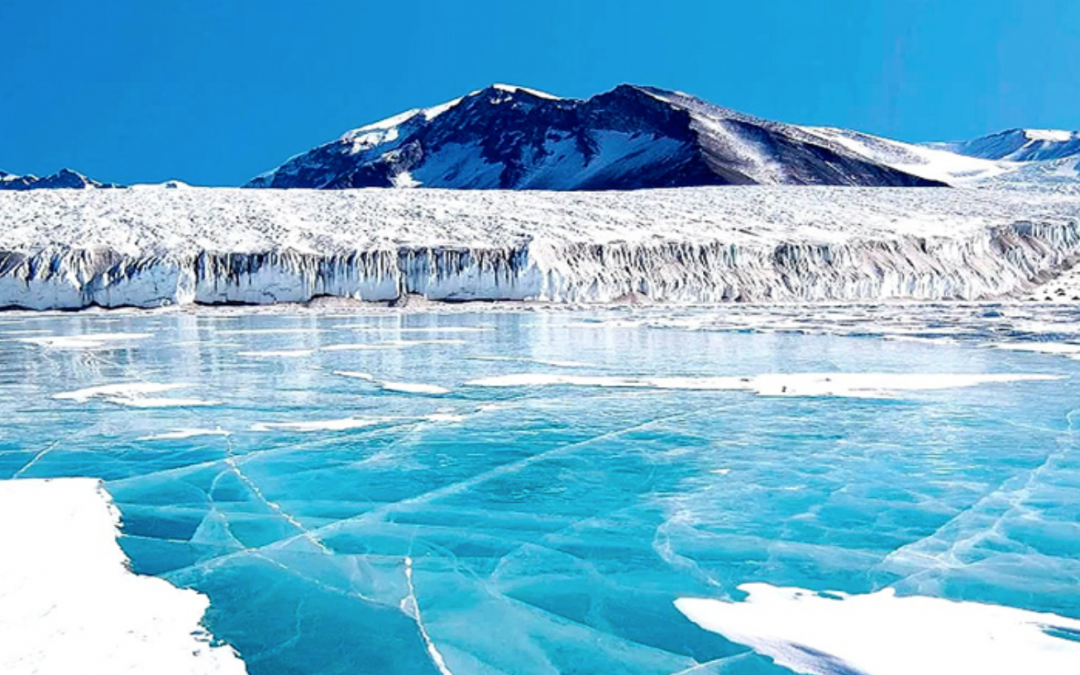 One of the largest lakes in the world is in Antarctica sealed from above by four kilometers of ice. It is Lake Vostok, discovered by Russian scientists who sought to reach the reservoir of unfrozen fresh water, isolated from the outside world millions of years ago.

Its perforation was part of the great discoveries of the century and revealed the existence of totally unknown and unexpected organisms that were part of a life millions of years ago.

After two years of analysis, the Russian Antarctic Expedition (RAE) of the Arctic and Antarctic Research Institute of Roshydromet, exposes its results and resumes the task of drilling the subglacial world.

Vostok is in the central part of Antarctica, in the same location of the Russian station that bears his name. A place where thermometers can reach temperatures below -82 degrees, almost impossible to bear.

Before the last drilling of the lake’s sub-ice was frozen, the scientific team discovered extremely unusual bacteria that everyone is interested in.

“This microbial life can reside in extreme environments at pressures of up to 400 atmospheres and a temperature near the freezing point, without light, without dissolved organic carbon (…) in isolation from the surface for at least 14 million years,” he explained. Research supervisor Sergey Bulat, by revealing the results of his research in the nuclear physics laboratory in St. Petersburg, according to the RIA agency.

Exactly 60 years ago, on December 16, 1957, polar explorers founded the Vostok research station in the coldest and most remote region of Antarctica. It is located near the South Magnetic Pole of the Earth, at an altitude of 3.4 kilometers from sea level.

Through this station, according to the Kramola report, the geophysicists made seismic profiles to discover what was under the ice. Among them was Andrei Kapitsa, who on the basis of the data obtained, suggested that in the area of the station below the glacier there was a layer of water.

A drilling of the ice and the lake took place in the winter of 2006. The drilling platform was interrupted and the well had to start obliquely to bypass a problematic area of a cliff.

The second time it was drilled was on January 15, 2015, and samples were taken, where organisms were discovered. Vostok is considered the most unfavorable place for life on Earth, but despite everything, life exists in there.

Several Russian and American scientists have studied the findings of the drilling and have concluded different things, but all confirmed that there is life inside.

The lack of funds did not allow for further steps since 2015, however now the team of experts in glaciology began preparations for new drilling operations in the well, the Tass news agency reported.

“Drilling will start at the 3720 meter level” said Alexander Klepikov. For this they will make preparations until February 6.

Before taking new samples of the ice, scientists should develop in this period a clean technology, so that the technological fluids used in the drilling do not enter their water and do not pollute the environment.

To reach great depths the drill has an almost impossible task: the water that melts off the ice, freezes quickly.

Unfrozen kerosene or freon fluids used in the traditional drilling system can have many bacteria that can enter the lake waters, which makes it difficult to separate what is from the lake and what is outside.

“Russian researchers have come to the conclusion that the last few tens of meters of ice and even more in the lake itself, require fundamentally different technologies that exclude the contact of lake water and external liquids,” the scientists said, according to Tass. .

“The ecologically clean opening of the subglacial lake has become a technological achievement of Russian science,” said Valery Lukin, a researcher in the exploration of Lake Vostok for decades.

Lake Vostok is a large reservoir of 6,000 cubic kilometers, its depth is almost four kilometers. The water basin measures 290 km long and is divided into two parts: the southern part (smaller and deeper) of around 800-1000 meters and the northern part (large and shallow) has approximately 300 meters.

Geophysics recreated the relief of the trench of the lake and discovered that it is limited to a fairly young fault in the earth’s crust.

In the ice was found a characteristic bacterium of the thermal waters, the Hydrogenophilus thermoluteolus.

It was found 102 meters above the lake. On the surface she has nothing to do, but she lives rusting.

“On this basis, Russian and French scientists suggest that at the bottom of the subglacial lake are hidden the same sources through which, in addition to hot water, hydrogen enters, which serves as the basis for the chemoautotrophic life,” the report highlights. of Kramola.

This bacterium lives and develops between 40-60 degrees Celsius. Then, the heat at the bottom is not excessive, it is not above the boiling point at which the bacteria die.

In the last deep drilling of the lake, the specialists of the Institute of Nuclear Physics of the Russian Academy of Sciences of Petersburg found bacteria of DNA that did not coincide with any of the known species.

14 percent of their genes are not found in any other known species. The researcher Sergei Bulat commented then, that this DNA is so different from anything else “as if it were from Mars”.

However, for the Russian team, these are simple, unicellular bacteria, without excessive complexity. The genes of something complex very different from terrestrial species, has not yet been found in ice samples, and in that respect the Russian hypothesis is skeptical of a previous hypothesis of a very strange complex life.

Fish that live without light are thought to be very different. In any case, the question of whether or not there are multicellular organisms is not ruled out. In the same way, the findings will be great in the new opening.

In the past it was suggested that there is complex life within the lake. This was based on the results of the shallower drilling that EE. UU carried out in the area in the nineties, which was made based on ice extracted on the lake.

Scott Rogers’ team found gene sequences from 1623 species. Of these, six percent belonged to eukaryotic creatures, with a nucleus.

One of the bacteria species, supposedly found in this way, lives only in the intestines of fish. From this, the American group concluded that among the inhabitants of Lake Vostok there could be extremely complex creatures, including fish and crustaceans.

One of the hypotheses that emerged from the investigation is that the lake in the form of an open deposit existed for tens of millions of years and only the last 14-15 million was hidden by the ice.

Russian scientists led by Sergei Bulat noted that US drilling was carried out using technical fluids contaminated with ordinary soil and other bacteria.

To distinguish external contamination from “local residents” is almost impossible without the use of “clean drilling,” they said.

Lives that could be under the lake

It is known that multicellular, in particular mushrooms, in some mysterious way can survive in the depths of the bottom of the sea.

There the pressure is even higher than in the subglacial lake (Vostok). Apparently, fungi cohabit with bacteria extracting energy from inorganic matter, highlights Kramola’s report.

At the end of April 2017, it was learned that they have been able to exist on the seabed for 2,400 million years. “They arose even before the atmosphere became saturated with oxygen. That is to say, contrary to the previously existing points of view, the multicellular and complex life, does not need neither the atmosphere of oxygen nor the favorable conditions of the surface of the planet, “said the cited report.

Same as other worlds in the Solar System

The importance of the discovery of Lake Vostok goes further. On Mars, Titan, Enceladus, Europe, Ceres and many other bodies of the system, they also have a layer of ice with water inside at high pressure.

They are environments similar to the conditions of Vostok, so it is believed that if a life is found under the ice of Antarctica, it is difficult to exclude its presence in other worlds in the Solar System.

Between the 21st of April to the 21st of August, the Vostok station has no communication with the outside world. It is impossible to arrive in winter, even the space is almost inaccessible.

Between February 25 to November 12 the observed temperature is minus 55 degrees Celsius.

On July 23, 1983, it registered the absolute minimum temperature of surface air on Earth, when it points to minus 89.2 degrees Celsius.

Not everyone can adapt to the season, some are affected by mountain sickness or the inability of the body to transport a reduced oxygen content in the air.

In April 2017, the premiere of the film “Lake Vostok: Ridge of Madness” was held in which people talked about very difficult conditions in which polar explorers face the search for life under several kilometers of Antarctic ice.