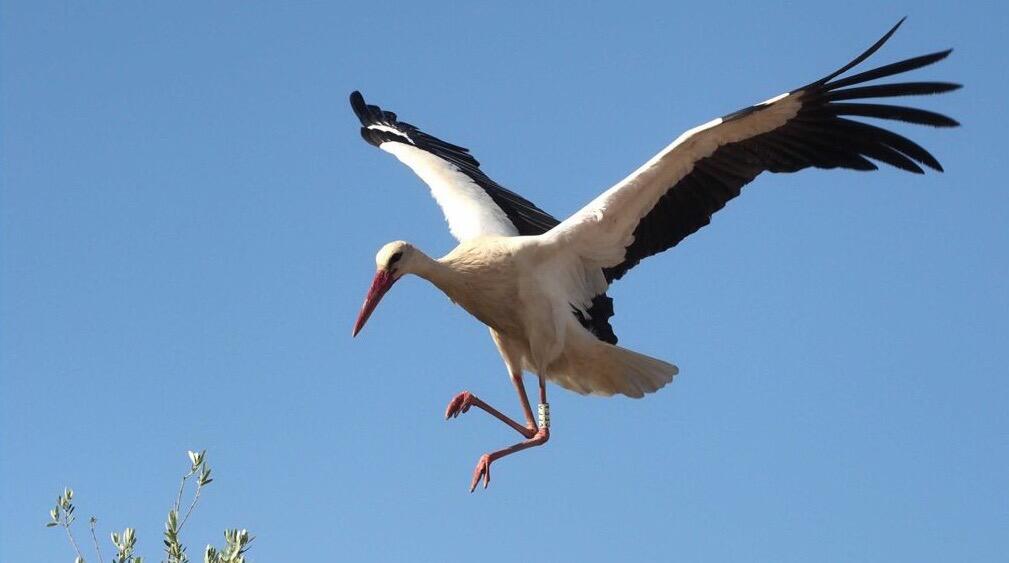 We live a scandal a few days after the Minister of Environment announced the opening of the hunting season in September, titled this time “the disappearance of a stork over Lebanese territory, the trip is followed by more than five hundred activists from several European countries and this stork has most likely been sniped even though storks are prohibited from hunting according to the Lebanese hunting law.

The scandal, a restoration of earlier scenarios with Polish and Hungarian stonemasons, called for the intervention of the Ambassador of Poland in Lebanon to protect the bird, which is considered an environmental “icon” in Eastern Europe, as well as the intervention of environmental associations and research centers to track these seasonal migratory routes, until it came to a group of activists concerned about birds in Europe to call the Lebanese, saying: “Stop killing storks?”.

In light of this crime and what we witnessed two days before the massacres against migratory birds in northern Lebanon, and after the announcement of the opening of the hunting season in September, was this decision correct? Wasn’t it necessary to demand a halt to massacres until the opening of next season? Is what we have seen just a cover for another deal at the expense of birds to divide shares in the subject of insurance that will be carried out by hunters and dealers of hunting weapons and hunting training clubs? Those who read well what has happened recently must ask these questions. There is a need for effective action to control the subject of hunting on the ground before the season begins, especially as the massacres are beyond belief.

The problem is that the fate of Tesla, the stork, which began its journey on June 15, 2016, for about 11,141 kilometers to fall in the town of Bazal, Akkar district { which is considered the route of storks – and many other types of birds – from Europe to Africa and vice versa} on 8 April 2017, is undefined yet and unclear.

The local authorities, who followed the case, and received the GPS tracking device that was installed on Tesla were unable to provide details or information about what happened to Tesla.

Is it still alive? If it is alive, why shouldn’t they openly declare its fate? Especially since this is not limited to the fate of a bird, but also affects the prestige of the state and its presence, along with the extent of respect for citizens’ decisions, plus, the issue is humanitarian, moral and national, not to forget that Lebanon’s reputation for wild hunting is at its lowest!

In the context of our follow-up to this issue and in order to know the fate of “Tesla”, the “Lebanese Alliance for the conservation of birds” said to greenarea.me: “We received an appeal from one of the 550 members of the group of European stork friends who explained that Tesla is part of the Swiss company SOS project of the Swiss society for white storks, which was found last year in Croatia in Lonjesko polje-european 1st Stork village, followed by more than a European group to monitor the birds in many European countries, “and they pointed out that” (Tesla) has a tracking system for the purpose of scientific research, and to map the path of migration of these birds that are subject to extinction. “The bird ended its winter migration in Africa and during its return, the groups lost contact with it over northern Lebanon. They also asked us to act as a coalition to help them know their fate,” she said. “We were informed that the tracking system remained for several days, pointing to one point we could identify, so we were asked to inform the local authorities who already arrested a person and investigated with him, later on the tracking system had been obtained. ”

The coalition added:”We asked for help in retrieving the tracking device, which will provide them with the full information, and we tried to help them and the European groups, therefore we informed the  Ministry of the Environment of what happened”. Mrs. Claudine Aoun Roukoz briefed us on the details of the information we have, but so far we have not received any sensory proof That (Tesla) died. ”

The coalition demanded:” “The relevant bodies that investigated in the subject should inform us of the stork’s  fate and provide us with pictures of at least the rings that were placed in the legs of (Tesla),”.

They added: “We are sorry for what happened to (Tesla), it is time to take serious steps to implement the law, what is committed in Lebanon is able to distort the image of the Lebanese in Europe and the world, and this is not worthy of us, and we do not deserve it because there are some people who do not respect nature, and do not care about birds and others. ”

In this regard, the Coalition issued a statement stating that” the white stork is a migratory bird. It is found throughout North Africa and Europe. It migrates south through Africa to protect itself from the winter of the North. Migration is a dangerous journey, but it can be worrying to find food abundance, mostly small animals, mice, lizards, snakes, frogs and insects. ”

“Storks have been given special cultural importance in many countries where they are born. One reason is that these birds are completely white, a color linked to purity, and secondly, they help farmers eliminate animals that harm crops. 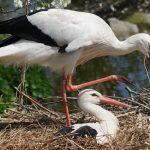 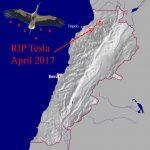 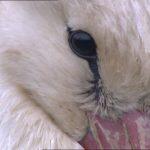 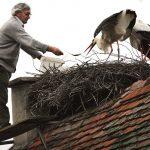 The main reason for the stork is that it reaches the breeding grounds of spring and Easter, symbolizes a new birth, and in many countries in Europe the white stork is known as a symbol of life and is shown in many images by bringing a child to a family. This link is so strong that many nursery schools in Italy, Croatia and Serbia show the stork in its name or a picture on its logo. ”

In many Germanic countries and other places the stork is nestled on rooftops, a symbol of good luck, and citizens welcome birds upon arrival. In Lebanon, during the 19th century, killing storks was a crime punishable by law. In Iran, birds are revered, and in Greece and Morocco there were hospitals to treat injured storks and to feed them until they recover sufficiently to release them.

On the 8th of April, one of the bird-loving groups contacted the Lebanese Bird Conservation Alliance to tell them that a white stork had been lost in Lebanon, or rather the signal that indicates the bird’s movement had stopped somewhere between the towns of Barkail and Fnaideq, which proves that the bird was injured or killed, and the name of the bird is Tesla following the world famous Nicolas Tesla, and a GPS was installed on the bird to follow his news during his travels by European groups.

By tracking the progress of Tesla, scientists can learn the ways birds live (the most famous birds in Croatia), and scientists can also learn more about where these birds stop to feed themselves to complete their migration.

According to the statement “On April 10, 2017, we learned that the stork was killed by irresponsible people. European scientists are upset because the bird was lost, they have invested time and passion in their birds. For these groups, the white stork is a strong symbol, and the Crime of murdering it is parallel to cutting a Cedar tree in Lebanon”.

In addition to the scientific investment in birds, it is also a very expensive process, and it is likely that the birds cost the scientists in the region $ 20,000, in a country that is not very different from Lebanon, but attaches importance to its environment and nature.

Many questions remain unresolved so far, and in turn we put them in line with the ministries concerned to do the necessary and the punishment of the culprit, if we really want to organize the file of wild hunting, beyond the campaigns and media hustle!