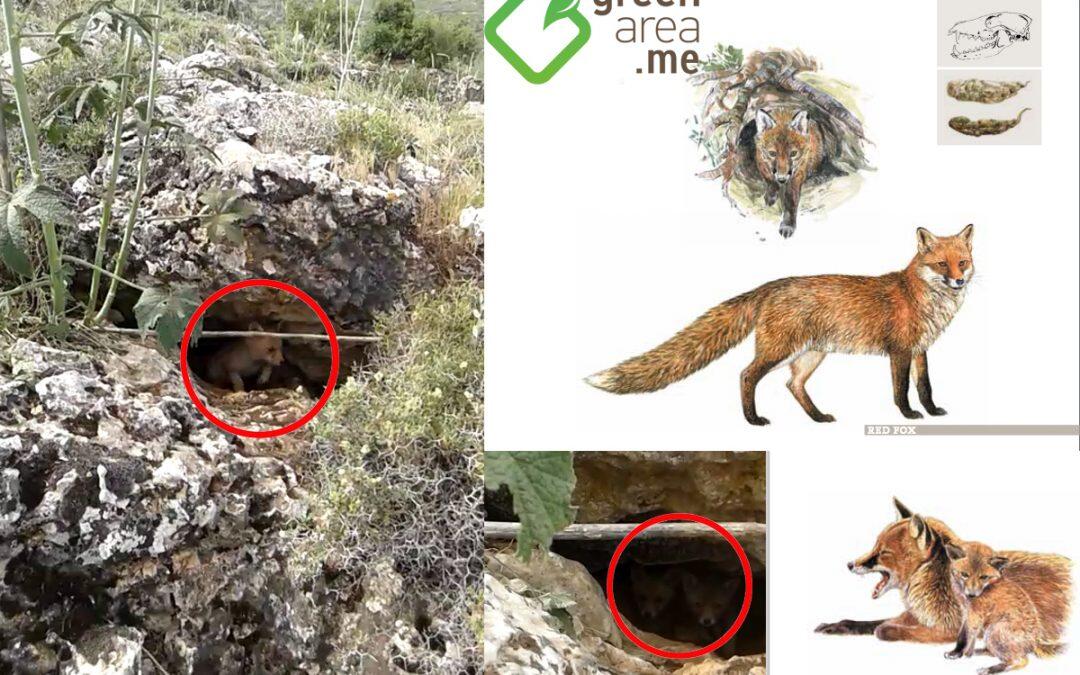 Our most frequent comment by far is that young foxes are not called “pups,” but “kits.” While “kits” is an accurate term for young foxes, “pups” is also correct. Berj Tumberian, one of Homat Al Hima heroes prefers “pups” since foxes are canids, and he is happy to captures more videos of the mammals of Hima Anjar as part of his continuos efforts to advocate about nature conservation.

Hima Sustainability could be assured through the capacity building of Hima Youth, and the empowerment of motivated young from the local communities.
Homat Al Hima (HH) are intrinsic to the Hima communities, the same villages and towns are inbred and inborn. The experiences Nature and Biodiversity bring to people are mainly local.
Hima Anjar Homat Al Hima are the role model for other Himas , where Hima various activities from research, monitoring, site action to visitor management is being lead and organized by the Local Conservation Group & Homat Al Hima leaders.

Assad Serhal, SPNL director and the co-author of “the Field Guide to the Mammals of the Middle East” says that human beings and mammals belong to the same order and they share many characteristics including breast feeding, pregnancy, etc.

This is what initiated human beings, since the beginning of time, to observe and record the behavior of these creatures in their environments and wild habitats, in order to understand and know its partners on the planet.

Field Guide to the Mammals of the Middle East’ (released in 2015) is an accessible text suitable for graduate students and professionals in the fields of mammal biology, conservation biology, and ecology, as well as nature conservation practitioners and mammal specialists.

Written by Assad Adel Serhal and Saeed Abdulla Alkhuzai, This guide cover all 200 terrestrial and marine mammals recorded in the Middle East, particularly in Arabic-speaking countries. To reach a wider audience, the text is both in Arabic and English.

According to the Field Guide to the Mammals of the Middle East the Red fox occurs widely in East Mediterranean and Arabian Peninsula. There are different Arabian subspecies, which are adapted to live in the desert, but in some areas they live in parks and gardens in cities.

Body length 60-90 cm, tail 35-50 cm, weight about 9 kg; smaller than the average dog size. They have large ears, a thin, rectangular jaw and a long tail. The red fox varies in color, the coat on its back can be red, dark red, dark brown or pale yellow and it’s belly is white and grey. Normally, the outermost parts of its feet are black, and so is the tip of its tail. The lenses of the fox’s eyes appear oval when caught in the glare of bright lights at night.

Foxes are not born inherently cautious and they are considered intelligent creatures. Although they create a certain measure of trouble to the owners of poultry farms they also perform an amazing task which benefits farmers by clearing their farms from mice and rats that harm crops and chicks.

It is indeed a wonderful sight to watch a family of foxes in the wild at dusk, the cubs learning and practicing their hunting skills by playing and wrestling with each other until their parents bark to call them back to the safety of the den.

Foxes mate at the end of the winter season. The fox is faithful to its mate, with whom it remains whilst rearing the cubs. The gestation period varies between 49 and 56 days and the female gives birth deep in the den to between four and ten cubs. The vixen has six teats to suckle her cubs which are born with their eyes closed. The cubs’ eyes don’t open until they are nine days old and they will not leave the den before they are five weeks old. At the age of five months the cubs begin searching for food independently, and can subsequently mate during the following winter season. The average life span of the common red fox is 12 years.

Foxes generally hunt at night but sometimes during the day. The fox is an omnivore and opportunistic feeder; it forages for small rodents, birds, turtles, plants, fruit, eggs and insects.