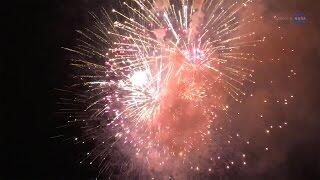 Earth will pass through a stream of debris from comet 2003 EH1 on January 3, 2017, producing a shower of meteors known as the Quadrantids.

According to the International Meteor Organization and other forecasters, Earth will pass through a stream of debris from the comet on January 3, 2017, producing a shower of meteors known as the Quadrantids.

The Quadrantid meteor shower is one of the most intense annual meteor showers, typically producing meteors at a rate of more than 100 per hour from a point in the sky near the North Star, also known as the shower’s radiant.

The 2017 Quadrantids are expected to peak around 1400 UT – or around 6 am PST.  The timing favors western parts of North America and islands across the Pacific. The peak of the Quadrantids is brief, typically lasting no more than an hour or so, and it does not always occur at the forecasted time. Observers everywhere are encouraged to be alert for meteors throughout the dark hours of January 3.

“Extra motivation to go out and view the Quadrantids is provided by the shower’s reputation for producing spectacular fireballs,” says Brian Day of NASA’s Ames Research Center. “Not only are these fireballs memorable visual events, but also they are of scientific interest. Anyone can participate in a citizen science effort by reporting his or her observations. ‘Fireballs in the Sky’ is a free app that makes this easy. It is made available by Curtin University in partnership with NASA.”

Although Quadrantids can be numerous, they are observed less than other well known meteor showers. One reason is weather. The shower peaks in early January when northern winter is in full swing. Storms and cold tend to keep observers inside. Another reason is brevity. The shower doesn’t last long, a few hours at most. Those willing to brave the elements while keeping their eyes on the skies could be rewarded with a spectacular show!

The source of the Quadrantid meteor shower was unknown until December 2003 when Peter Jenniskens of the NASA Ames Research Center found evidence that Quadrantid meteoroids come from 2003 EH1, an “asteroid” that is probably a piece of a comet that broke apart some 500 years ago. Earth intersects the orbit of 2003 EH1 at a perpendicular angle, which means we quickly move through any debris. That’s why the shower is so brief.

Quadrantid meteors take their name from an obsolete constellation, Quadrans Muralis, found in early 19th-century star atlases between Draco, Hercules, and Bootes. It was removed, along with a few other constellations, from crowded sky maps in 1922 when the International Astronomical Union adopted the modern list of 88 officially recognized constellations. Although the Quadrantids now fly out of the constellation Bootes, the meteors kept their old name.

Quadrantid meteors: they come from a shattered comet and an extinct constellation.

That sounds like they are worth a look.  Bundle up for chilly meteor viewing on January 3.  It’s a great way to start the New Year.