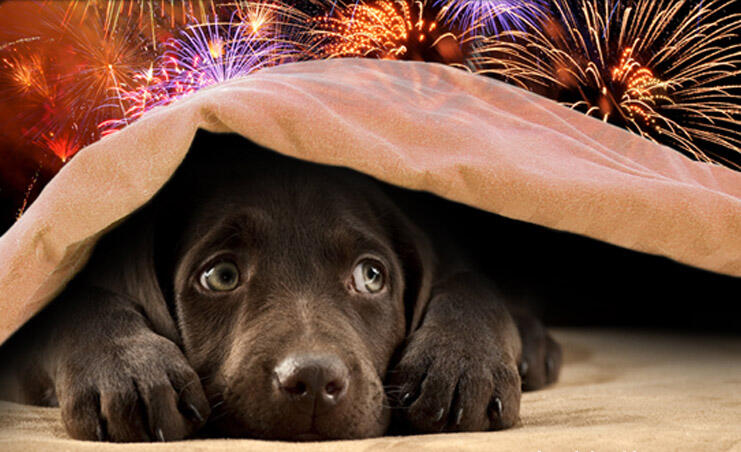 Parties, fireworks and loud noises go hand-in-hand with New Year’s Eve celebrations, and while many people look forward to the night, furry members of the household may not be so happy about it.

In consideration, animal welfare volunteers are urging pet owners to protect their animals from the stress of loud noises on the big night.

“They’re an assault on the animal’s senses, which are more sensitive than our own,” she said. “To keep your pets safe and comfortable during fireworks, the best advice is to keep them indoors. Walk your dogs before dark, lock the cat flap and move rabbits and guinea pigs into garages or spare bathrooms.”

Ms Lindley recommended ensuring that all exits were secure and windows were closed and locked.

“You don’t want a scared animal running away, as they can easily injure themselves in the process,” she said. “Make sure your cats and dogs have identification on them with your contact details and their microchip number is registered with municipality with accurate contact details. This means that if they do run away, they are more easily reunited with you.”

Mahin Bahrami, of the Middle East Animal Foundation, said cat owner should put their pet in a quiet and dark room with their food and litter.

“Cats usually don’t like to be moved to a different house, but if there is a party in the house they should keep them in the most quiet part,” she said. “It’s OK if it’s by itself, they like quiet and dark places.”

More than 650,000 people are expected to gather in Downtown Dubai, where the New Year’s firework display illuminates the sky near Burj Khalifa.

The annual display at the world’s tallest building is this year one of 160 locations across the emirate to host displays at the stroke of midnight. Atlantis, The Palm is another popular place to ring in 2017.

In Abu Dhabi, large crowds are also expected as Emirates Palace Hotel is set to have a dazzling display from the beach. The sky will be lit up at the other end of the island at Khor Al Maqta, while the Sheikh Zayed Heritage Festival in Al Wathba will also have its fireworks.

June Bowling, an American who lives in Downtown Dubai, said this year she would be boarding her two dogs for one night during New Year’s Eve.

“One of dogs, an English Bulldog, is extremely fearful,” she said. “This would be the third New Year that I have had her, and the first two were terrible because I live really close to Burj Khalifa.

“The noise is really loud, so it’s hard for her. I’m going to board them both because they’re so used to being together.”

Ms Bowling said that the crowds that descend on downtown for the fireworks also scared her dog.

“Even taking her to the bathroom before the fireworks begin stresses her, so I decided this year it would be better to board her. I can relax and she can relax too,” she said.

“My other dog, who I recently got, also doesn’t like noises. He’s not afraid of them, but he’ll bark like crazy.”

Michael Singer, who also lives in Downtown Dubai, has three cats. He too was worried about the noise of fireworks.

“I think the noise of all the people on the boulevard is more interesting to them,” he said.

Source: The National
By: Diana Moukhallalati