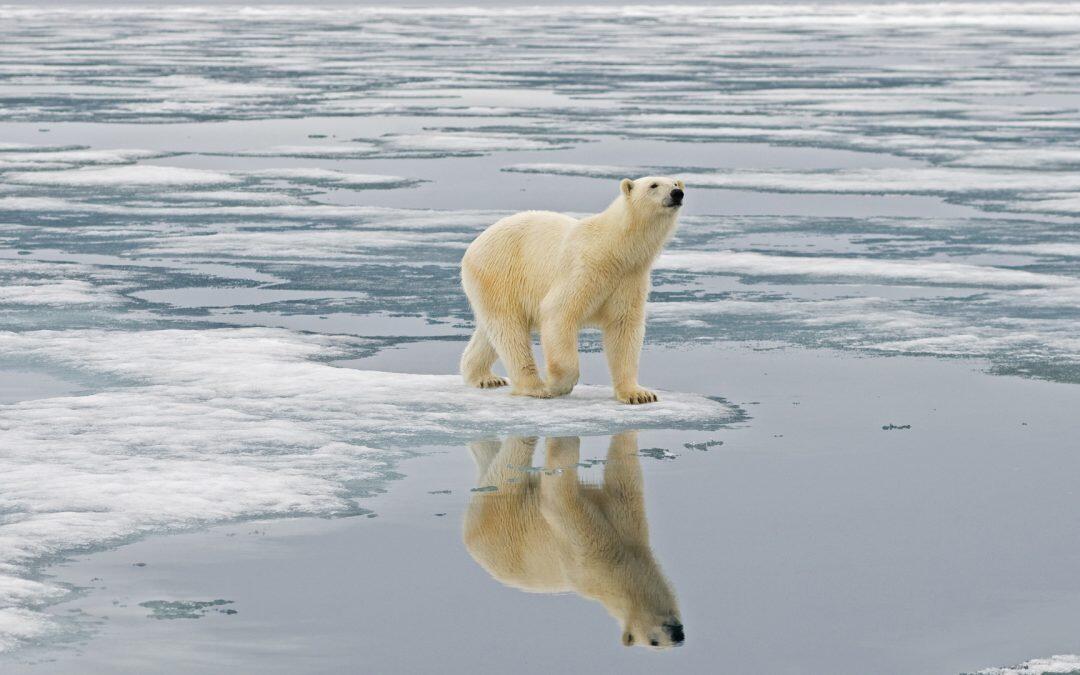 Climate change is affecting everything in a bad way, and we better start paying more attention to everything triggering it, and especially greenhouse gas emissions. One of the most important animals in the arctic, Polar bears, are now suffering from the effects of climate change.

The recent melting of the Arctic sea ice at very high speeds, is one of the main dangers posed by climate change against polar bears, since those animals rely heavily on the sea ice environment for traveling, hunting, mating, resting, and in some areas, maternal dens. In particular, they depend heavily on sea ice-dependent prey, such as ringed and bearded seals.

If we were to find ways in which we can protect those polar bears, we could think of ways in which we could slow down or even stop the ice melting in the arctic. Warming temperatures and greenhouse gas emissions increase the possibility of melting sea ice. So, we could start by decreasing the activities that melt that ice, and focus more on conserving polar bears.

According to an article published by NASA on October 4,2016, a new study by University of Washington researchers, funded by NASA and using satellite data from NASA and other agencies, found a trend toward earlier sea ice melt in the spring and later ice growth in the fall across all 19 polar bear subpopulations, which can negatively impact the feeding and breeding capabilities of the bears. The paper, published on Sept. 14 in the journal The Cryosphere, is the first to quantify the sea ice changes in each polar bear subpopulation across the entire Arctic region using metrics that are specifically relevant to polar bear biology.

The most striking result, researchers said, is the consistent trend across all polar bear regions for an earlier spring ice melt and a later fall freeze-up. Arctic sea ice retreats in the springtime as daylight reappears and temperatures warm. In the fall months the ice sheets build again as temperatures drop.

On the other hand, WWF mentions on its website that “the loss of sea ice threatens the polar bears’ main prey, seals, which need to raise their young.” 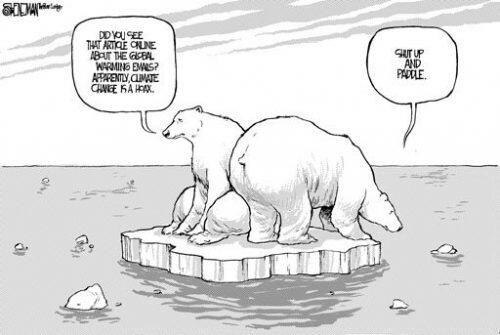 Arctic Sea Ice Extent statistics are not very promising, as we see in the most recent graph below, provided by the National Snow and Ice Data Center. 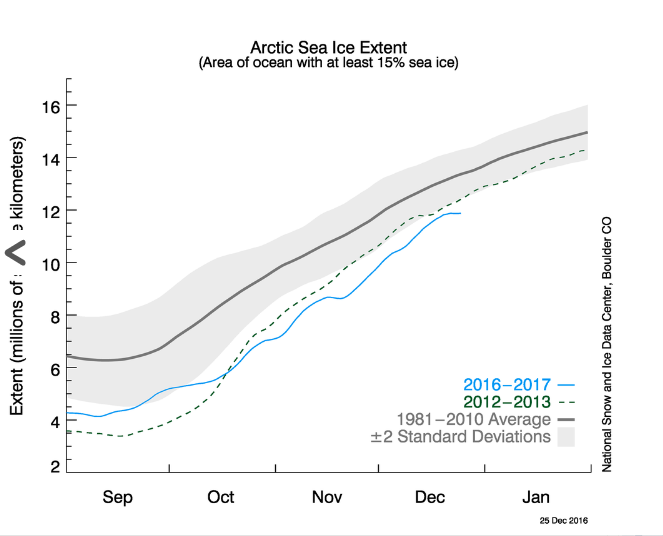 The graph above shows daily Arctic sea ice extent as of December 5, 2016, along with daily ice extent data for four previous years. 2016 is shown in blue, 2015 in green, 2014 in orange, 2013 in brown, and 2012 in purple. The 1981 to 2010 average is in dark gray. The gray area around the average line shows the two standard deviation range of the data. Sea Ice Index data. Credit: National Snow and Ice Data Center