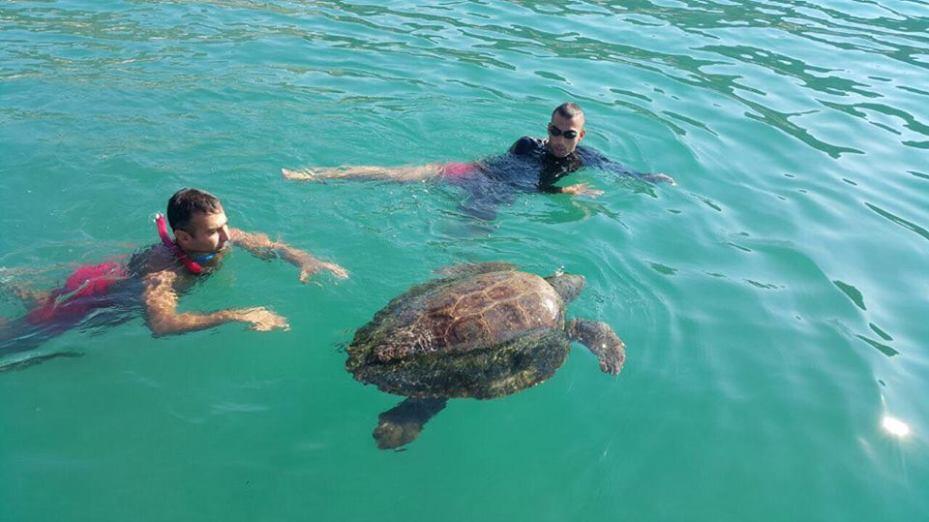 Translated from Arabic by: Zeina Nasser

The issue of “Lucky” the sea turtle summarizes the suffering marine organisms are going through in Lebanon. The abused sea turtle, which has been an environmental icon for around six months, puts us in front of our responsibilities towards sea turtles, and towards all kinds of marine organisms. Unfortunately, marine life is facing many violations being done in favor of dubious projects on public property, starting from Ramlet El-Baida, to reclaiming the beach with landfills.

It has become clear that there is an urgent need for the Lebanese state’s adoption of a project regarding the treatment and rehabilitation of sea turtles and marine organisms, especially that “Lucky”, which has been abused at Rmeileh beach due to people’s interest in taking selfies with it, has been taken care of by the rescue unit at the Jiyeh center which belongs to the maritime civil defense at the Jiyeh port.

This is a blatant example revealing the absence of care centers. If the civil defense’s support was not provided, what would have happened to Lucky’s fate?

An official source at the Civil Defense – Marine Rescue Unit which has been following up on the sea turtle’s condition for several months at the Jiyeh shore, told “Greenarea.me” that “there aren’t any updates regarding Lucky’s health status except that it has devoured some grass and crab, but that does not mean that its health conditions have improved, or that it can be re-released into the sea to resume normal life. ”

He elaborated “We are training it to swim and dive twice a week in an attempt to rehabilitate it, but we have not seen any improvement yet,” pointing out that “until now, it cannot dive under the water, and its appetite for food is not as it should be, although it began eating the food we’re giving it, and sometimes it eats up some grass alone.” He added: “We should prepare a watery cage in order to monitor its condition, until it completely heals.”

Marine biologist Haddo informed “Greenarea.me” that after he watched all the videos sent to him by our website, he concluded that all indications regarding the sea turtle’s health status reveal that “Lucky” suffers from an air sac under its shell,” pointing out that “this prevents it from diving under water, and from restoring its natural movement.”

Expert Haddo said that “The sea turtle must undergo a scanner, which will in turn, clarify the method of treatment that should be implemented, and it is often an easy process. We’ve treated similar cases before.” He also said that “it is not necessary to pull the air sac using a syringe, and instead of doing so, a small hole could be made in the shell before putting the sea turtle back in the water, so that it releases water while releasing air.” “That is when it will be able to dive again,” he confirmed.

He stressed on “the need to undergo the scanner from two positions, so that the situation which needs treatment will be clarified precisely,” pointing out that it is “advisable to conduct the scanner in a center that is specialized in the treatment of marine organisms.” Haddo also said that the scanner should be colored, and not black and white, in order to locate the air sac’s position and size, facilitating the process of its removal. ” Haddo expressed his readiness in volunteering “to treat the sea turtle and provide the necessary medication it needs, after removing the amount of air in it.” 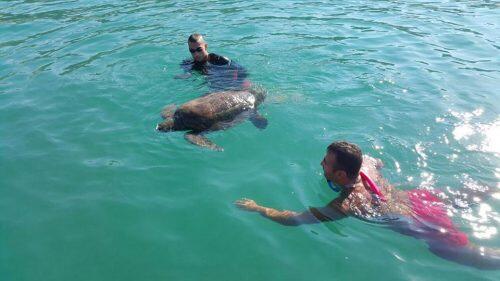 Dr. Mohamad Soukariyye, from the Directorate Of Animal Resources at the Ministry of Agriculture is following up on the sea turtle’s condition since it was abused at Rmeileh beach. In an interview with “Greenarea.me”, he expressed the ministry’s readiness to facilitate the process, especially in terms of securing the center where the “scanner” will take place.

He also saw that the sea turtle’s inability to dive might be due to the presence of an air sac under its shell, confirming that “the scanner is necessary now.” Sukkarieh pointed out that “the Ministry of Agriculture is the competent authority in this regard,” and stressed that “it is necessary to take quick actions.”