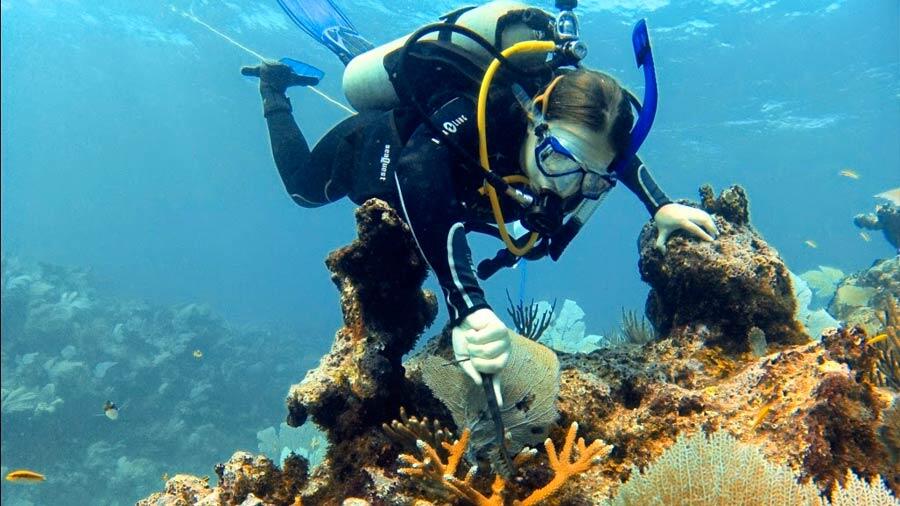 The academic explained that the development of the methodology for the restoration of these agencies required the analysis of mortality rates and coral growth models to generate growth estimate coral cover.

“We year and a half with the project and has given us very good results; it according to our model, which covers rates of growth and mortality of coral, extrapolating data this project has thrown us to get an idea of how we would operate at 10, 15 and 20 years, “he said.

The specialist described receiving 100 fragments, as calculated for the model estimates from Thousand, to know how the growth and mortality of the population would behave.

In the area of coral reefs Rock Swany, in the Holy Spirit Park, corals with higher growth potential were chosen and then were transferred to an experimental prairie for restoration, he specified.

“In other methodologies, corals move them to a laboratory where undergo a process of controlled environmental conditions, such as acclimatization and lighting, among others. For reasons of resources, we decided to relocate agencies to restore an experimental meadow, in a very close area, “he said.

He added that in this way avoid the acclimatization process, laboratory costs and everything involved.

“I will select the group of fragments, trying that were healthy, they would not have coverage sponges and algae, which had living tissue and once each fragment meet the specifications it moved directly to the experimental Prairie” he said.

Yunes Jimenez said that the copies were attached to rocks with a marine epoxy glue and growth was monitored until an advanced stage; then they were transplanted in its original ecosystem.

“I believe that the results-of a positive- growth occurred because next to the experimental channel prairie San Lorenzo is located, allowing contact with many undercurrents, with changes in temperature conducive for organisms,” he said .

He stressed that coral reefs are ecosystems that function as refuges for marine biodiversity and a major food producers are of great importance to the food chain.