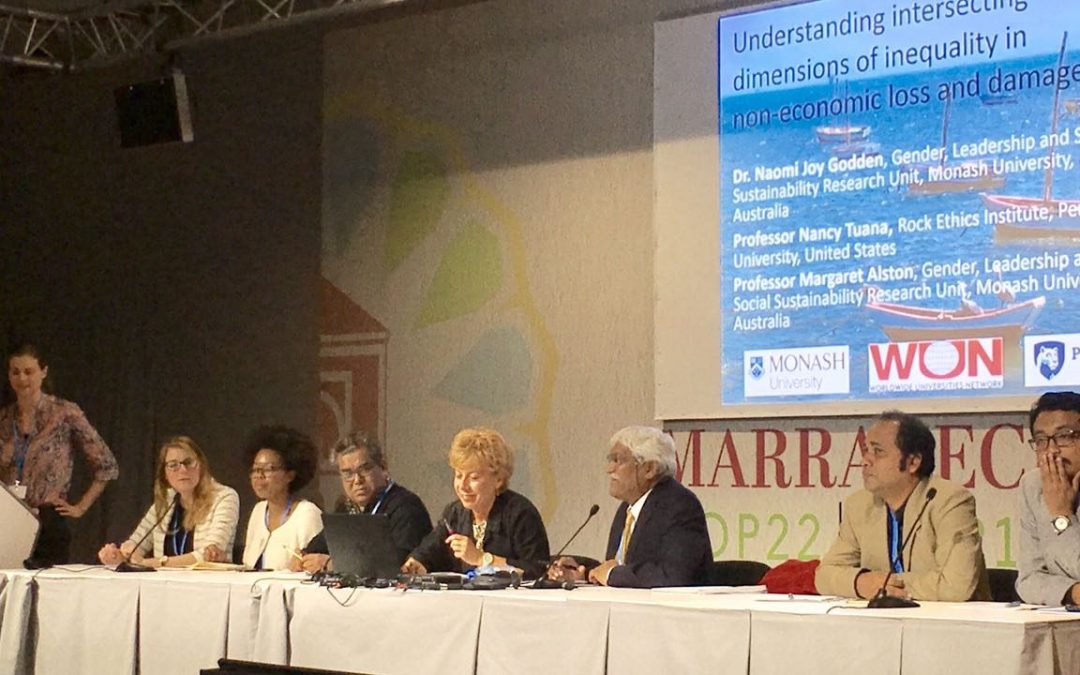 Loss and Damage is a provision in the Paris Agreement to help the world’s least developed countries, small island states, and others beyond just adapting to a changing climate. They also need assistance in the wake of natural disasters like floods, hurricanes, typhoons, and extreme drought.

Petra Tschakert, a Professor at the University of Western Australia said during an event hosted by the Worldwide University Network, “loss and damage in the Paris Agreement context is about much more than just environmental damage.” It is a matter of losing a community’s dignity for many. When their water supply is ruined and they have to share the only source with wildlife in the area or when schools are damaged, preventing education. It leads to further problems for international development.

There is also the matter of integrating how to manage the risk with those natural disasters. Tying those programs to environmental actions like building resilient infrastructure or protecting coastlines is the most effective way to help vulnerable states, especially islands like Vanuatu. Esline Garaebiti from their Meteorology Department said her government “was forced to pull departments together” to better manage the climate damage from frequent climate events.

Even Morocco faces this challenge. COP22 Head of Logistics and Security and Wali at the Interior Ministry Noureddine Bouyateb said that the country’s damn policy has helped to lessen risk of drought but it should also be coupled with its solar energy efforts to create more oases throughout the desert region.