Diet for brain health won’t get you 6-pack abs 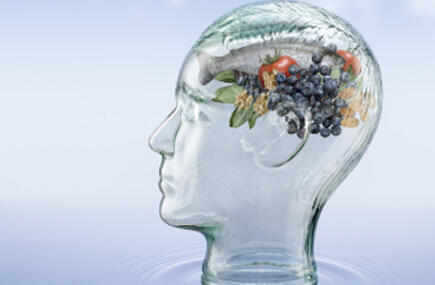 Popular diets have Americans shunning white starches and alcohol, but a Harvard researcher is challenging everything we’ve been taught about a healthy diet.

Dr. Preston Estep runs studies on gerontology at Harvard Medical School, and saysAlzheimer’s and other dementia related deaths have tripled in the last 20 years.

Our lifespan has gotten longer, but what Dr. Estep calls the “mindspan” has not. He says that can change depending on what we put on our plates.

The study wants us to limit our intake of red meat, but not for the reasons we’ve previously been told. Rather than concern over cholesterol, Dr. Estep believes an excess of iron could contribute to the deterioration of brain function.

People in countries with the longest “mindspans” like Japan, France, and Italy, have diets high in refined carbohydrates that Americans have been told to avoid.

Ingredients like white rice and pasta aren’t the foods to create 6-pack abs, but they may protect your brain.

Fermented foods, like pickles and red wine are also thought to play a significant role in preventing Alzheimer’s and dementia.

While this study doesn’t give permission to skip the vegetables, it’s nice to know we don’t have to cut out happy hour.