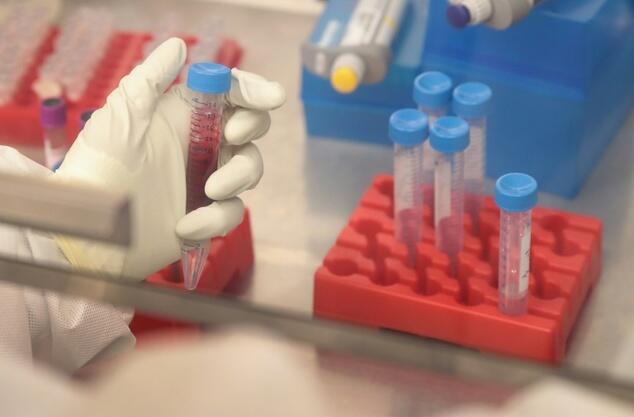 Exposure to tiny doses of hormone-disrupting chemicals is responsible for at least $340 billion (310 billion euros) in health-related costs each year in the United States, according to a report published today.

Neurological damage and behavioural problems, including attention-deficit/hyperactivity disorder (ADHD), autism and loss of IQ, accounted for at least four-fifths of these impacts, researchers said in The Lancet Diabetes & Endocrinology, a medical journal.

The invisible but dangerous chemicals also boosted obesity, diabetes, some cancers, male infertility and a painful condition known as endometriosis, the abnormal growth of tissue outside the uterus.

The economic impact of the chemicals leaves a huge, two percent dent in the US’ gross domestic product (GDP) each year.

“Our research adds to the growing evidence on the tremendous economic as well as human health costs of endocrine-disrupting chemicals,” said lead investigator Leonardo Trasande, an associate professor at NYU Langone in New York City.

“This has the potential to develop into a much larger health and economic issue if no policy action is taken,” he told AFP.

Mimicking naturally occurring hormones such as oestrogen and androgen, EDCs lock on to receptors within a human cell and block the body’s own hormones from binding with it.

Recent research has raised red flags showing that “environmental contaminants can disrupt the endocrine system leading to adverse-health consequences,” according to the US Environmental Protection Agency.

In the US, the biggest chemical culprit by far among the thousands of manmade molecules suspected of interfering with human hormones are so-called PBDEs, found in flame retardants.

Bisphenol A, used to line tin food cans, along with phthalates in plastic food containers and many cosmetics, were also held to be responsible for upward of $50 billion worth of health damages.

A similar study concluded last year that health-related costs of EDCs in the European Union were some $271 billion, about 1.28 percent of GPD.

Crucially, the main drivers of disease and disability were different on either side of the Atlantic, Trasande said.

“US costs are higher mainly because of the widespread use in furniture of brominated flame retardants,” which were banned in the EU in 2008, he explained.

The blood level of these chemicals in the average American would be in the top five percent of Europeans today.

By contrast, the health costs associated with pesticides in food were 10 times higher in the EU than in the United States, where more stringent regulations were put in place to protect pregnant women and children.

To put a figure on the impact of EDCs, the researchers reviewed blood and urine samples from the National Health and Nutrition Examination Survey, which has gathered data since 2009 on major disease risk factors from 5,000 volunteers.

Computer models were then used to project how much each of 15 diseases or conditions was attributable to chemical exposure, and the estimated health costs for each one.

Flame retardants and pesticides in particular are known to affect the developing brain and can lead to loss of IQ.

The costs and benefits of regulation should be openly debated, the authors argued, citing the decision in the 1970s to ban lead in paint, and then 20 years later in gasoline.

Commenting in the same journal, Michele La Merrill, an expert in environmental toxicology at the University of California in Davis, said the new findings “provide a lesson on the lasting economic effects of harmful chemicals.”

They should “inspire a policy shift to end the cat-and-mouse game currently employed the US government and industry.”

The EU set broad criteria in June for identifying potentially harmful EDCs, but consumer and environmental groups said they fell far short of what is needed.