A third of the oceans is anemic 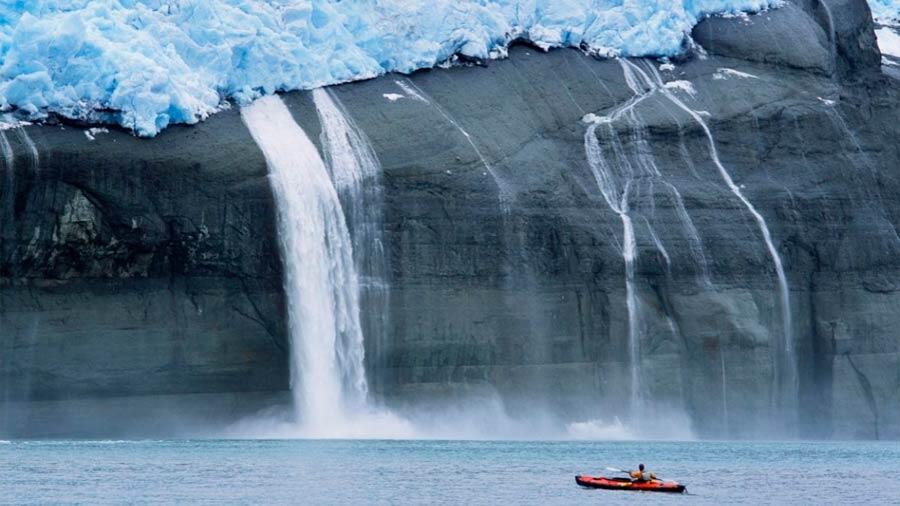 A third of the oceans is anemic, especially around Antarctica, due to lack of nutrients such as iron, which has led to the presence of large portions of marine “deserts”.

The iron present in atmospheric dust, acts as a natural fertilizer for the oceans and is important for the growth of phytoplankton, which produces much of the oxygen we breathe on the planet.

In addition, these microscopic organisms found in the sea surface absorb carbon dioxide, one of the gases that cause the greenhouse effect.

“The oceans are not in good condition when it refers to the growth of phytoplankton and bitty desert. This does not mean they are not healthy, but that the ecosystem could be more productive and have more life, “said Andrew Bowie EFEverde, chemical oceanographer at the University of Tasmania.

Bowie was part of a team that this year studied the role of particles in the atmosphere that are dragged from mainland Australia to the sea, aboard the ship “Investigator” of the Organization for Scientific and Industrial Research of the Commonwealth of Australia ( CSIRO).

The work focused on the analysis of the presence of micronutrients such as iron, and other minerals and metals such as copper, cobalt, nickel, manganese, which goes to nearby seas as a result of forest fires or other emissions.

“Some waters of northern Australia seem to have enough iron for phytoplankton growth, but the lack of nutrients necessary for the growth of these microorganisms and the low activity of iron anemia reflected in Antarctic waters,” he said Bowie.

“The Southern Ocean is far from Australia and South America, is really remote and the main source of iron it has to be atmospheric and dust particles. But it is so far not getting enough iron and so is anemic, “he said.

An exception are the waters around Heard Island, located in a sub-Antarctic area about 4,000 kilometers southwest of Perth, where abundant iron, scientists say, could come from underwater volcanoes.

Bowie and his team attempt to draw a map showing how these elements enter the ocean from the Australian mainland and measure, with sophisticated instruments, the presence of nutrients in the sea, which the scientist describes as looking a pinhead 200,000 Olympic swimming pools.

The other side of the coin is that a small variation in the amount of iron can change the state of the oceans to improve performance in phytoplankton growth.

The causes of anemia oceans are still unknown to scientists, as well as the correlation between a high presence of iron and fishing.

Neither is there clearly what could happen long-term climate change, but one hypothesis is that could change the way in which the iron is dragged into that area.

Experts are considering the possibility that in a scenario of climate change, with drier continents and increased desertification, increased wind drag achieve iron to Antarctica and promote phytoplankton growth may occur.

“It’s very difficult to know how this process will be long term. We are studying how it is transported from mainland Australia and perhaps we can predict how it would change in the future, “Bowie, who hopes his research data give some clues end of the year said.