What’s the relation between Coke, Pepsi… and health groups? 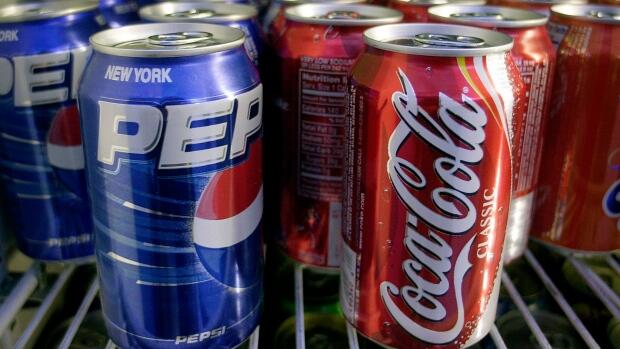 Coca-Cola and Pepsi, the two major US soda giants, have given millions of dollars to health organizations while quietly fighting anti-obesity measures such as taxes on soft drinks, a new study shows.

The Coca-Cola Co and PepsiCo, from 2011 to 2015, sponsored 96 national health organizations battling public health problems such as obesity, diabetes and heart disease, said the research published in the American Journal of Preventive Medicine. During the same period, the two soda companies lobbied against 29 public health bills intended to reduce soda consumption or improve nutrition.

“These companies lobbied against public health intervention in 97 percent of cases, calling into question a sincere commitment to improving the public’s health,” said the study’s authors Daniel Aaron and Michael Siegel of Boston University.

“By accepting funding from these companies, health organizations are inadvertently participating in their marketing plans,” they warned. Most of the recipients of the companies’ largesse were private organizations, while some were part of the US federal government, such as the Centers for Disease Control and Prevention (CDC). The donations have become larger in recent years, alongside mounting public health campaigns linking soft drinks to the country’s rising obesity levels – related to a growing prevalence of diabetes.

Coca-Cola recently revealed it had spent more than $120 million since 2010, financing scientific studies, partnerships with groups fighting obesity and lobbying. According to The Center for Responsive Politics – an independent, nonprofit organization – PepsiCo on average has spent US$3 million a year on lobbying since 2011. By supporting health organizations, the companies are trying to improve their goodwill image with the public to distract from their lobbying efforts. “By being able to say they partner with so many health organizations, they are able to create this image that they are actually contributing to public health,” Siegel said in a phone interview.

That diverts attention away from the fact that “their products are contributing to what is a terrible obesity epidemic,” he said. About 35 percent of American adults are obese, and 69 percent are overweight, according to 2012 official data. Spending on treatments linked to obesity accounted for a fifth of the country’s health care spending.

For Keith-Thomas Ayoob, a dietician and professor at Yeshiva University, the source of the funding is not as important as what is done with it. “I think there is a place for proper funding from industries,” he said. “I am only concerned that the fundings go towards the efforts that benefit consumers,” he said, giving as an example helping people better manage diabetes.

But Coca-Cola and PepsiCo engage in intense lobbying to kill any legislation against soft drinks, the study points out, putting the sponsored health organizations in a position of conflict of interest. That is the case of Save the Children, to which Coca-Cola and PepsiCo gave more than US$5 million in 2009.

A year later, the nonprofit withdrew its support of a tax for soft drinks, a key measure backed by the World Health Organization to fight obesity and diabetes. Contacted by AFP, the organization refused to say whether it was still taking money from both companies. The Academy of Nutrition and Dietetics (AND) and the NAACP, the nation’s leading African American civil rights organization, opposed a proposal by former New York mayor Michael Bloomberg to reduce the size of soda cans in 2012, after they received money from the two drinks companies. The AND, which broke off its ties to the two, told AFP it had accepted the money “to enable the Academy to reach a wider consumer audience with healthy eating messages.”

The NAACP did not respond to AFP requests for comment. Rhona Applebaum, Coca-Cola’s chief science and health officer, was forced out in late 2015 after reports that she helped set up the nonprofit the Global Energy Balance Network, which downplayed the role of sugary drinks in obesity and emphasized exercise.

“We may disagree with some in the public health community on discriminatory and regressive taxes and policies on our products,” said the American Beverage Association (ABA).

“But, we believe our actions in communities and the marketplace are contributing to addressing the complex challenge of obesity,” said the industry lobby, whose members include Coca-Cola and PepsiCo.

Contacted by AFP, Coca-Cola referred questions to the ABA, while PepsiCo did not respond. The ABA has vowed to spend millions of dollars in advertising campaigns in northern California, notably in San Francisco and Oakland, to defeat soda tax proposals in November votes.