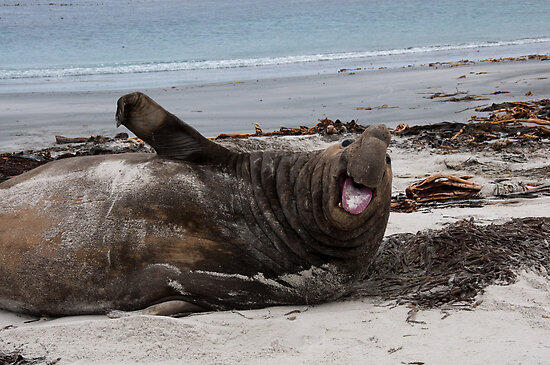 The deep waters of the Southern Ocean transport heat, oxygen and carbon dioxide from the surface to the deep ocean.This is the way through which anthropogenic CO2 is removed in part from the atmosphere.

However, due to climate change, the seasonal melting of floating platforms gall of Prydz Bay, East Antarctica, and the consequent entry of fresh water in the streams is hurting the formation of dense deep waters, vital importance for the Earth’s climate system.

“In regions where the dense waters of the ocean form is more difficult to increase the values of salinity in the water during sea ice formation if more fresh water is added,” he explains to SINC Laura Herriaz-Borreguero, researcher at the Centre for Ice and Climate Niels Bohr Institute at the University of Copenhagen (Denmark).

The team of scientists, led by Guy Williams of the University of Tasmania, suggested in the journal Nature Communications that increased merger with fresh water could significantly reduce the formation of deep water of the Southern Ocean. To reach this conclusion, the researchers had the help of southern elephant seals (Mirounga leonina).”Mammals arrive where and when they can not make humans”, the scientists explain.

“The southern elephant seals provided data in space and time properties of the sea in Prydz Bay, unobtainable by ships.Animals can reach places where research vessels can not reach because of thick sea ice in winter, “underscores the Spanish scientific.

Thanks to the placement of monitoring instruments in these animals that inhabit these Antarctic regions, Williams and his colleagues were able to gather for the first time data on temperature and salinity generated throughout the year across Prydz Bay in East Antarctica, of 2011-2013.

The results show that the flow of fresh water from the seasonal melting of floating ice shelves Prydz Bay decreases the production of dense water from the depths. “This region is experiencing an increase in seasonal thawing compared with other regions of West Antarctica, but since the processes are similar, one can speculate about what is happening in other regions where yes there is an increased melting,” he says Herraiz-Borreguero.

The dense water from the depths occur during freezing of the seas surrounding Antarctica during winter when ice and salt rejects leaving extremely dense surface waters. These end up sinking and help drive the movement of deep ocean currents.

According to scientists, most dense waters in the polynya open-spaces of water surrounded by sea ice in winter and areas of intense formation of ice sailor systems that exist in only a few areas such as the Prydz Bay counts three polynya systems. However, so far, available data suggest that the area produced less dense water than expected and questioned his contribution to the formation of deep water.

Through the southern elephant seals, scientists have demonstrated that even though the Bay polynya systems produce dense surface water, the density is reduced significantly with the entry of fresh water.

“If the production of these dense deep water weakens, can cause changes in global ocean circulation and capture atmospheric carbon dioxide, and thus affect the Earth’s climate,” concludes the researcher.