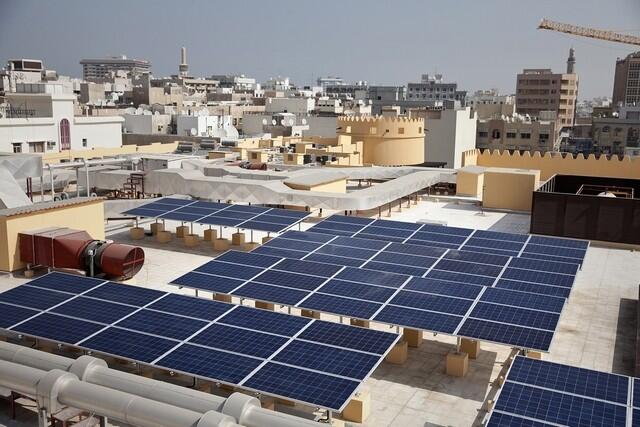 The solar industry may be booming regionally but a lack of specialised recruitment companies is slowing the hiring process.

“When we were recruiting, we contacted the largest firms in the UAE and none of these firms could supply candidates to match our requirements,” said Johann Schoeman, a partner at Dubai-based Oryx Solar, which specialises in the installation and maintenance of solar energy systems.

He said that there were many qualified potentials from places such as Pakistan, the Nordic countries and the Americas. “Recruiting technicians and labour with the right skills for solar installations [represents] another opportunity of focus for recruitment companies.”

Glasgow-based Taylor Hopkinson Associates, a specialist in energy and clean technology, is attempting to answer this call. The recruitment company has offices in London and Madrid and is looking to expand.

The company’s managing consultant, Jamie Taylor, described an increase in interest from candidates looking to relocate to the UAE in the solar sector.

“In general, the main growth markets for us are the emerging markets and we are currently focusing on Latin America, the Middle East and Africa, as well as continuing to do what we do in Europe,” he said. “With the Mena region being a ‘hot’ market right now – high salaries and tax-free and a strong expatriate community – this is one location candidates are interested in,” he said.

Mr Taylor said that the solar energy sector in general was experiencing huge growth on an international scale but while some markets such as the UAE are picking up pace, others such as the UK are slipping. “As the UK market declines, many people in the sector here want to continue their work in solar and therefore are having a look at international markets,” he said.

Even as oil prices have rocked the energy industry, renewable energy picked up steam last year, according to a report by the Abu Dhabi-based International Renewable Energy Agency (Irena). More than 8 million people held green jobs globally, a 5 per cent increase from the previous year. But the largest jump was in the solar photovoltaic (PV) industry.

Irena said that solar PV was the largest renewable energy employer, representing an 11 per cent increase from the previous year with 2.8 million jobs globally. As the UAE makes strides in reaching its renewable energy target of 30 per cent by 2030, the solar industry is poised to be a leader.

“If the country achieves its renewable energy plans, it can create up to 91,000 jobs in 2030, most of which will be in solar PV,” said Rabia Ferroukhi, the lead report author and Irena’s deputy director of knowledge, policy and finance.

And for Taylor Hopkinson, the UAE is a key discussion area for a new office. “Many companies are opening offices in the UAE and we’re seeing European players expanding into this market,” said Mr Taylor, adding that Dubai was a strategic location to access Africa and Asia, as well as a logistical hub.

“This is a topic currently under discussion and the likelihood is that we will have a base on the ground in Dubai – but just not yet,” he said.

Mr Taylor said that the market was still uncertain, but his company was serving local businesses through its European offices. “It is important to realise that many of the candidates we are recruiting for the UAE are not already based here, but in Europe. There is a huge Spanish community [in] the solar market in Mena and our office in Madrid allows us to capitalise on the strong presence of highly skilled solar specialists who are interested in moving to new markets.”