Australian Gold Venture Wants To Reopen Durban Deep Mine, Reclaim It From Zama-Zamas 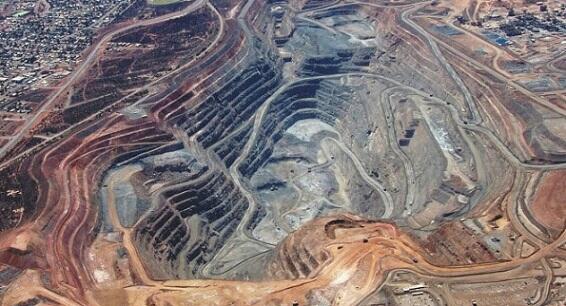 Hundreds of out-of-work miners and desperate illegal immigrants from Lesotho, Mozambique, Malawi and Zimbabwe try to eke out a living along Johannesburg’s estimated 10,000 miles of abandoned underground passageways, dug to extract gold from richly veined reef.

The miners, or zama-zama (it means willing to try your luck or take a chance) work shallow portions of mines such as Durban Deep, where they abseil and slither down tunnels under Johannesburg to extract gold, Daily Maverick reports. It’s a mole-like existence, as they chip away at seams with coal chisels and mallets, bringing their harvest up in sacks for processing at backyard smelters.

The zama-zamas are part of a shadowy network of ruthless criminality, with little or no concern for property, the environment or safety, enabling corruption in the public and private sectors.

South Africa is not alone. There are an estimated 25-million artisanal miners around the world — mnay in Africa — subsisting through mining rather than formally employed by a mining company. They often use dangerous methods of extraction. An estimated 150-million people in more than 50 developing countries rely on the sector. Usually artisanal mining takes place in remote areas away from government interference, environmental and other controls.

This is not the case in Johannesburg, Daily Maverick reports.

The Durban Deep area was mined actively until 2001 when it was shut after a failed merger with Johannesburg Consolidated Investments. The shafts were plugged, leaving an estimated 12-million ounces unmined.

Now a new Australian-led venture, West Wits Mining, is trying to reopen the mine, working with a property developer to build affordable housing for 75,000 people in the 4,000 hectare prospecting area to help mitigate Gauteng’s 800,000 housing-unit shortage, according to Daily Maverick.

Zama-zamas often live near closed or abandoned gold mines, Mail&Guardian reported. The absence of policy and regulation for this type of artisanal mining represents missed opportunities for jobs, according to Janet Love, commissioner for environment, natural resources and rural development at the South African Human Rights Commission. Mining in general can be more inclusive of the artisanal sector, Love said in a M&G report. This could enable a more comprehensive effort to lessen organised crime and tax evasion. The lack of policy undermines environmental health and local safety,

Durban Deep is the subject of a 1989 Elton John song. He sang about the killing heat two miles down in Durban Deep. You can find the lyrics here.

South Africa produced 144.5 tonnes of gold in 2015 valued at $6.6-billion. Zama-zamas produced another estimated eight tonnes, $400-million worth, Daily Maverick reported. An estimated three-quarters of the zama-zamas are illegal immigrants. With South African unemployment anywhere up to 40 percent, it’s hard for immigrants to find work.

An estimated 350 illegal miners operate in the West Witwatersrand area at any given time.

Mine officials and security workers estimate there are as many as 15,000 zama-zamas, compared to 120,000 people employed in South Africa’s formal gold mines. In 2015 there were at least 65 zama-zama deaths. This compares with an officially reported 33 worker deaths in South African gold mines.

Crime bosses run the zama-zamas. Rivalry gives rise to gang wars. In 2014 a gang trapped 200 zama-zamas by blocking the exits of an illegal mine. The death toll is unknown. Four years earlier, more than 100 illegal miners died in a single event in Welkom.

Most of the zama-zamas operate in commercial mines. Sibanye, the Gauteng province’s largest employer after the goernment, arrests 30 to 40 illegals each quarter. They enter the mines through unused shafts or by using the identification of legitimate miners. They can operate underground for months at a time, armed with explosives, home-made grenades and guns to fend off rivals and authorities, Daily Maverick reports.

Other mines in South Africa’s platinum belt in the northwest endure theft of underground copper wiring. In the northernmost province of Limpopo, traditional tribal chiefs have ignored the government and are running chrome mines without official approval.

The rise of the zama-zamas reflects the decline of South Africa’s mining industry. In the late 1980s South Africa’s share of formal global mining overall was 40 percent. Gold alone accounted for 540,000 jobs out of 880,000. By 2016, it had fallen to less than 5 percent and 473,000 jobs, even though it still accounts for 8 percent of GDP and more than half of South Africa’s merchandise exports, according to Daily Maverick.

Deep ore extraction is getting more difficult and expensive. South Africa produced 87 percent less gold in January 2015 than the same month in 1980. The country ranked No. 1 for gold output in 2006, when it mined 300 tonnes compared to its peak of 1,000 tonnes in 1970. Ten years later, South Africa is No. 7 in the world for gold production after China, Australia, Russia, the U.S., Canada, and Peru.

By 2011, South Africa’s global share of greenfield mining projects was 5 percent; compared to Australia’s 38 percent. Such a drop in investment is consistent with trends in other parts of Africa.

A 2010 Citibank survey ranked South Africa as the world’s richest mining country for non-oil reserves, worth an estimated $2.5-trillion, more than Russia and Australia with about $1.6-trillion apiece.

A new gold mine takes five years of investment of at least 2 billion rand ($136 million US)  to get past the feasibility phase. It could cost another $2 billion US to get to medium depth of the reef itself, involving another 10 years of work. Only then does the mine start to recoup the capital investment and, after another decade or more, a return a profit, according to Daily Maverick.

Nicknamed the “Grand Old Lady”, the Durban Deep area produced more than $20-billion worth of gold, at one point employing 18,000 people. Now the area is a lawless, contested domain of zama-zamas.

Durban Deep’s Australian owners believe that, with security, a quick response on mining permits, and permissions on the housing development, they can “sterilize” the surface area and resuscitate the mine. They calculate there is 500,000 ounces available near the surface to be excavated and back-filled, funding the next stage which will see the mining of another 1.5-million ounces above 270 meters before any major pumping is required. The mine could employ 2,500 workers.

South Africa still has more gold underground than has been mined. “It blows the geological mind,” an Australian specialist told Daily Maverick, “that the single prospecting area of the Durban Deep area is the same size and wealth of all of Kalgoorlie,”– the legendary, giant Aussie “super-pit” gold mine.