The Endless Dust Storms in Iran… 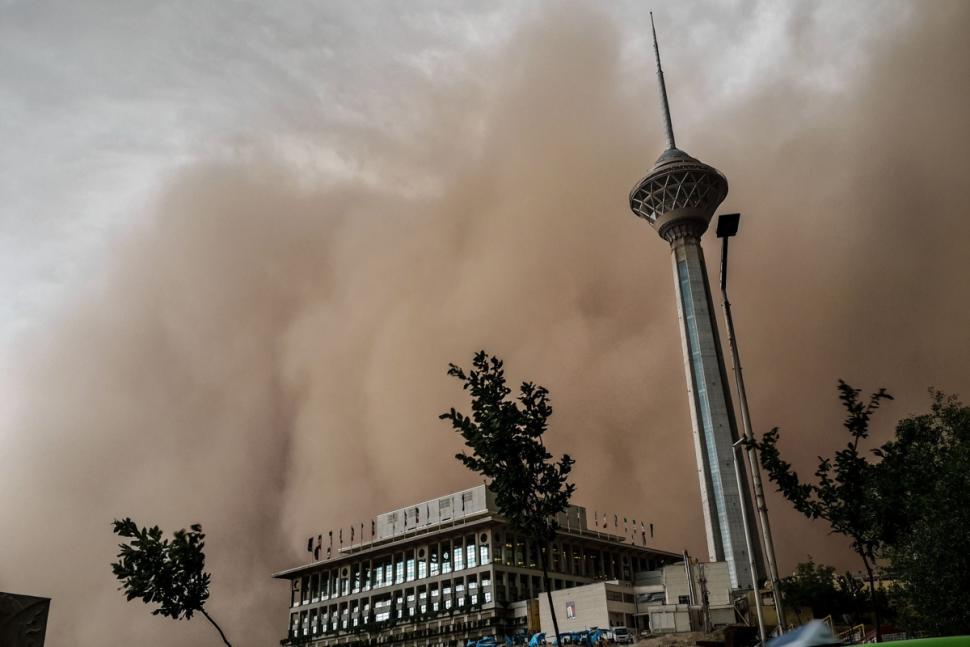 On the 29th of June, Iranian Deputy Director of Environment Department Said Motesaddi told “Fars” news agency: “Tackling the dust may not fall within the tenure of the incumbent government,” adding “I am sorry, however, that much of the dust comes from abroad and we cannot do much about it.”

Dust storms in Iran are an endless problem for the Iranians, who suffer the bad weather at many times of the year. Tehran Times reported that on the 22nd of June, the Iranian President Hassan Rouhani has tasked the Ministry of Foreign Affairs to follow up on the issue of dust storms which has led to serious health problems and environmental damages in western parts of the country.

On the 17th of June, IRNA reported that “Dust coming from Iraq and Syria deserts disturb daily life in western and southwestern parts of Iran cancelling flights at Abadan’s international airport”.

According to Iran’s Second National Communication to the United Nations Framework Convention on Climate Change, average temperatures have consequently increased by five degrees Celsius since 1960, while annual rainfall has dropped across much of the country.

Iranian studies have projected that average temperatures could climb almost one degree Celsius by 2039, while precipitation across the country could drop by 9 percent.

Where are all the dust storms in Iran coming from? 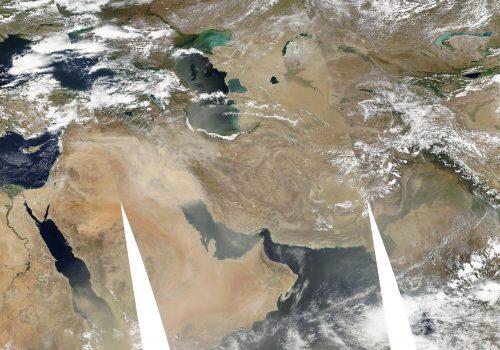 Abdul-Aziz Hamad, noted that they would help Iran to fight with this phenomenon as soon as they succeed in getting back their occupied territories from the ISIS and extremist groups. 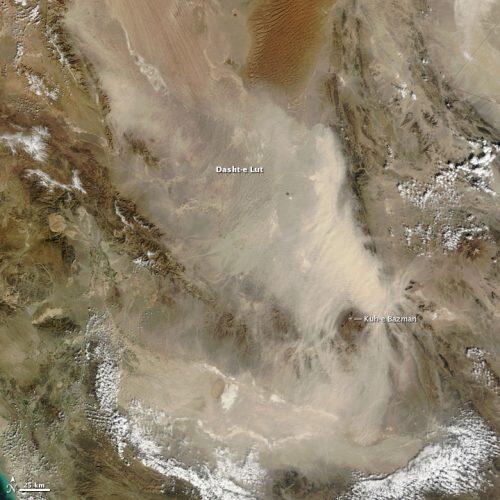 Moreover, he pledged to send a delegation of Iraqi experts to Iran in order to renew the previously signed environmental memorandum of understanding between the two countries and put those measures to effect to tackle the crisis.

Khuzestan, Ilam, Lorestan, Kermanshah, Kordestan, Bushehr, Kohgiluyeh-Boyerahmad, and even Tehran, Isfahan, and Alborz are of the provinces which have been dealing with this unwelcomed guest to different extents these days, the Media Express reported.

Ebtekar has announced that based on online maps the newly unwanted guest is coming from Iraq.

There have been researches and all the dust hotspots are recognized in Iran and now measures such as planting trees and reviving the wetlands are underway.

Attempting to revive a regional fund, Ban Ki-moon’s global report on the condition of the dust storms, and a resolution to develop local and regional cooperation and collaboration to combat the dust storms approved and adopted in the second United Nations Environment Assembly (UNEA-2) would hopefully sets ground for a future collaboration between different countries which have priority for the issue of dust storms.

But most significantly as Ebtekar has recently pointed this matter gravely relies on the fate of the clashes and wars in the region more specifically in Syria and Iraq.

Due to the war Syria and Iraq don’t have access to a great part of their lands. Therefore, they cannot do much to fight desertification and take environmental measures.

Environmental measures do help in decreasing the intensity and the number of dust storms happening in Iran.