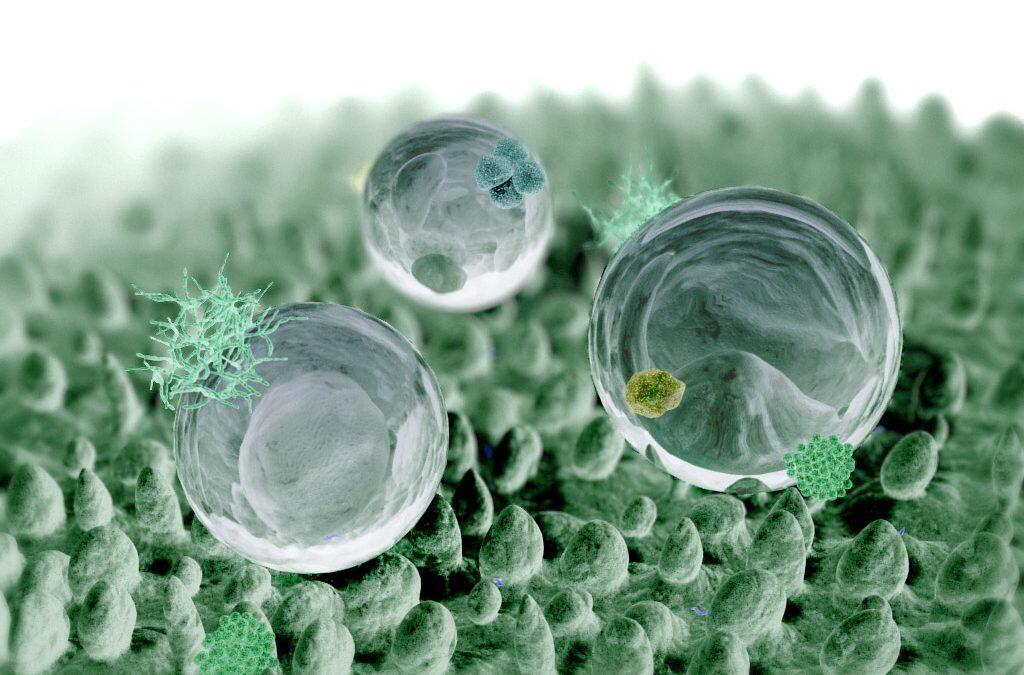 The lotus effect refers to self-cleaning properties that are a result of very high water repellence (superhydrophobicity), as exhibited by the leaves of the lotus flower (Nelumbo).

Dirt particles are picked up by water droplets due to the micro- and nanoscopic architecture on the surface, which minimizes the droplet’s adhesion to that surface.

The leaf’s self-cleaning properties have been an inspiration to a group of scientists from Europe, who used new photonics technology to develop lotus-like superhydrophobic, antibacterial metal surfaces.

Imagine a saucepan or a dishwasher cleaning itself, instead of you tiring yourself to clean it up.

The genus Nelumbo found in the lotus, made the basis for the scientists’ ideas for forming defense mechanisms, resulting in a breakthrough that will enable the production of self-cleaning sheet metal on an industrial scale.

The new technique, developed in the TresClean (High Throughput Laser Texturing of Self-Cleaning and Antibacterial Surfaces) project, will initially be used to create antibacterial surfaces for use in the food production industry – dramatically increasing productivity and reducing costs in factories which process biological food products such as milk, tomato sauce, and yoghurt, Sci-News website reported.

Liquids will bounce off the surface of metals, due to the formation of a lotus-like, thin surface, which the scientists cut using laser.

Prof. Luca Romoli from the University of Parma in Italy, coordinator of the TresClean project said: “In the same way that lotus leaves keep themselves clean, without the need for cleaning products or chemicals, their jagged, rough surfaces enable water to stay as spherical droplets by preventing spreading.”

She added: “Bacteria do not get a chance to stick because the contact with the metal surface and the liquid is reduced by over 80%. We are looking at an anti-bacterial metal.”

“It is possible that any use of metal that needs to avoid the formation of bacteria will benefit from the TresClean product, such as medical cutting tools, sterile surfaces, dishwashers, or even saucepans,” Prof. Romoli said.

What do you think about this concept? Would you try it and dump the washing liquid?