Investing in renewable energies in Syria 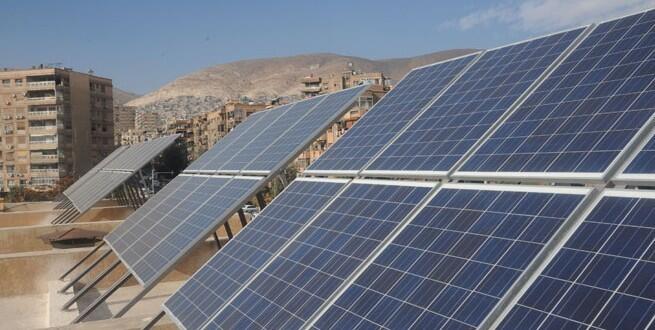 The Ministry of Electricity adopted the foreign currency (euro) in determining the price of electricity produced from renewable energies, which the private sector can produce and sell to the Ministry of Electricity. The payment will be in Syrian pounds, according to the type of technology used, which might ease the risk rate for the investor, due to fluctuations in the lira against foreign currencies.

This is a powerful move by Syria; a country undergoing a critical crisis. The aim of this report is to encourage private investment in the field of renewable energies, knowing that the price of a kilo for a domestic consumer does not exceed 3 Syrian pounds, for electricity produced from traditional energies, such as (fuel and gas), while the commercial and industrial interests might reach up to 32 Syrian pounds, for the production of electricity by traditional methods.

In our opinion, many actions could be taken to put this decision into effect, and the most important of them is education and media; there is a need for a huge media campaign, primarily aimed at introducing producers and consumers, to the economic viability for the new “encouraging” prices, and their impact on the national economy, especially that the demand for fossil fuels needed for the production of electricity would decrease.

We also realize that the resolution encourages producers, since the price of a kilowatt hour was identified on a constant base, linked to the price of euro, and the payment is in Syrian pounds, so that it is not affected by exchange rate fluctuations, according to the type of technology used (Photo electrics, wind farms, biomass energy), and this is a good feature for investors.

The benefit from the development of renewable energy sources could be summarized in the following four points: sustainability and protection of the environment, and diversity of sources and economy; All of these come at the right time, especially when we talk about reconstruction, after the destruction that has took place, along with the air, water, and soil pollution. We need many teams of experts, to study these pollutants, their concentrations, and the time needed to decontaminate them, in order for them to regain their vitality and ability to regenerate themselves.

NOTE: Even though the initial price was high for renewable energy systems compared to the prices of traditional energy systems, but if it was divided over the number of investment years, it constitutes a very small number.