Where has the Renewable Energy Sector reached in Lebanon? Future Expectations, Economic Costs 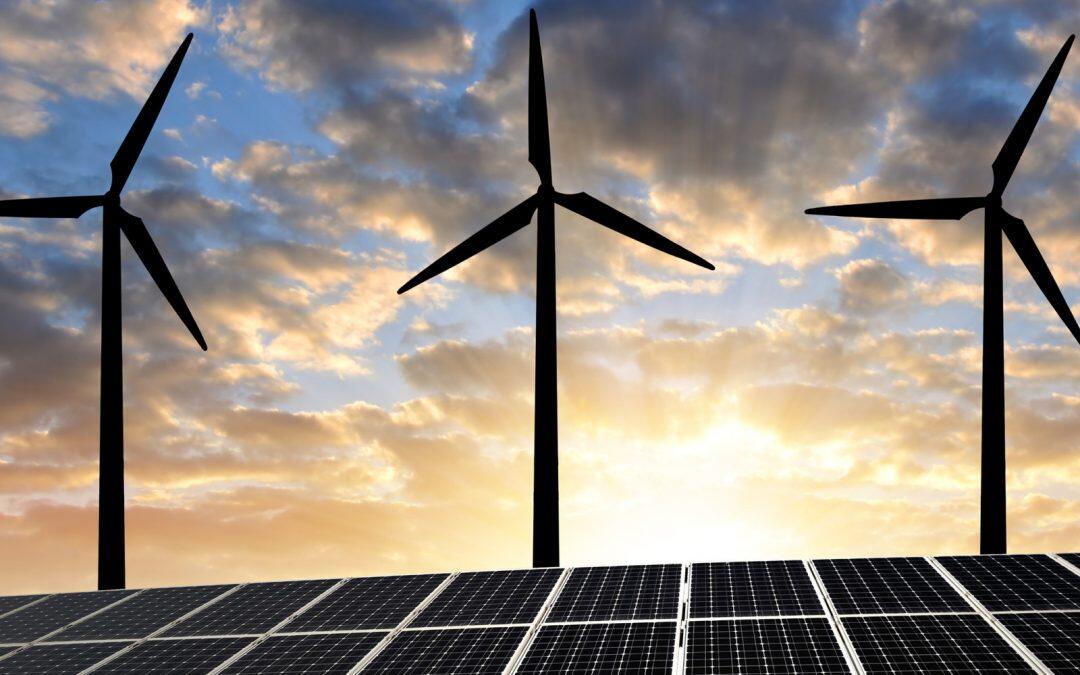 In its 2016 Edition of “Road map for a RENEWABLE ENERGY FUTURE” report, the International Renewable Energy Agency (IRENA) stated that doubling renewables in the global energy mix by 2030 is not only feasible, but cheaper than not doing so, especially that economic savings would far exceed the costs. It would create more jobs, boost economic growth and save millions of lives annually through reduced air pollution.

So if the CDR in Lebanon mentioned in its report in October 2015 that since the Lebanese economy, like any other economy, is linked to a key variable represented in the traditional way of producing energies, then its development stands against the challenges of energy availability, which confines the choice orientation towards fossil fuel resource management and the establishment of a sustainable formula for the supply and development, accompanied with a low carbon emission policy.

If it added that “a stake we must adopt for re-positioning within the new global economic order through moving forward with a long-term strategy to develop key economic sectors to reach economic sustainability therefrom”, confirming that “the expenditure by the Lebanese Government of not less than thirteen billion dollars to import fossil fuel material for EDL from 2005 until 2013, has pointed to the enormous subsidy for the sector by the state, which illustrates how challenging reforms have become for the Lebanese government to face in the foreseeable future”, adding “Especially after the covenant it took upon itself to carry out the required reforms in order to transform the sector from a burden on the treasury and its economy to an effective sustainable nerve that would render a positive impact over the national income growth and consequently on the economy.

So who should implement the re-positioning Lebanon must undergo in the world economic sector? Who must be in charge of forming a long strategy focusing on renewable energy sources instead of fossil fuels which cost Lebanon a lot more than clean energy sources?

CDR: Current Condition of Power Sector in Lebanon (in Numbers)

According to that same report, the electricity sector in Lebanon has entered a critical phase in terms of the production capacity deficit, saying that the imperative issue requires reconsideration of the priorities in order to prevent further deterioration in the first phase, bridging the deficit in the second, and anchoring the required stability at the end.

In accordance with the Ministry of Energy and Water, the demand on electrical energy reached 20,036GWh in year 2014 (inclusive of the Syrian refugees’ demand), which can be approximated at an annual average of 2287MW of power demand, which is equivalent to 3267MW of peak power demand at a load factor of 70%.

The current gap extended to 1225MW represents 38% at peak power demand, which is equivalent to 9 hours of daily rationing. Should this situation prevail, the gap is expected to increase and reach 1398 megawatts by the end of year 2015, which is equivalent to 41% of the demand, or about 10 hours of daily rationing. Currently, the main effective peak capacity does not exceed 2042MW whereas the demand has surpassed 3260MW in 2014. Power generation in Lebanon is concentrated mainly on thermal energy production. Hydropower produced from plants does not exceed 4.5% from the total generation capacity in the country.

An element of Lebanon’s Third National Communication to the United Nations Framework Convention on Climate Change, mentioned that the main contributor to greenhouse gas emissions is the energy sector with 74% GHG emissions, followed by the waste sector (11%) and industrial processes (10%). In case of droughts which will extend to 24 days by 2018 and will double by 2019, it reports, and “cost impacts will be added to irrigation needs, as more pumping hours will be required, therefore consuming more energy”.

The Second National Communication (MoE/UNDP/GEF, 2011) has identified potential adaptation efforts which generally aim to reduce the vulnerability of Lebanon’s capital resources to climate change and increasing their resilience, with a focus on several areas, we mention of them the electricity sector.

Potential options include: improving the energy-use efficiency of buildings and transportation systems; and developing energy-supply systems that are less vulnerable to the disruptions of extreme weather events, higher average temperatures, and other aspects of climate change.

Increased average annual temperatures will impose costs other than those linked to higher demand for cooling. They generally will lower the efficiency of thermal power plants, increase electricity losses in transmission lines, and reduce the efficiency of electrical motors and devices.

The Lebanese Center for Energy Conservation (LCEC), a national organization affiliated to the Lebanese Ministry of Energy and Water, has recently raised the report along with the results which were reached regarding the bid on the production of wind energy (60 to 100 megawatts), so that the Cabinet makes the appropriate decisions directly or through a ministerial committee which would be formed for this purpose.

The bidding is made according to what was mentioned in the initiative no. 5 of the second theme in the paper on the electricity sector policy which “is committed to launch, support and activate all public, private, and individual initiatives, for the use of renewable energy sources to reach 12% of the Lebanon’s needs for the production of electricity and heat” by 2020.

What about other accomplished projects? LCEC reports that the Energy production market by Photovoltaic cells in decentralized projects has exceeded the current production estimated at 20 megawatts, knowing that the market size is expected to reach 50 megawatts at the end of 2016.

The production of electricity by solar energy project on the Beirut River channel has been accomplished with a capacity of one megawatt, and the production has been linked to the EDL network. 30 projects for the production of solar energy have been linked to the EDL network through implementing net-metering, which include huge projects at a capacity of 300 kilowatts.
“The National Energy Efficiency Action Plan (NEEAP) for 2015-2016 was launched with all stakeholders and experts from both public and private sectors”, but how will this be translated in reality? We will wait to see…

LCEC is currently preparing and formulating the “National Plan for Renewable Energy” NREA to achieve the objectives of the Government of Lebanon in 2020.

According to LCEC, the Central Bank of Lebanon is working on ensuring the mechanism for the sustainability of funding for energy, renewable energy, and green buildings NEEREA projects and launching similar supporting environmental projects LEA through the incentive package deal for 2016 mechanism, is worth noting that the value of investments in this sector as a result of support exceeded $ 500 million.

Two draft laws were referred to the Parliament regarding a loan agreement with the European Investment Bank and the French Development Agency to finance loans for the private sector in the field of renewable energy and energy savings, which will ensure the sustainability of the available funding mechanisms.

What we need for a Promising Future in Renewable Energy

What does Lebanon need for a promising future in renewable energy? Knowing that the COP 21 focused on the world’s shift from fossil fuels to renewable energy, which do not emit poisonous gases. Dr. Naji Kodeih, an environmentalist, and consultant who witnessed the COP21 explained to “Emaar Wa Iktisad” what Lebanon needs for that shift, and for a promising future in renewable energy. The most important thing, according to Dr. Kodeih, is creating integrated strategy for renewable energy which focuses on legislation,” since the energy sector in Lebanon has been operating on monopolism, and no one has the right to produce and sell electricity. We want to end that”. Kodeih affirms “we want to create institutional ways which encourage shifting towards renewable energy and producing electricity.

Kodeih brought on the successful examples in Morocco and Tunisia, who established laws that encourage investments in the renewable energy sector, by providing exceptions from taxes. These countries are making accomplishment in this regard.

The environmentalist also calls for deep research and studies in the renewable energy field, which should focus on what Lebanon is benefiting from wind energy, solar energy, and other kinds of energy such as thermogeologic resources.

He calls for a Diversification of energy sources Strategy, in which fossil fuels are replaced by renewable energy resources.

Kodeih sees that “there should be monetary incentives to drive more investments in the renewable energy field, such as easy loans”, adding that “establishing and improving the institutional structure is a must, referring to the LCEC. What about the current projects of the center? The environmentalist says that it has not yet accomplished the required success.

Despite the fact that the Central Bank of Lebanon is providing easy loans for the water heating solar panels, with 0% interest rate, Kodeih asks: Why hasn’t this project succeeded. He continues that “the project was assigned to a number of companies specialized in water heating, who confirmed that these solar panels are bought with 0% interest rate”. What’s striking, he says, is that “the cost includes a very high interest rate, and in addition to that, the company obliges the customer to pay several fees to get the product, forbidding him/her from buying it with cash money, since the interest rate decreases”. Why buy a household water heating solar panel for 1200$ from a company if one could install it by himself/herself for 500 or 600$? This project did not succeed, says the professor.

On the other hand, the LCEC confirms “the growth of the solar water heating systems market, which allows the achievement of the goal of one million square meters of solar panels by 2020”, adding that “according to The International Energy Agency (IEA), Lebanon was among the top 10 countries in the world in the size of the solar panels market in 2012”.

Nuclear Physics PhD and Economic & Strategic Expert Prof. Jassem Ajaka confirmed to “Imaar and Iktisad” that “Lebanon’s shift towards renewable energy resources will save thousands of dollars to the Lebanese treasury, knowing that electricity will be provided for 24 hours/day.

We need to shift to renewable energy resources as soon as possible, especially that the commitments made by all nations at the Paris climate summit, require a very low- or no-carbon electricity system.  In addition to that, IRENA confirms that doubling renewables saves up to 15 times more than it costs. Renewables are way ahead of Lebanon now. We need to start implementing, ending monopolies, and asking the CDR what are all these reports with little or no implementation at all for?