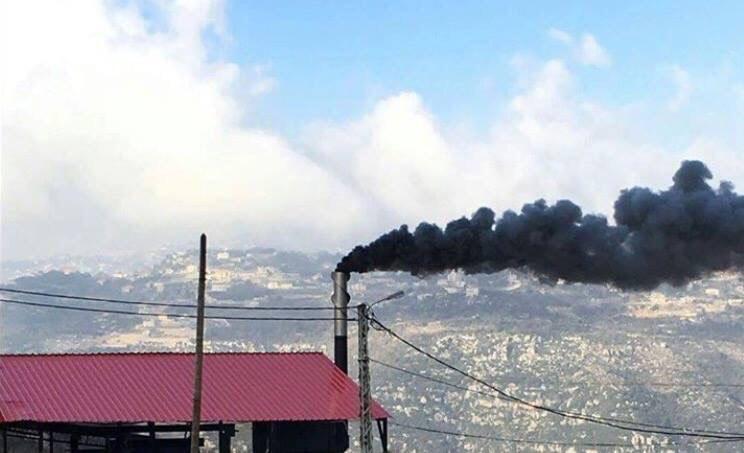 Translated from Arabic by Zeina Nasser |

Here we are today, with the residents of Dhour al Shweir region, in front of the catastrophe which we warned from happening since the first moment we heard the news of the ominous incinerator, which the advertisers which we then called “jugglers” announced. Their lies filled the media outlets, which branded the false claims on the “magical” incinerator.

We explained everything regarding to the incinerator, referring to Science, technology, and the latest research on environmental health, to let people see the dangers of incinerating, and the particulate, gaseous, and metal pollutants, that are generated from that operation, in addition to a number of aromatic polycyclic chemical compounds, classified as one of the most toxic materials which are dangerous to human health. Not to forget that some of these chemicals cause cancers, birth defects, disorders and hormonal infertility in men and women, in addition to physiological and structural perturbations of many body organs. They also cause chronic cardiovascular diseases, and diseases in the liver, kidneys, immune system, respiratory and nervous system.

We stated the scientific facts, and enriched them with evidence from university researches, and scientific reports issued by renowned centers and institutes in modern European, American countries, and others.

On the other hand, the advertisers announced on TV stations, newspapers, and websites that their incinerator “repeals” pollution due to its high temperature, and it “destroys” the chemicals, while “purifying” and “inactivating” them. They added that their incinerator does not generate dust or polluting gases.

They filled the place with lies around the “fourth generation”, and the latest in technology, and so on of their branding and advertising sayings which many believed. However, experts discovered these lies, and everyone who is keen on the Lebanese environment, the health of Dhour el Shweir’s residents, and its surrounding, faced these false sayings.

Here we are today in front of the “cocktail” of pollutants emitted in the calm town’s air. These pollutants are being emitted in Dhour el Shweir which is known as a touristy area, causing all kinds of chronic diseases. A bouquet of pollutants especially for the residents of the region, who we are keen on their health.

Who holds them accountable? Who monitors? Who ends the violation of laws and decrees? Who stops this farce – tragedy? Who protects the Dhour Shweir residents’ health? Who protects all the Lebanese from the fishermen tampering in the sea of raging crises?

Who else would do what’s necessary against those, if it weren’t to Dhour al Shweir residents? You have to protest with all the legal ways which the Lebanese constitution and its democratic law allow you… Stand up for your environment, your health. Get up to protect the embryos in your mother’s womb. Stand up to protect your future generation… We are all with you. All the Lebanese support you.