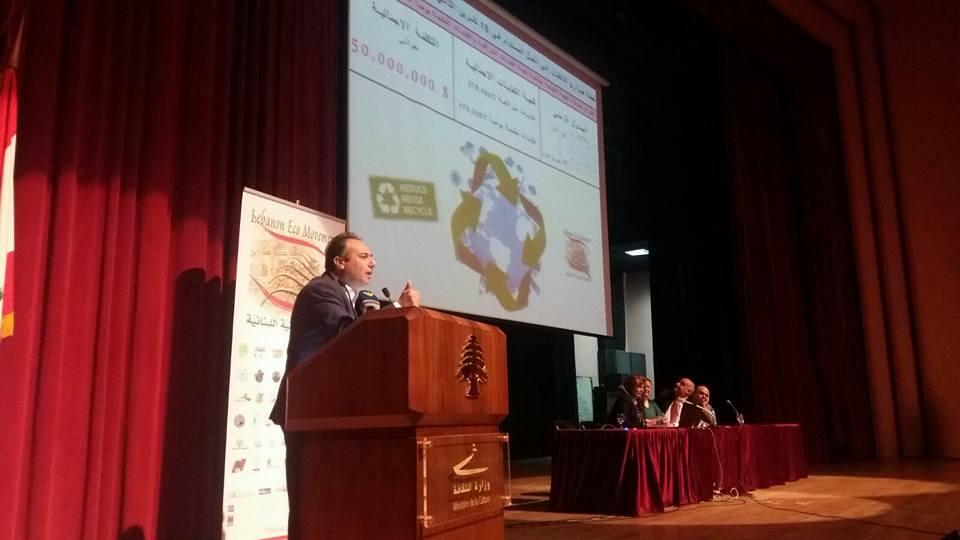 After 7 months since the beginning of the waste crisis in Lebanon, the Lebanese Eco Movement organized the “Waste Crisis Rescue Conference” at the UNESCO Palace, which focused on the legal aspect of the waste sector, the reasons behind the waste crisis, and its outcome, along with the available technical solutions. Environmental experts participating in the conference, however, stressed on sustainable environmental solutions.
The conference ended by declaring a “contingency plan to address the backlog of waste at a cost of $15 million within a period of 8 months, and daily waste at a cost of $35 million for the same duration.”
Conferees voiced strong objection to “all non-environmental, unsustainable proposals” and decided to form a special crisis cell, composed of representatives of civil society, unions, municipalities, university professors and industrialists, in addition to the Lebanese army, to address the waste problem.
A meeting is to take place with the ministerial committee to follow-up on the waste dossier by upcoming Tuesday the latest, and to work on a modern law that respects a hierarchy solution in addressing the trash issue.Conferees also called on environmentalists to “run for the upcoming municipal elections.”
[youtube https://www.youtube.com/watch?v=MWBT1mirOP4]

Seven months ago, the authorities shut the main landfill site for garbage from the capital, without providing an alternative. Since then, rubbish collection has halted and festering trash has piled up in the city streets, causing what researchers and campaigners now say is a public health emergency.
Untreated, unmanaged rubbish threatens the water supply, academics say. Hills of waste rise from makeshift dumps across the city and surrounding areas, including the banks of Beirut River just meters from where it meets the Mediterranean.
Garbage has been burnt, including in the normally lovely forests around Beirut, filling the air with foul smoke that contains dangerous levels of pollutants.
As waste burns, carcinogens in the air increase by at least 2,300 percent, and metals including lead and arsenic increase by 98-1,448 percent, a study by the American University of Beirut and the Lebanese National Council for Scientific Research (CNRS) found.
Seven months is a long time in waste management: the area produced around 3,000 tonnes of refuse a day before the crisis, meaning around 700 million tonnes of untreated trash has had nowhere to go.
A long-term recycling and waste management plan proposed by a committee of experts late last year failed to make it off the ground because communities rejected proposed new landfill sites. 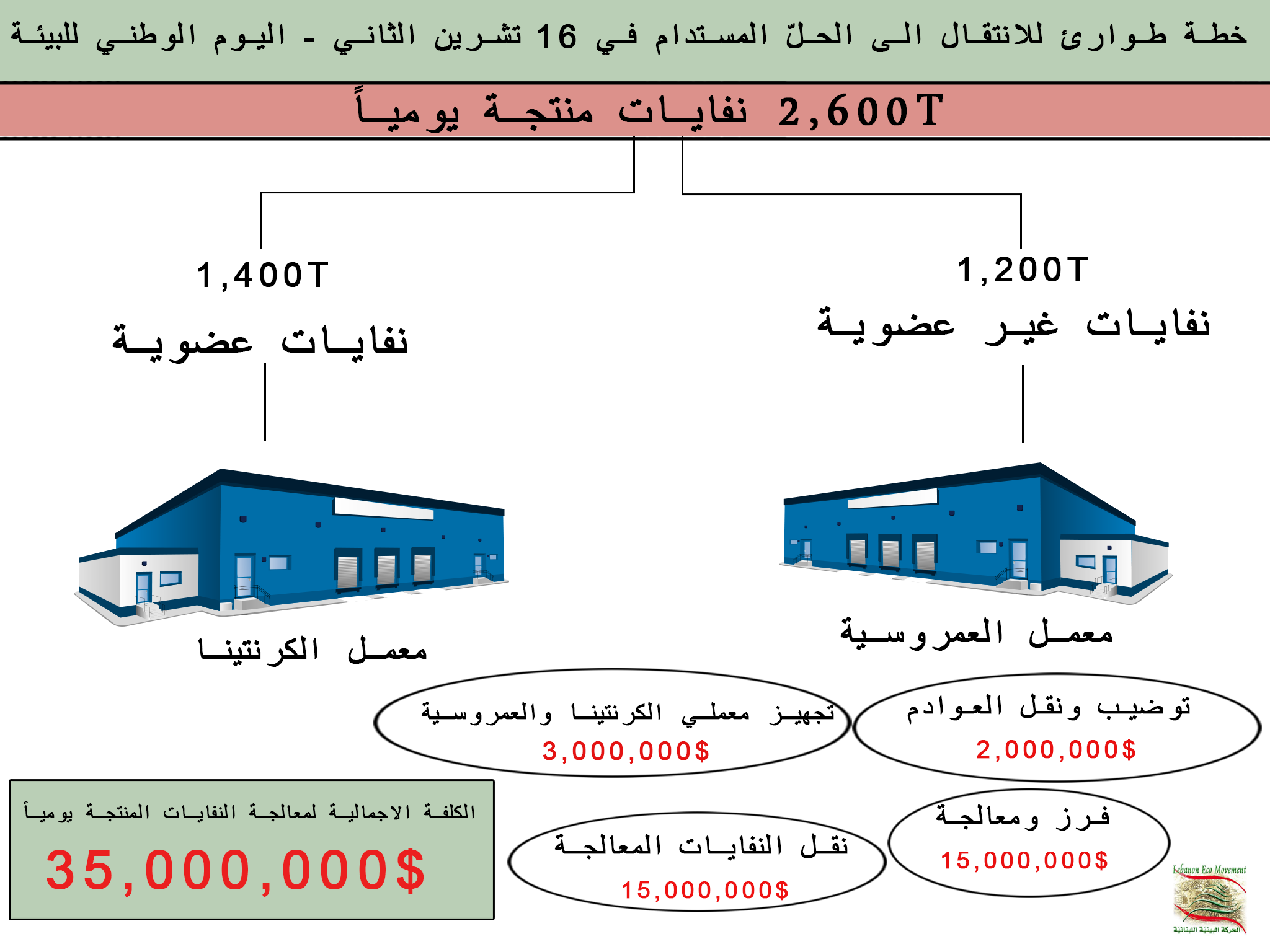 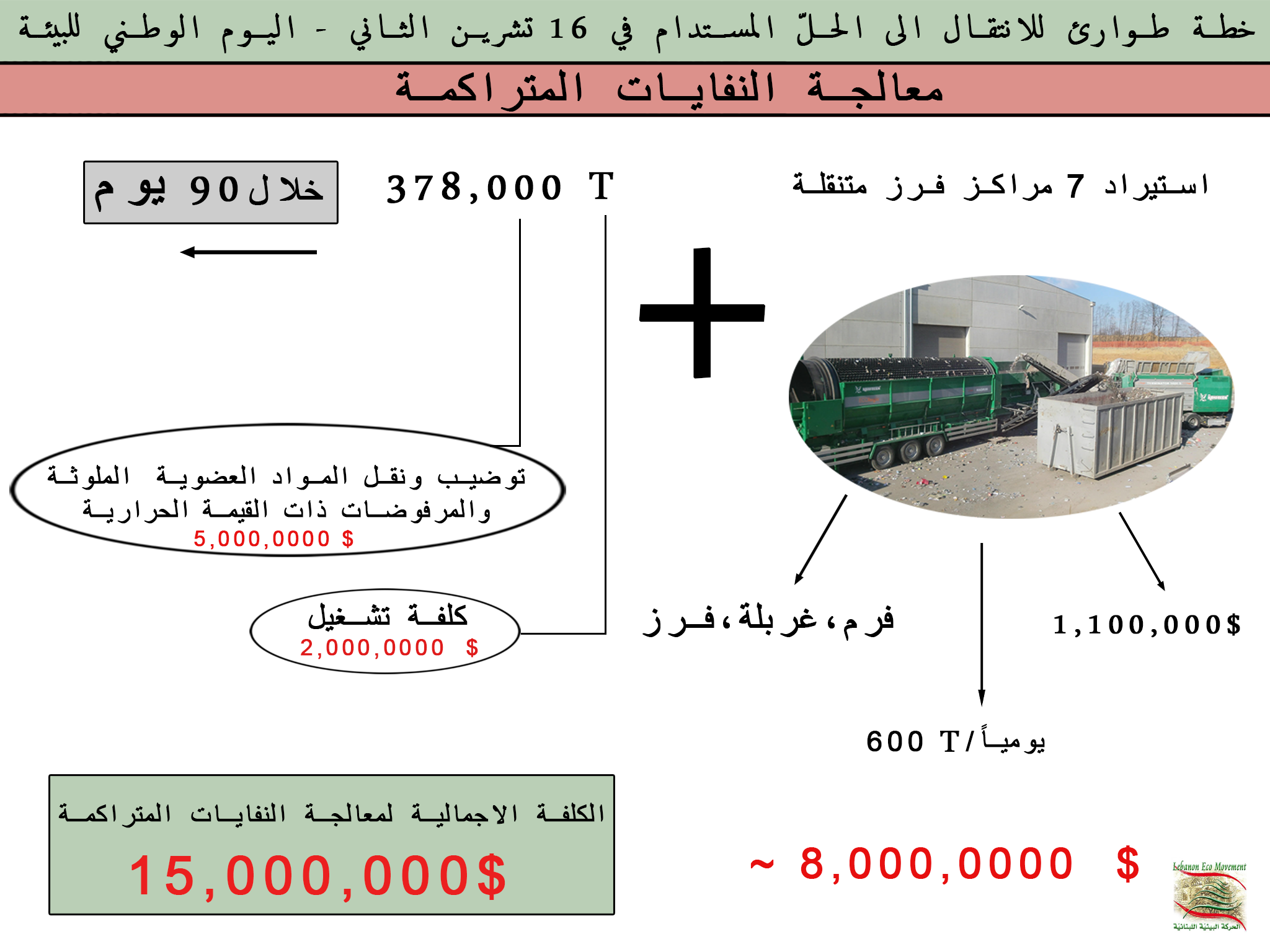 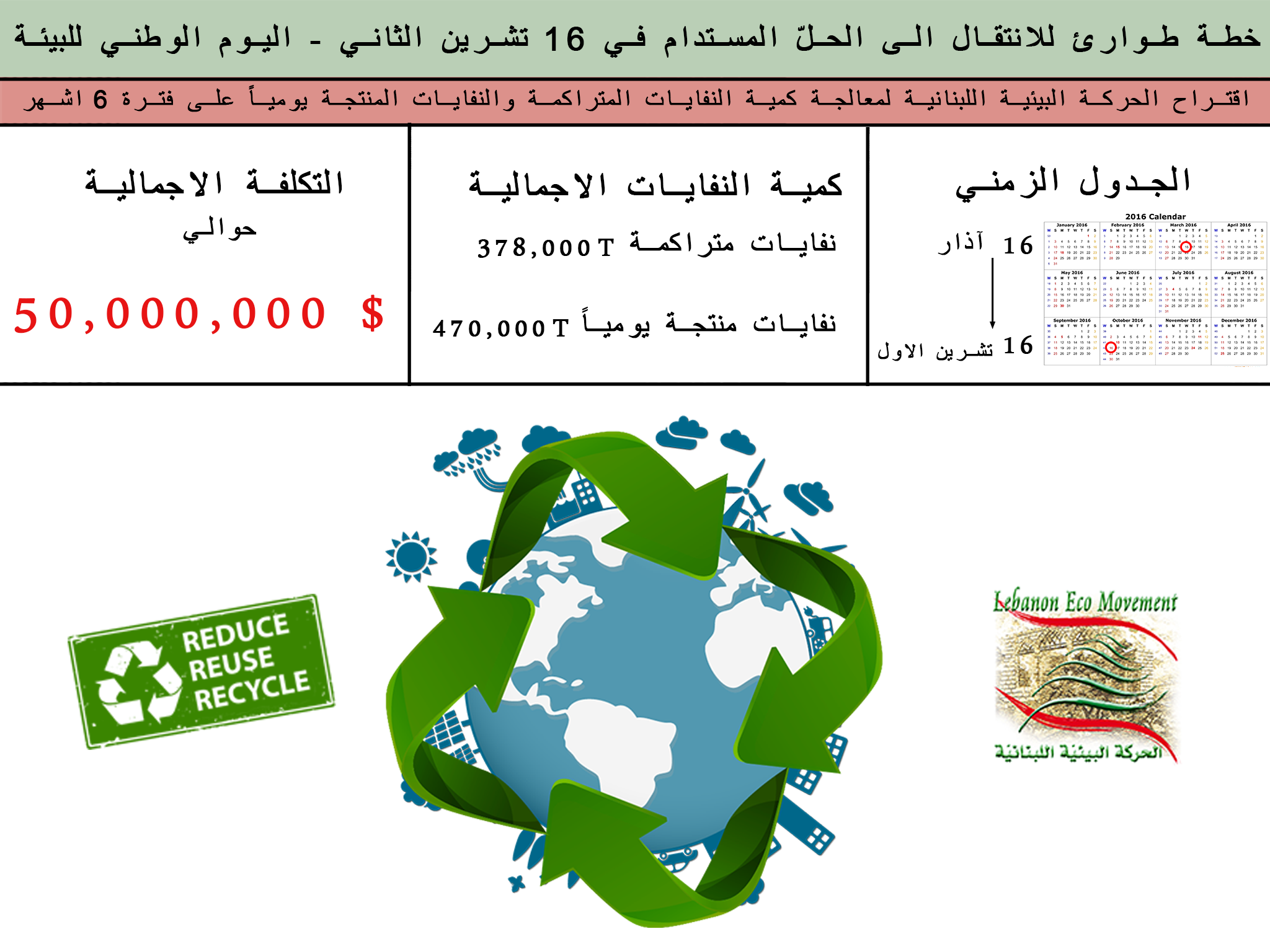 greenarea.me interviewed a number of environmental experts, environmental engineers, and members of environmental organizations, and discussed the solutions mentioned in the conference, along with the extent of the readiness amongst the Lebanese to implement the environmental solutions.
Environmental expert, and greenarea.me consultant Dr. Naji Kodeih answered our question around the solutions that could really be implemented in Lebanon and not just discussed, by saying that “the real policy for waste management in Lebanon is only the landfilling and incineration or exportation”, adding that “these three options are the basis of the waste crisis in Lebanon.
“waste management should include recycling, composting, and finally sanitary landfilling for the remaining 10 or 20% of wastes generated in Lebanon. We are here to condemn the official policy of the government regarding waste management in Lebanon, which is destroying the environment and people’s health” he added.
Ajwad Ayyash, an activist from Al-Naameh Landfill campaign said : “Al-Naameh was never a landfill, it is a dumpsite”.
“Unfortunately, for 17 and a half years, about 20 million tons of all kinds of wastes were dumped in Al-Naameh, which is not very far away from my village Baawertah” he added.
Ayyash spoke bitterly of what it feels like to be in a place with a stinking smell in the air on a daily basis. “The smell is indescribable due to the variety of garbage thrown in that region. However, Al-Naameh residents, along with the residents of surrounding villages decided to close the dumpsite, with the support of the Lebanese Eco. Movement” he added.
Reduce, reuse, and recycle, the three R’s is the only solution that the activist believes will end Lebanon’s garbage crisis. Our garbage is only garbage when we do not use it, according to him. However, it is just “waste” when we manage it right”.
Environmental expert Bashir Abi Salloum and university professor Dr. Mirvat al-Hoz both said that we should separate hazardous wastes from household wastes, in order to prevent health dangers.
In conclusion, everyone wants, and is calling for sustainable solutions for the waste crisis in Lebanon, and the means to do it could be easily applied, but will the political decision be finally made according to Lebanon’s and the Lebanese’ interests, and not according to the politicians’ interests?
Read translation :