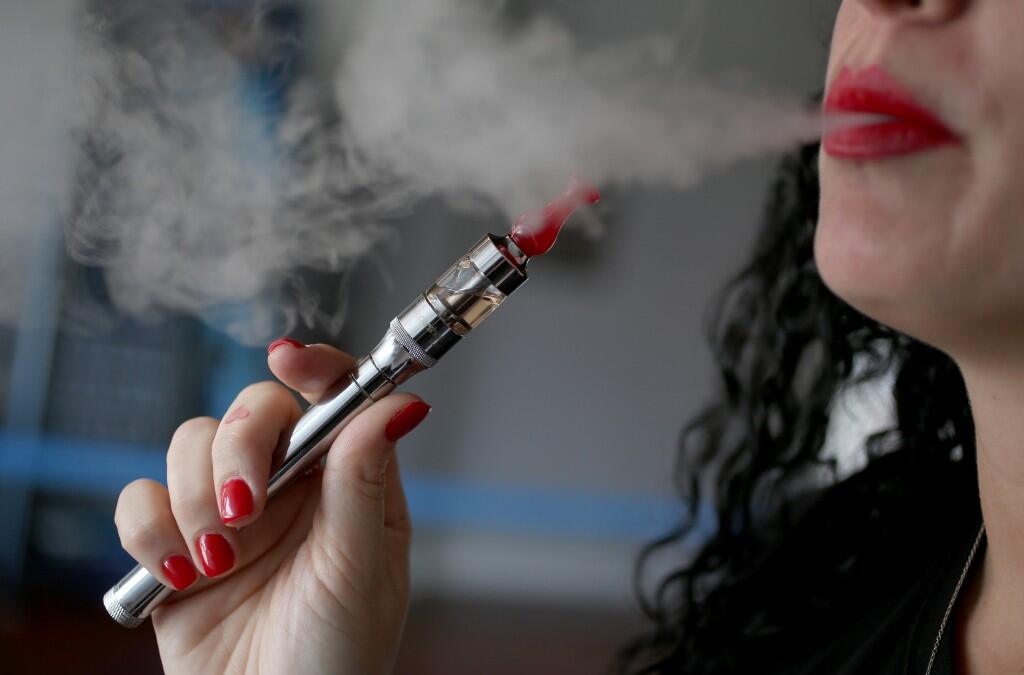 Electronic cigarettes were found to contain one million times more cancer-causing substances than outdoor air in a study by Baptist University.Researchers also discovered a type of flame retardant that affected the reproductive system and could lead to cancer – the first such discovery in e-cigarettes.The Hong Kong Council on Smoking and Health, which commissioned the study, called for a ban on e-cigarettes as soon as possible before they become more popular. In analysing 13 types of e-cigarettes bought on the market, researchers found that the level of polycyclic aromatic hydrocarbons (PAHs) – a by-product of burning petroleum that is commonly detected in roadside air – ranged from 2.9 to 504.5 nanograms per millilitre.

The substance, which contains highly carcinogenic chemicals such as benzo(a)pryene, also carries various kinds of chemicals that promote growth of cancer cells. “[Level of PAHs] in e-cigarettes is at least one million times more than roadside air in Hong Kong,” said Dr Chung Shan-shan, assistant professor in the university’s biology department. Polybrominated diphenyl ethers(PBDEs), a flame retardant used extensively in furniture and electronic products, were detected in a range of 1.7 to 1,490ng/ml in the 13 brands of e-cigarettes.

That level was much higher than in two samples of conventional cigarettes used in the study, which ranged from 5.6 to 6.3ng/ml. The chemical reduces the risk of burning in the plastic combustible component of e-cigarettes. But PBDEs disrupt the thyroid hormone and cause toxicity of the reproductive development.

“Even though we don’t know the exact number of e-cigarettes one should take, not to mention that many of the carcinogenic effects are cumulative, I don’t think there is a safe margin,” said Chung, adding that the situation was worrying. While the packaging of the tested e-cigarettes either claimed they contained zero nicotine or did not mention nicotine, they actually contained a level ranging from 3.5 to 28.5 ng/ml. Adding to the concern, a University of Hong Kong study, commissioned by the council, found that 7.9 per cent of smokers aged 15 to 29 had used e-cigarettes, significantly higher than other age groups.

The study, done between April and October last year, interviewed 5,252 people. Some 68 per cent did not know what they were inhaling. As 16 countries have fully banned the sales, advertising, import, distribution and manufacturing of e-cigarettes, the council’s chairman, Antonio Kwong Cho-shing, urged legislation to enforce a total ban as soon as possible. The Food and Health Bureau said it was discussing legislation to ban e-cigarettes with relevant departments and hoped to submit a proposal to the Legislative Council as soon as possible.