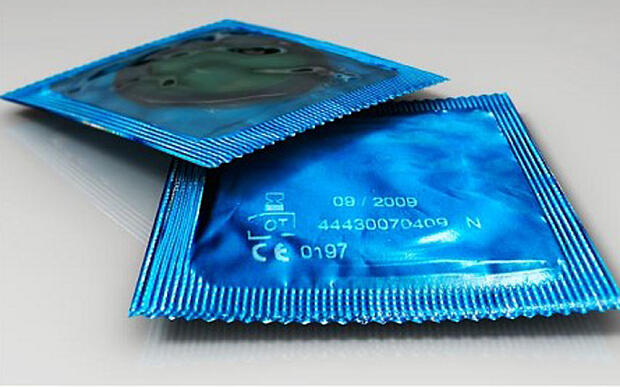 WHO rules MBT is a carcinogen, but experts say the risk to public in everyday products is low

A chemical that is found in condoms and babies’ dummies “probably causes cancer”, according to world health chiefs, who ranked it alongside red meat as a possible carcinogen.

While experts stressed the public should not worry about everday products, workers in factories that manufacture rubber goods were more at risk.

Meeting in Lyon, France, 24 experts from eight countries said there was enough evidence to add the chemical to its “encyclopaedia of carcinogens“.

Professor Hans Kromhout, a member of the committee that reviewed the chemical, said: ‘It has been identified in gloves and baby bottle teats and soothers.

“It has recently been identified in inhalable road dust with the wearing of rubber tyres the most likely source of this contamination.”

According to MailOnline, a WHO spokesman said: “MBT is used mainly in manufacturing rubber products. The most important exposures are to workers in the chemical and rubber industries.

“The general public may be exposed to small amounts of MBT by skin contact with some rubber goods, such as gloves and footwear, or by inhaling tyre dust in urban air. Risks to the public at large from these types of exposures have not been studied.”

As part of the review of the chemical, the WHO’s International Agency for Research on Cancer examined a study of workers at a Welsh chemical factory. The findings linked MBT to bladder cancer, bowel cancer and a type of blood cancer, but the presence of other chemicals meant MBT could not be confirmed as the sole culprit.

Professor Tom Sorahan, of Birmingham University, who led the Welsh study, said the small amounts of MBT in everyday products were not likely to be harmful.

“I doubt whether MBT is a health issue for the general population but workers manufacturing or using the chemical need to be protected,” he was quoted as saying by MailOnline.

“We need the regulatory system to work faster to protect us,” he told the newspaper. “People would be right to be concerned about this, and to ask retailers whether this chemical is present in products that they have bought.”