AUB puts Lebanon on the Global Research and Education Map 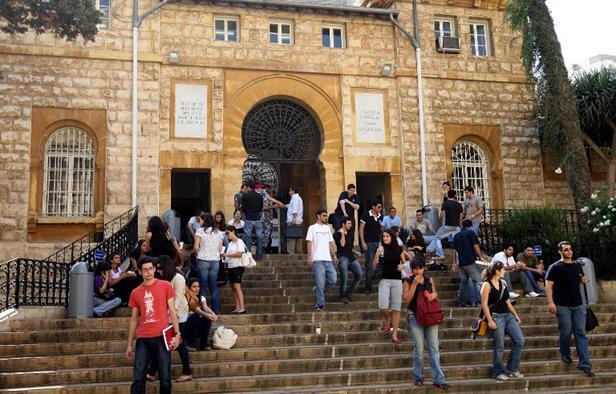 The American University of Beirut has signed an agreement with the Arab States Research and Education Network (ASREN) that connects Lebanon to the global research and education (R&E) community through the European Research and Education Network, GÉANT. The Network allows the sharing of research and the exchange of services between Lebanese institutions, ASREN, and GÉANT.  Allocating 10 Mbps of its existing internet bandwidth, AUB now connects with GÉANT through an ASREN link terminating in London, which provides a gateway for international R&E collaborations.

GÉANT is the pan-European data network for the research and education community that interconnects national research and education networks (NRENs) across Europe, enabling collaboration on research projects.  It partners with the regional networking organization ASREN (Arab States Research and Education Network) to support the creation of regional networks in the Eastern Mediterranean (through the EUMEDCONNECT3 program) and North Africa (through the AfricaConnect2 project) and their interconnection with the pan-European GÉANT network.

“This agreement is significant in two ways: ASREN and GEANT typically do not sign with individual institutions, but rather National Research and Education Networks,” said AUB Chief Information Officer, Dr. Yousif Asfour. “Signing with AUB, and having AUB represent Lebanon at GEANT is an exception.   Also, by joining ASREN and GEANT, AUB now has the opportunity to tap into and provide academic and research services to a large consortium of  universities and research institutions in the region, Europe and the world.”

This attempt to partner AUB with the research community worldwide has been going on for over a year.  Other steps have been taken in this regard with the facilitation of e-learning on campus and the establishment of eduroam, a secure, world-wide roaming network access service developed for international research and education and available to members of the AUB community who are travelling abroad as well as to other eduroam community members visiting AUB.  AUB also intends to take up additional services such as eduGAIN – which interconnects identity federations around the world, simplifying access to content, services, and resources for the global research and education community – and increase link capacity to facilitate and accelerate collaboration.

AUB is currently collaborating with other universities in Lebanon towards establishing a Lebanese Education Research Network (LERN) and a resulting collaboration on research and education exchange.

On AUB campus, the next step for the IT team is to reach out to AUB faculty and researchers to survey their research needs and introduce them to the services that have now become available for easier local, regional, and global research collaboration.

“We are reaching out to our faculty so that we can work together to identify and implement the services that best meet AUB’s needs,” AUB Network and Data Communications Director, Mr. Mohammad Abbas, told us.